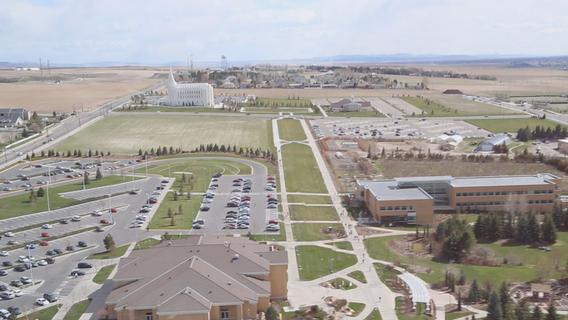 “It just feels right.” That’s often a student’s explanation for why they choose the college or university that they do. It doesn’t always come down to academic programs or pricing, it’s often a matter of the environment, the ambience, the whole town. They like the vibe, they can see themselves living there.

This week, Forbes featured a report from WalletHub on the best (and worst) college towns in America. To the surprise of many, our very own Rexburg, Idaho made number 3 on the list. The report “breaks down the pluses and minuses of hundreds of college cities and towns throughout the nation, rating them based on costs (25 points), social environment (25 points) and academic and economic opportunities (50 points).” For more information on WalletHub’s methodology that led to this list, click here.

Here’s what Forbes had to say about Rexburg:

Rexburg, Idaho, took third place, ranking second in the category of wallet friendliness. The town, which is home to a campus of Brigham Young University, came in 154th place in the social environment category—in fact, it was found to have the fewest nightlife options per capita of all towns analyzed—but it ranked 19th among all schools in the academic and economic opportunities column.

Rexburg’s total lack of nightlife and partying opportunities didn’t seem to detract from its high position on the list. That conclusion about the town seems to be charmingly in line with BYU Provo’s 20-year streak as the number one “Stone Cold Sober” school in America.