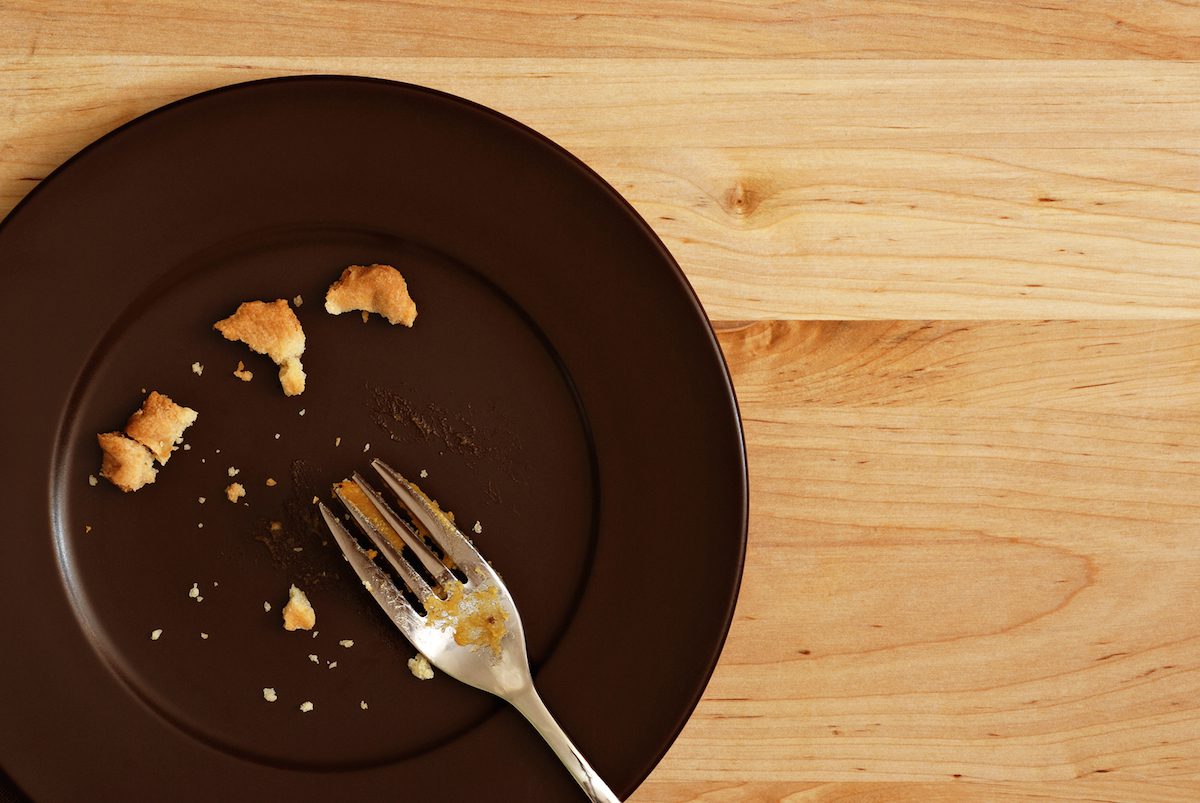 My sweet Aunt Bea was a strong willed, determined woman. She was also kind, loving, and always helped anyone in need. In addition, she grew up during the Depression, and like most people who lived during that challenging time, she couldn’t stand to see anything go to waste.

She lived alone, and one Monday evening I decided to take my family to visit her. When we arrived, she was busily pulling weeds in her garden.

When she saw us, she smiled and wiped the sweat from her face. “Well, I’ll be,” she said. “I just knew someone would come so I made extra food. Come in and have something to eat.”

I laughed. She always made extra food. I have never been to her house and not had her want to feed me. She loved to cook, and everything she made was incredibly good.

“I’m sure you can at least eat a bite of cake,” she replied. “I have some that is a couple of days old, and I don’t want it to go to waste.”

I knew that we weren’t going to get away without having some, so I said, “How about we give you a hand with your garden first?”

She nodded. “That would be nice.”

We helped weed her garden, and when we finished, we all went into the house and had some wonderful chocolate cake and some cold milk. We also enjoyed a great visit. As we were leaving, she wrapped up the last of the cake and handed it with me. “I don’t want to throw this out. You take this with you so it all gets used up.”

I thanked her, we all hugged her, and then we headed on our way. Only a couple of weeks later, I learned that Aunt Bea had fallen and was in the hospital. As I was trying to find out what happened and what hospital she was in, I learned that one of my paramedic friends had responded to the call.

“Can you tell me what happened?” I asked him.

“As far as we could tell,” David replied, “she was out working in her garden when she tripped over a garden hose, fell, and broke her hip. That was at about eight o’ clock at night. No one was around to help her, so she scooted along on the ground all the way to the house. It took her until one o’ clock in the morning to get into the kitchen where she pulled the phone down off of the counter and dialed 9-1-1.”

“That must have been horrible painful for her,” I said.

“That is true,” David replied. “But you won’t believe what she did when we came. While we were trying to prepare her so we could lift her onto the stretcher, she asked us if she would be in the hospital for a long time. When we told her that it looked as though her hip was broken and that she would likely have an extended stay there, she insisted that we needed to slow down. We paused, knowing she was in a lot of pain, thinking she wanted us to be more careful so she wouldn’t hurt as much.”

“But that’s not what she wanted at all,” David replied. “She said she had a nice lasagna in the fridge and some cake on the counter. She wanted us to stop and eat them. When we insisted that we needed to get her to the hospital, she said, ‘It’s really good lasagna. And the chocolate cake is nice and fresh.’ ”

David laughed. “Are you kidding? She refused to let us take her until we did, because she said she wasn’t about to have it all go to waste.”