Food for Thought: A 911 Dispatcher Hears the Hidden Plea for Help When a Woman Orders Pizza | Meridian Magazine 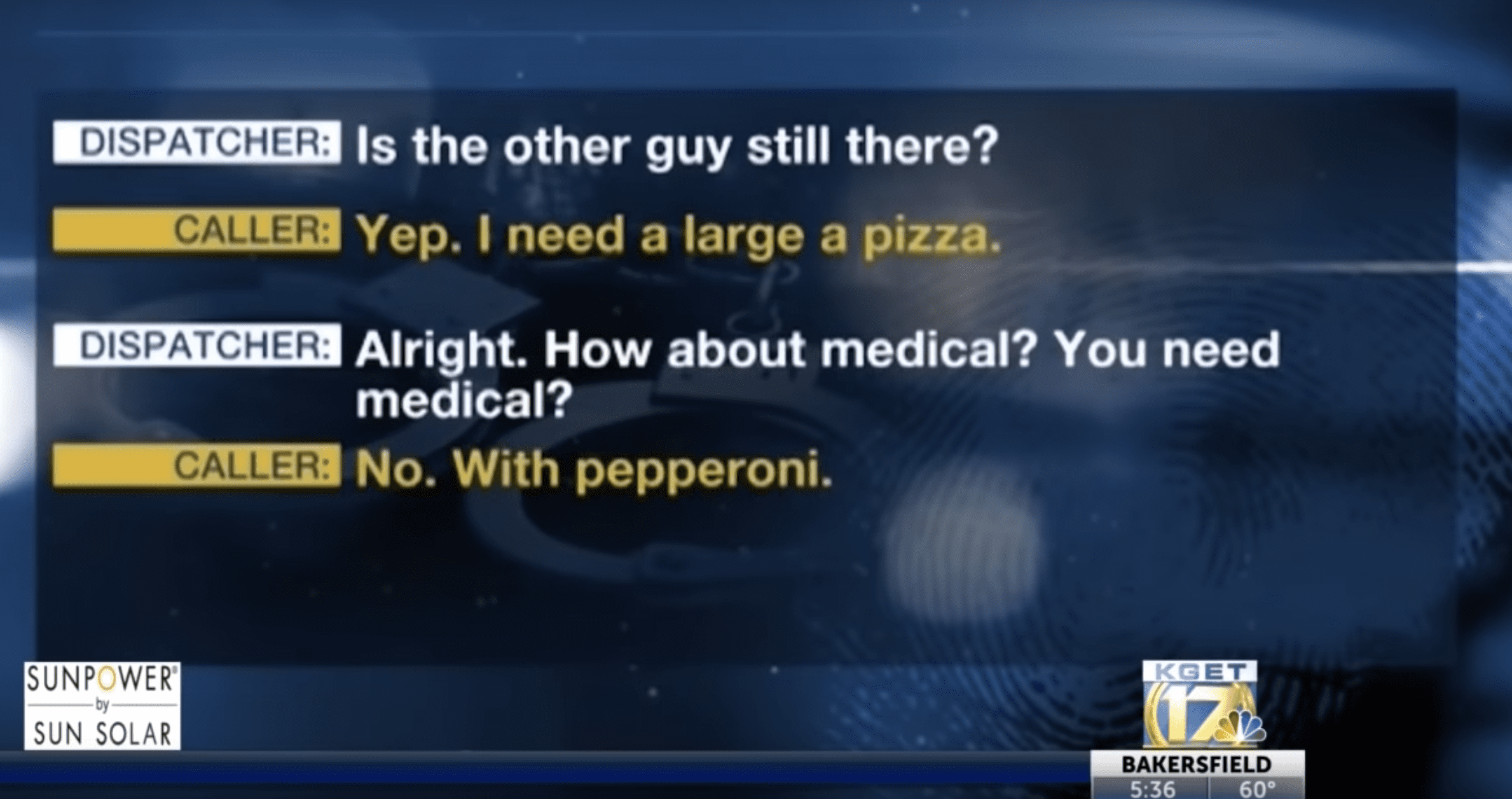 Food for Thought: A 911 Dispatcher Hears the Hidden Plea for Help When a Woman Orders Pizza

The secret to effective communication is a widely overlooked action that few of us seriously try and even fewer do well: listening. Not just closing your mouth periodically to politely let the other person get in a few words as you think about what you are going to say next. Not just nodding your head and saying,  “uh huh,” “I get what you’re saying,” or “I totally understand.” Listening involves seeking to understand not just the words that the other person is saying, but the meaning and emotions behind the words.

A person who can listen and understand what others are really feeling, thinking, or facing is one with an unusual power to touch and bless other lives. (Or in the business world, such listening skills put one in an unusual position to understand the real motives and needs of a partner or opponent, resulting in much more successful negotiations, as taught by the FBI’s former lead hostage crisis negotiator, Chris Voss, in my favorite business book, Never Split the Difference.)

The video below gives a great example from a recent case involving a 911 dispatcher in Oregon who took a call from a woman who apparently wanted to order pizza. With his deep listening skills, and I suspect a bit of divine inspiration,  he was able to hear her hidden call for help. The caller was in a domestic violence situation and was just pretending to order pizza to avoid alerting the abuser. Quick thinking on her part! This approach could be useful to some of us someday in a future crisis scenario.

I really appreciate the example of quick thinking from the woman who made the call as well as the listening skills of the dispatcher. How often I’ve bemoaned a missed opportunity due to my failing to think quickly enough of a clever solution, easy to see afterwards, that would have been so much better. And I’ve often regretted failure to listen well. It takes serious effort, practice, and attentiveness!

How many times have people in our lives made hidden pleas for help that we could have acted on if we had been listening carefully, not just to the literal words (“yeah, everything is fine”), but the emotion and reality behind the words? An unexpected comment, like “I would like to order a pizza,” might convey a much more serious need.

The scenario of covertly conveying information to a 911 dispatcher who then went the extra mile to figure things out and help in a difficult situation reminds me of one of the most gratitude-inducing experiences in my life (shared here in a 2007 post) when I had a suicidal friend on the phone, with a second phone on my other hand. I am so grateful for the dispatcher and the police woman and others in Appleton, Wisconsin who rushed to the scene and helped a troubled young mother have a second chance at life.

One aspect of that experience is that the woman called me on my landline, and the second phone was my cell phone that had been broken for a couple of months. I had just received the repaired cell phone in the mail that day. When I heard the words, “Bishop, tell my family I love them,” I knew something was seriously wrong. She explained that she was going to make her crash look like an accident and was about to drive into oblivion. She had a place picked for the crash and was ready to roll — I think she was serious.

Though terrified, I was able to grab the cell phone that had been charging for a couple of hours and call 911 while I kept her on the phone and silently prayed for help, holding landline in one hand and cell phone in the other, with my head squeezed in between. The female dispatcher who answered was terrific and quickly got what was going on. She coached me to get information about where our friend was. I was able to keep my friend on the phone until I heard some of the most wonderful words ever: “Oh, Bishop, did you send these people? Aargh!” She was rescued, got counseling and new help for coping with the disasters in her life, and today is a beautiful, influential powerhouse for good helping many in her community. I’m so grateful for her life and for the small miracles that allowed a 911 dispatcher to listen and respond.

May we all be more prepared to truly listen and respond.

The pizza order call to the police was set up sometime ago to allow persons in a domestic violence situation to get help without tipping off the offending individual. Dispatchers and officers are trained to respond to this type of call. God bless them all!