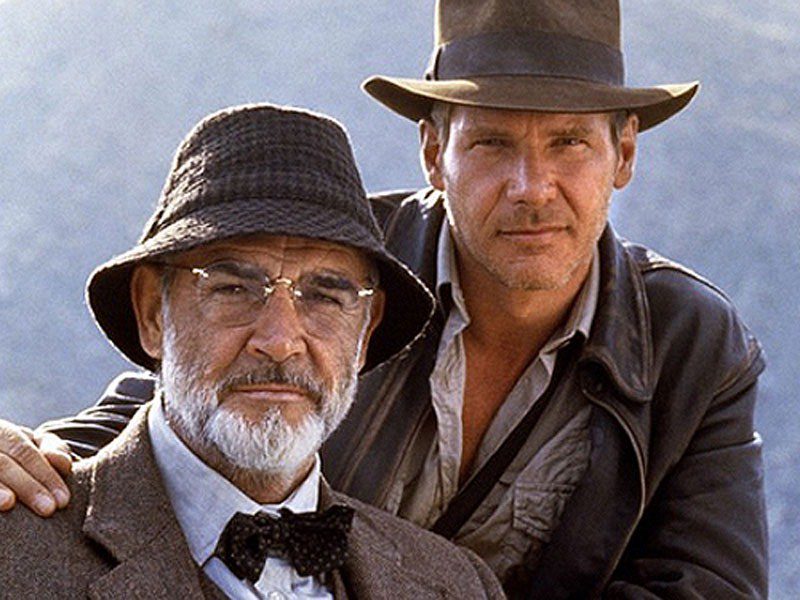 Looking for a movie to celebrate with? Scroll on down for my suggestions. So make some wings and pizza, settle down on the couch with dad, and enjoy these touching tales of father-children relationships this week. Here are my favorite films for Father’s Day.

Note: Not all of these films are for the whole family. For questions of content visit www.commonsensemedia.org. For recommendations of films for all ages, see my book 250 Great Movies for Latter-day Families.

Back to the Future (buy or rent here).

A teenager travels back in time and befriends his high-school age father. It’s fantastic.

This inspiring Christian drama finds policemen committing to being fathers according to the Gospel. A wonderful film.

Steve Carrell’s most grounded and charming performance as a widowed father who inadvertently falls for his brother’s girlfriend at a family reunion. This is a sweet little movie.

Steve Carrell again, this time as a supervillain with a hidden soft-side when he adopts three orphans as part of a plot, only to have his heart softened. This surprise hit is loaded with silly madcap humor.

This wholesome family comedy is great to watch with daughters. Ditto the sequel.

This is an all-American Father’s Day movie. Ultimately, it’s as much about faith and family as it is about baseball. The finale packs a real emotional wallop. Universally accepted as a movie it’s socially acceptable to for guys to cry over. Worth a revisit. Though I’ve always thought Kevin Costner is a better director than an actor, he’s in rare form here, giving an undeniably likable and moving performance.

A father braves sharks, stingrays, bombs, and the depths of the ocean to find his lost son. Laughs and stunning visuals all along the way.

Jim Caviezel stars as a policeman who connects with his long-dead father (Dennis Quaid) via an old ham radio. This time-bending murder-mystery is gripping, moving, and funny.

The Incredibles (buy or rent here).

Though it’s got superhero trappings, this tale of a father’s midlife crisis and rediscovering the importance of his family is just the ticket for Father’s Day.

Indiana Jones and the Last Crusade (buy or rent here).

Screen legends Harrison Ford and Sean Connery are the perfect bickering father-son in this, the funniest and most touching of the Indiana Jones films (and the true finale to the series; Crystal Skull, as my friend says, isn’t canon). Plus, there’s boat chases, motorcycle escapes, dogfights in the sky, and a fistfight with Nazis on top of a tank! What’s not to love?

Between his Kryptonian birth father (Russell Crowe) and his earthly adoptive father (Kevin Costner), Clark Kent/Superman is shaped into a hero through paternal guidance.

Humorous and heartfelt romantic dramedy, with a sweet father-daughter relationship. A widower re-enters the dating scene while coping with his daughter’s engagement.

Christian Vuissa’s realistic and charmingly sentimental look at the life of a man who struggles to balance being a father, husband, businessman, and Latter-day Saint bishop is a great snapshot of Mormon culture and beliefs, in addition to being a solid film for Father’s Day.

Return of the Jedi (buy or rent here).

This finale is the most emotionally satisfying film in George Lucas’ Star Wars saga, as Luke puts his life on the line to redeem his wayward father and bring him back to the “good side.” Though this trailer is for the Special Edition, I prefer the on the original theatrical version.

Rocky won Best Picture in 1976. Rocky II was equally heartfelt. After that, the sequels traded soul for machismo (still fun) and bottomed out with the truly awful Rocky V. Sixteen years later, Stallone redeems the franchise and himself with this fantastic final chapter. Rocky Balboa captures the character-driven spirit of the first two films and has powerful insights into aging, loss, and family as Rocky and his son cope with the loss of their wife and mother Adrian to cancer (which, despite the ad campaigns, is really what the film is about). This film is beautiful and uplifting.

With the feel of a feature-length, modern-day Twilight Zone episode, Signs is creepy, but it’s also a moving tale of a father’s love for his children and reconnecting with his faith.

The Testaments of One Fold and One Shepherd (buy here).

Powerful Latter-day Saint film depicts, at its core, a strained father-son relationship that is healed through shared faith.

Looking for more movie picks? Buy a copy of my book 250 Great Movies for Latter-day Families, available in paperback and Kindle. For my family film reviews, along with my relationship tips as a licensed marriage and family therapist, please visit www.yourfamilyexpert.com. Join me at BYU’s Education Week, where I’ll be presenting on “Stepfamilies and Adoption in the Gospel.”