Fiction Books to Enjoy as the Weather Gets Colder | Meridian Magazine 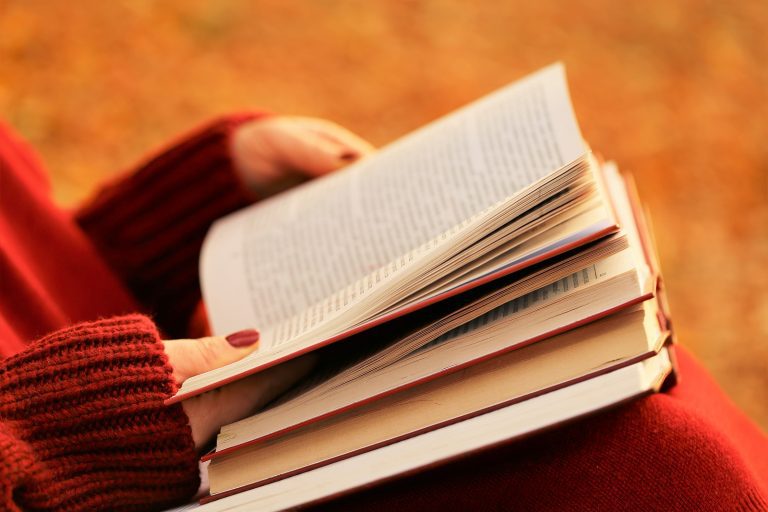 Fiction Books to Enjoy as the Weather Gets Colder

This could be a perfect time to enjoy reading.  The days are getting shorter and the air is becoming colder. Why not curl up with a good book that could take you on an exciting adventure?  These books are all fiction that include the following genres: mysteries, fantasy, adventure and historical fiction.  All books are good for ages eight and up unless otherwise indicated.

Kenny & the Dragon and Kenny & the Book of Beasts, by Tony DiTerlizzi, is a series that will capture the imagination and excitement of even the most reluctant reader.  The first book was originally published back in 2008 and is a delightful story with wonderful drawings sprinkled throughout done by the author. Kenny is a cute young rabbit who loves to read.  When he discovers a dragon on his farm he is alarmed, but quickly finds that this dragon is quite extraordinary as he’s nice and loves to read and desires to be his friend.  However, the rest of the townspeople want to get rid of him.  The second book is the newly published and much anticipated sequel to the first book.  This story is full of adventure with a witch to defy, a friend to save and a book Kenny and his pal dragon discover has a message inside they must locate.  The strong message found in both books is that using your brain can avert calamity and that friendship can conquer adversity.  These would be terrific read out-louds to ages five and up.

Kensy and Max: Breaking News, by Jacqueline Harvey, is the first book in a planned series.  Kensy and Max are twins that find themselves in a dilemma.  When they suddenly find themselves in London, they are alarmed that their parents are missing.  This is the beginning of many unexplained situations.  Their school seems very strange and there are coded messages that keep turning up.  As they begin to unlock the codes, you can do this as well.  Each chapter heading begins with a code that can be discovered by the reader.  This delightful mystery will keep you reading to the very end.  The second book is Kensy and Max: Disappearing Act.

The Amelia Six, by Kristin Gray, pays homage to Amelia Earhart throughout this mystery.  Six science-minded girls are close to have the opportunity to sleep over in Amelia Earhart’s Birthplace Museum.  The story is told through Millie’s viewpoint and she and the other five girls become close as they realize that Ms. Earhart’s goggles have gone missing.  The mystery is great fun to attempt to solve, along with learning many interesting tidbits about the famous pilot. And, there is much more information pertaining to Amelia Earhart found in the Author’s Notes.

Onward: The Search for the Phoenix Gem: An In-Questigation, by Steve Behling, is a magical tale about a teenage elf, Sadalia, who desires to become the best journalist in her town of Mushroomton.  Then one day a strange event happens when a red mist completely covers her school.  And quite suddenly a dragon appears out of the mist.  There are many events that Sadalia needs to investigate to write her news story.  For instance, how are the Lightfoot brothers involved?  Why are they searching for this unusual and magical Phoenix gem?  What she discovers is much more than she ever dreamed.  The story is filled with persistence, friendship, love and leadership.

Ways to Make Sunshine, by Renee Watson, is a sweet story celebrating family love and keeping a positive outlook in life even when times get tough.  Ryan is sad when her dad takes a job forcing them to move away from all that she knows and enjoys.  But she doesn’t let her circumstances get her down.  She is going to make the most of her new life and new school even when kids make fun of her “boy” name.  Her cheerful attitude not only brings a better response from the bullies in her school but helps her make new friends and bring more happiness to her family.  There are wonderful drawings sprinkled throughout by Nina Mata.  This book is good for ages seven through ten.

The Summer We Found The Baby, by Amy Heist, is a powerful historical fiction, yet simple in its portrayal. Julie and her little sister are heading to the grand opening of a library on Long Island.  As they head toward the library, they come upon an abandoned baby in a basket.  At the same time a boy who knows Julie, sees the sisters pick up the baby and believes they are in the act of kidnapping the child.  He is on his way to the train station to do an errand for his brother who is a soldier overseas.  The story is set in a summer during World War II and the layers of events are from the eyes of these three protagonists.  It all comes together at the end beautifully making this a wonderful read out-loud for families.

The Queen Bee and Me, by Gillian McDunn, is a beautifully written story dealing with friendship and becoming who we want to be.  Meg has been friends with Beatrice since Kindergarten and feels like she lives in the shadow of her friend.  But when she is accepted in a special science class and meets a new girl there, her life is about to change for the better.  This new girl, Hazel, keeps bees in the backyard and both decide to do work together on a beehive project for their science assignment.  There are so many correlations between Meg and the bees, that she begins to understand about who she is.  The metaphors in here are plenty, making this a perfect read out-loud for families.

Astro-Nuts: Mission Two: The Water Planet, by Jon Scieszka, and cleverly illustrated with much humor and abundance of rich color by Steven Weinberg, is a graphic novel which has a great story full of humor and adventure.  Four friends have just landed on a planet where they find much water along the preferences for humans.  However, they find some crabby clams and more unusual life beneath and begin to question the water that surrounds them.  Normally I don’t recommend these types of books as I prefer words to build the storyline and not pictures, but this book is rich with imagination and the pictures go perfectly with Scieszka’s clever story.  The author is one of my favorites in children’s books and he doesn’t disappoint here.  This is book two in this delightful series.