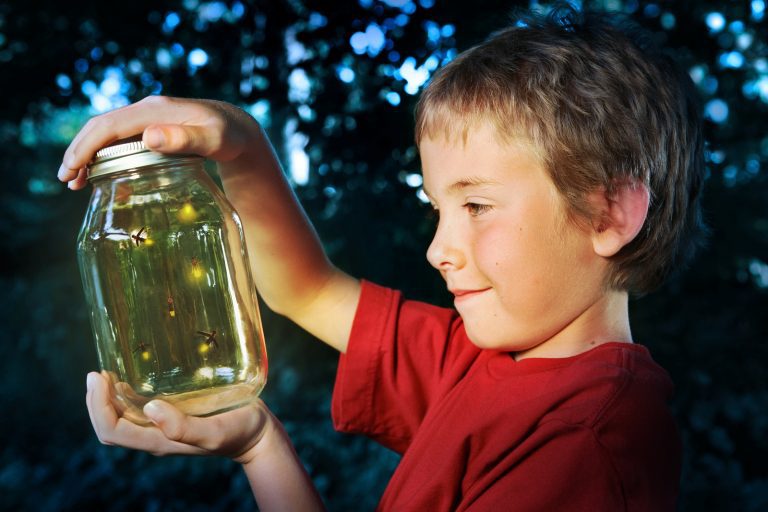 Family Vacation Through a Child’s Eyes

We had decided to travel to the eastern United States so my family could meet some of the wonderful people I knew when I lived there. From our home in the West, it was a long drive. But there were a lot of new experiences for our children.

As we were driving across Nebraska, my children stared at mile after mile of corn. My six-year-old daughter loves fresh corn out of the garden. It looked like a dream to her.

“Daddy,” she said, “can we come here when the corn is ready to eat?”

One night we set up our camp trailer, and I cooked Dutch oven potatoes, hamburgers, and scones. As the sun faded down behind the horizon, the fireflies came out. My children had never seen fireflies before. I had grown up in the west and had thought they were a myth until I lived in the east. As the fireflies started blinking, our four-year-old daughter, Elli, was amazed.

“Daddy,” she said, “there’s lots of little blinking stars on our tent. I think they fell out of the sky. Should we put them back?”

I captured one and put it in a jar so my children could see it. It sat quietly, not blinking.

“Can we take it home with us so it can be our star?” Elli asked.

I shook my head. “I’m afraid it wouldn’t be happy there. Its family is here.”

She agreed that it should stay with its family, so after everyone had seen it, I let Elli open the jar, and we watched it fly away. We sat outside late that night watching them blink.

One day at our campsite we heard something they had never heard before. My wife had spent years in Missouri, and she knew the sound well. The noise started out quietly, but as the days wore on, it became an orchestra of sound like all of nature was coming to life.

This time it was my six-year-old daughter, Heather, who was most intrigued.

“What are they doing?” Heather asked.

I captured one so everyone could see what they looked like. It sat quietly in the jar.

We made sure that everyone had a chance to see it, and then Heather let it go.

In the West, where we are from, it hardly ever rains in the summer. We probably get rain no more than once per month. But while we were camping in the East, it rained almost every day. When we were visiting a friend, the man said, “I’m sorry it’s so dry here for your visit. I doubt it has rained more than three times per week.”

My older children laughed, thinking he was kidding, but I told them he wasn’t. “You will notice,” I said, “that no one has sprinklers.”

They sat there and stared for a minute, then looked all around at the yards near us. They saw that I was right. They had never realized that there were places that didn’t need sprinklers.

As our vacation was ending, our youngest two daughters could hardly wait to tell their grandmother about all they had seen. When we finally had a chance to visit her, they were excited. It was interesting to hear them explain it in their childhood ways.

“Guess what we saw,” Heather told her. “We saw cricketas that were much louder than our crickets here, though.”

“And we saw more corn than even Heather could eat,” Elli added.

“And we saw places where no one even has a sprinkler,” Heather said.

“But best of all,” Elli said, “we saw firestars. And they give light when they smile. But they only smile when they are with their families because families make them happy, just like us.”

I couldn’t have said it better myself.

Another winning essay. And this one makes me feel warm and fuzzy all over.