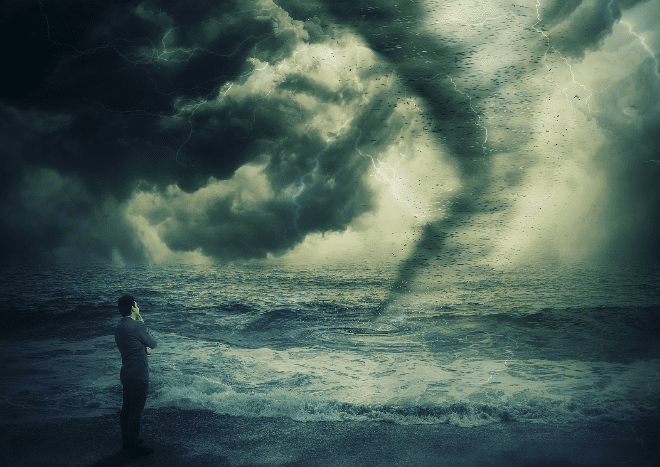 I’ve long been interested in the way Mormons understand and respond to adversity. Back in 2014, I wrote an article for First Things about what I called Mormonism’s “ruthless optimism”, and I had that article in mind a lot as I read Elder Ashton’s talk on Adversity and You. In the First Things piece, I talked about how Mormons are sometimes criticized in the wake of tragedy for being too cheerful. This happened with Cassidy Stay, the lone survivor when her parents and siblings were murdered, and also with Robbie Parker, whose daughter was killed in the Sandy Hook shooting. In both cases, Stay and Parker were accused of perpetrating hoaxes.

We Mormons are an imperfect people. That goes almost without saying. When it comes to responding to adversity, our cultural failings include an unrealistic expectation that righteousness correlates with avoiding adversity (it does not) and a corresponding pressure to pretend we’re doing better than we are. But the other side of that imperfect striving to overcome adversity is a beautiful willingness to—as Stay and Parker both did—look for God’s bright love even in the middle of suffering from some of humanity’s darkest evil. In short: we don’t get everything right, but I am proud of the way that Stay and Parker (and many others) have represented our belief in striving to be faithful in times of adversity.

The roots of that striving come from talks like Elder Ashton’s, where he clearly taught adversity has to be a part of life because “the ones we oppose or resist—our opponents, our foes, our enemies, or our problems—are often the determining factors in our ultimate strength and achievement.” If the purpose of life is to develop God-like attributes, then the only way to do that is in a context of struggle.

This is probably the key insight Mormons have—and it is unique to Mormons—that changes how we approach adversity. We believe in not only worshipping and serving our Heavenly Parents, but in becoming like them. And so we have an essentially different attitude when it comes to suffering and adversity. We see our struggles as not only something to endure, but also something that can—in time and with God’s grace—fulfill our purpose here on Earth.

Of course that’s a two-edged sword. That’s why I used the term “ruthlessly optimistic,” since we need to resist the temptation to be dismissive or glib about pain and suffering and adversity. To merely write off someone else’s tragedy as nothing but a stepping stone to exaltation is a kind of sacrilege. Replying to someone in the midst of anguish with platitudes is an abdication of our command to “mourn with those who mourn.” It’s a tricky balance. Individually and collectively, we don’t always get it right. But, with counsel like this from Elder Ashton, we can keep striving to use our unique theology to approach hardship with an eternal perspective:

Those who yield to adversity become weaker. To the valiant it is a stepping-stone to increased power. Members of The Church of Jesus Christ of Latter-day Saints and God-fearing people worldwide will not pray for freedom from trials. They will not surrender or panic. They will strive to put themselves in condition to meet and master troublesome trials.

The important thing here is that we will “strive”, not that we will always get it right nor that we will be successful right away. In the short-run, it’s not a question of “getting over” our tragedies or not. It’s just a question of our attitude in how we confront them. “Satan,” Elder Ashton wrote, “wants us to feel unequal to our worldly tasks.” But, “if we turn to God, He will take us by the hand and lead us through our darkest hours.” That doesn’t mean the darkest hours won’t come, or that the path through them will be short, only that if we hold out help will come.

My life has not been an exceptionally hard one. I have known ordinary failures and struggles, but never experienced great personal tragedy. I don’t speak from first-hand experience. For me, this is a matter of faith. I don’t know, but I do believe.

I want to share one more thing that Elder Ashton shared in his talk, and it’s just a little bit of a pivot. When it comes to the particular adversities that come from being unpopular, from being mocked, from being accused and derided, here is what e had to say:

There is an important step beyond avoiding contention and strife; and that is to live with dignity. There is something sacred about living with dignity. We need not quarrel or compete with those who promote and encourage controversy. We need not spend our time in retaliation. They who would deceive, destroy, or belittle reap their own rewards. Their works are neither praiseworthy nor of good report. How disarming it must be to the enemies to see the valiant moving forward with poise and dignity under all challenging circumstances. Scorn and ridicule are two of the greatest forms of adversity we are required to face in today’s world. Doing the will of God on a daily basis leaves no time for contention or confrontation.

This is definitely timely advice, at a time when there are those within and outside the Church who are trying to use public pressure—and especially “scorn and ridicule”—to intimidate or coerce the changes they want to see.

How do we respond? We “live with dignity.” That’s definitely a virtue we don’t here about a lot these days, and something that all of us can strive for.

Leah, I can so relate to your comment, having recently experienced the loss of a loved one myself. Early on I encouraged my children to look for the blessings and beauty around us because there is always beauty and blessings to be found if we look for them. Almost from day one I felt that how I deal with this loss is up to me. I could either let it destroy me and my faith or I could let it strengthen my faith and shape and mold me into what God wants me to be. I can't change what happened, but I can choose to face it with courage, determination, hope, and faith - among other things. I haven't known what to call it I just know it is real. I tell people that the strength I feel doesn't come from me. I am not capable of doing this on my own. It is a daily (sometimes hourly) choice to put my trust in God that He can and will lead me through, and together I will survive and even thrive.

Thank you for contributing Leah. You expressed how I feel also. I will add ruthless optimism and steely fortitude to my vocabulary going forward.