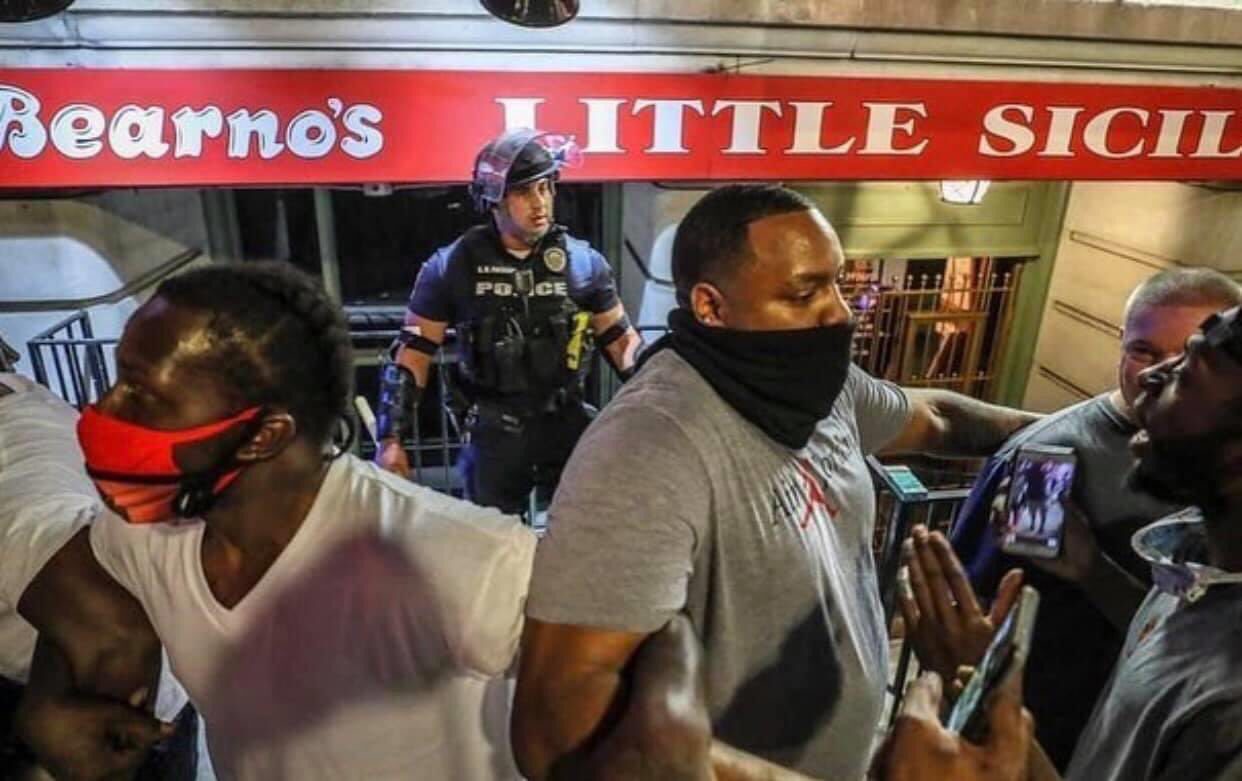 Eight Examples of Unity and Peace from This Weekend’s Protests

The events of this last weekend in response to the killing of George Floyd have shaken an already shaken country. Unfortunately, the feelings of insecurity and division are only made worse by the coverage, both in the mainstream media and on social media. So much focus remains on the rioting and the violence, that very little attention has been given to the peaceful protests and moments of inspiring unity that also occurred this weekend.

Here are just a few examples:

1. Dancing in the Streets of Newark

Put this on the news. pic.twitter.com/YfXB2x6bcz

2. Police Take a Knee to Join Protestors in Santa Cruz

Santa Cruz Police Chief @chiefandymills takes a knee to protest the killing of George Floyd & other Black Americans by police.

#Watsonville, #california #Police Chief David Honda signed a pledge on Sunday not to tolerate racism in his department while attending a protest about the police killing of #georgefloyd #santacruz

3. 9 Minutes of Silence Outside of the National Museum of African American History and Culture in Washington, D.C.

A powerful moment as protestors take a 9 minute moment of silence outside of @NMAAHC in honor of #GeorgeFloyd #BlackLivesMatter #dcprotest pic.twitter.com/G05RihEMtj

4. Protestors Form a Human Shield Around Officer Separated from His Unit.

As people became increasingly hostile in Louisville in a series of events protesting the killing of Breonna Taylor, an unarmed woman who was killed by officers in her home in March, a few protestors linked arms to protect an officer in danger (via Courier Journal, Louisville).

5. Protestor and Officer Hug in Louisville

She just went in for the hug, and the officer accepted. Lasted almost a minute. Incredible pic.twitter.com/rJjvN0yhXz

In addition to this moment of connection, Black Lives Matter hosted a healing ceremony in Louisville where locals handed out sunscreen, water, and masks for attendees.

7. Drums and Dancing in Rochester

What they won’t talk about regarding our protest today in Rochester!!!! We were peaceful #RochesterNY #rochesterprotest #Rochester pic.twitter.com/YGN5DEBigI

Oh my God it’s happening in Flint too.

Protesters chanted: “WALK WITH US!!”

So the sheriff and his men joined the protest.#GeorgeFloydProtests pic.twitter.com/igRsMyD5aD