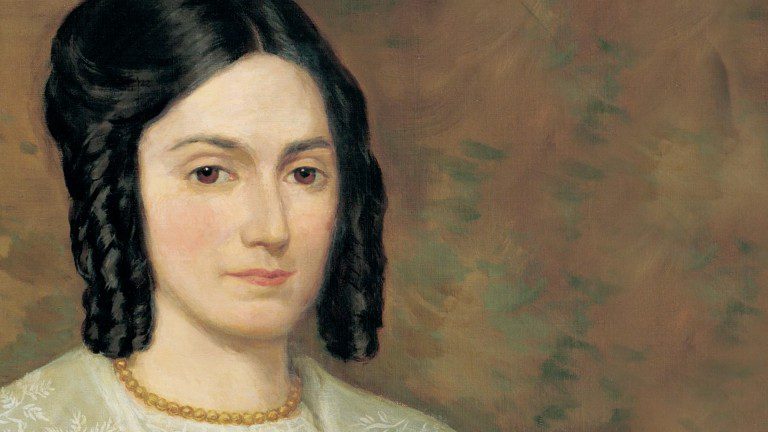 While she talked to us the tears flowed from her large, bright eyes like rain, and I could see in every act affection for Joseph.  (28)

She spoke very affectionately of Joseph and said “I never had any reason to oppose him, for we were always on the best of terms ourselves; but he allowed some others to persuade him in some measures against his will, and those things I opposed.  He was opposed to the destroying of the press of the Nauvoo Expositor, but the council overruled him by vote, and he told them they were the cause of its destruction, but he would be held personally responsible for it; and often heard Joseph contend against measures in council, and sometimes he would yield to them.”  (29)

I said to her:  “Did Joseph have any knowledge or premonition of his death before it took place?”

She replied:  “Yes, he was expecting it for some time before he was murdered.  About the time he wrote those letters that are in the Book of Covenants [see D&C 127, 128 — September 1842] he was promised if he would go and hide from the church until it was cleansed he should live until he had accomplished his work in the redemption of Zion, and he once left home intending not to return until the church was sifted and thoroughly cleansed; but his persecutors were stirring up trouble at the time, and his absence provoked some of the brethren to say he had run away, and they called him a coward, and Joseph heard of it, and he then returned, and said, ‘I will die before I will be called a coward.’

“He was going to find a place and then send for the family, but when he came back I felt the worst I ever did in my life, and from that time I looked for him to be killed, and had felt so bad about it, that when he was murdered I was not taken by surprise, and did not feel so bad as I had for months before.”

Emma’s disparate reactions to her fears of Joseph’s death and then, afterward, to his actual death, remind me somewhat of David, in 2 Samuel 12:13-23.

Emma, seconds before her death, reportedly reached out towards empty space as if reaching for something/someone and called out "Joseph! Joseph! Joseph!" I believe it was a sign of great mutual affection! She could see Joseph at that instant—who had come to greet her as she made the transition from this world to the next.

Why is the biblical reference linked to the NIV instead of the KJV?