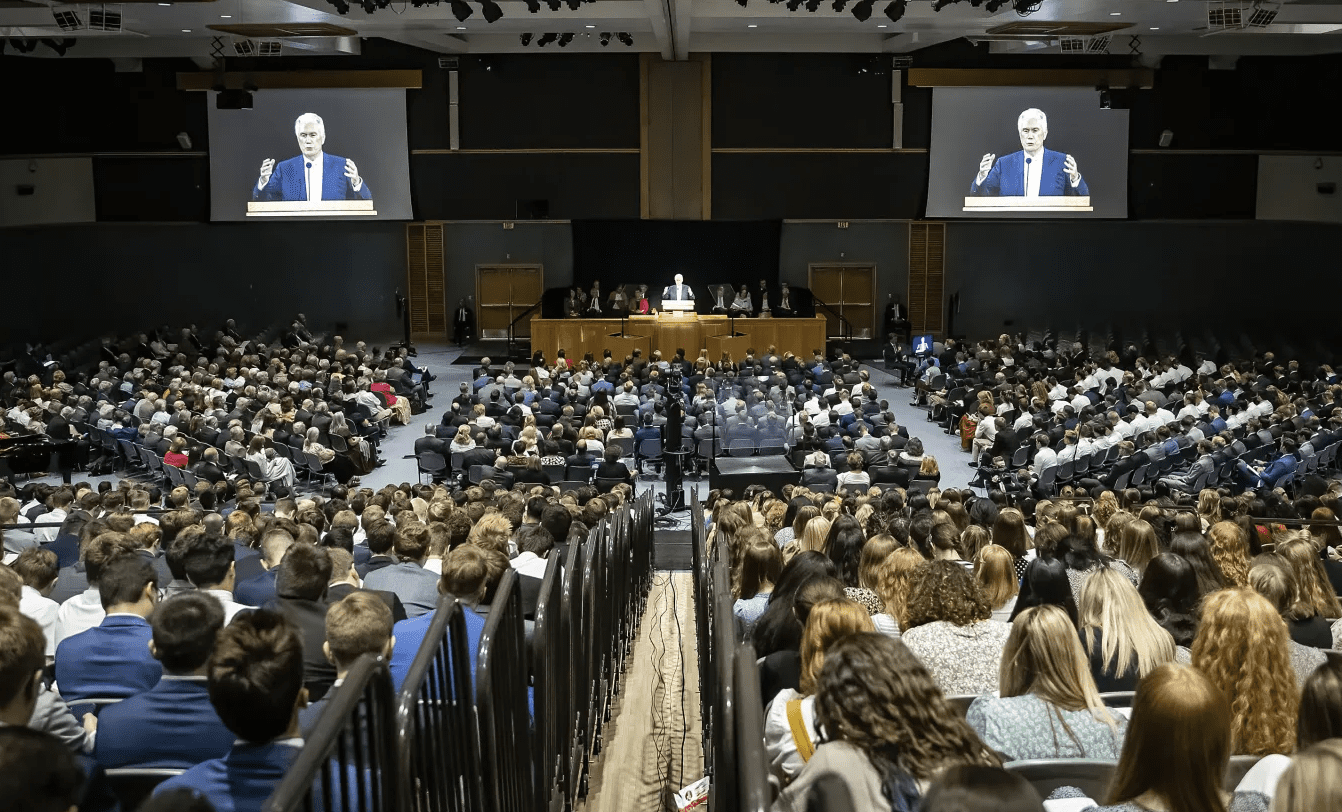 A missionary’s success “is doing well those things over which you have control,” taught Elder Dieter F. Uchtdorf to missionaries of The Church of Jesus Christ of Latter-day Saints training worldwide.

“Take solace in knowing that God will work through you — even when you do not see evidence of Him doing it,” said the member of the Quorum of the Twelve Apostles in a Tuesday, Sept. 6, devotional at the Provo Missionary Training Center. “And He will bless the work worldwide in ways you cannot know.”

He related the experience of a friend who learned how a missionary visit to a foreign prison nearly a half-century earlier resulted in unexpected influences that will ripple through eternity.

He and his wife, Sister Harriet Uchtdorf, spoke not only to the 1,200 new missionaries at the Provo MTC but to hundreds more, as the devotional was broadcast to the Church’s nine other MTCs and to those missionaries in at-home training. And after the hourlong devotional, the Uchtdorfs walked the aisles, greeting, gesturing, waving and acknowledging the attending missionaries and MTC leaders.

How to be successful

A missionary’s success isn’t measured by baptisms, Elder Uchtdorf said. “The number of people you baptize is something over which you may have limited control. Therefore, if you place that as the indicator of whether you are successful, it could lead to frustration, disappointment or false pride.”

Rather, successful missionaries concentrate on doing well the things over which they have control — one’s own thoughts, feelings and actions.

“Be successful with these three things, and the Lord will magnify your efforts as missionaries.”