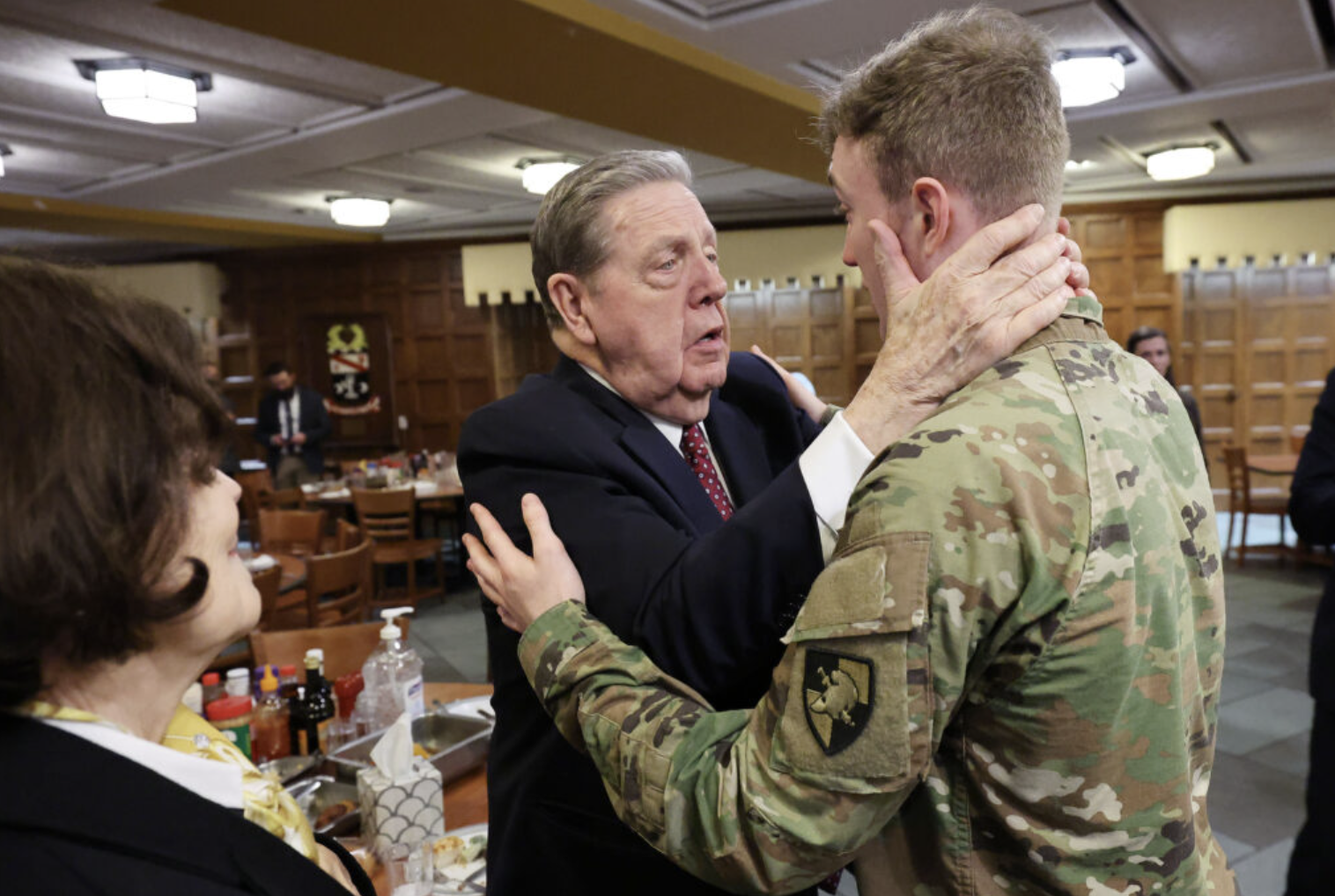 WEST POINT, New York — During a time of international conflict and war — more than 150 years after the first Latter-day Saint entered a United States military academy — Elder Jeffrey R. Holland stood in the historic Cadet Chapel at West Point and addressed those who serve in defense of freedom.

“We are as sobered and sad as you are about what is happening in Eastern Europe,” said Elder Holland of the Quorum of the Twelve Apostles on Friday, March 18. “A tragedy is unfolding for people we love and people we know, people we have prayed with and wept with, laughed with and worshiped with.”

Of those whose daily experiences are defined by the horrors of war and all that ripples from them, Elder Holland said “life is going to be very difficult for very innocent people.”

He noted that Eastern Europe is “not the only place there is trouble in the world” and this is “not the only time” that peace has been threatened. The world needs resilient leaders who can handle “dissonance, surprise, disappointment and fear,” he said.

Traveling to New York with Sister Patricia Holland, Elder Holland’s remarks during the sesquicentennial celebration of Latter-day Saint cadets were the capstone of a busy day for the senior Church leader at West Point — including lunch in the cadet mess hall and the dedication of the new chapel near the academy.

my son went to west point and grad in 1995. he later worked there and i went to baby sit my grandkids. what a wonderful place. so historic. i loved west point. i took my gkids to church and there wasnt a dedicated chapel then. i am so glad that there is one now and its a long time coming. praise the Lord and Amen...