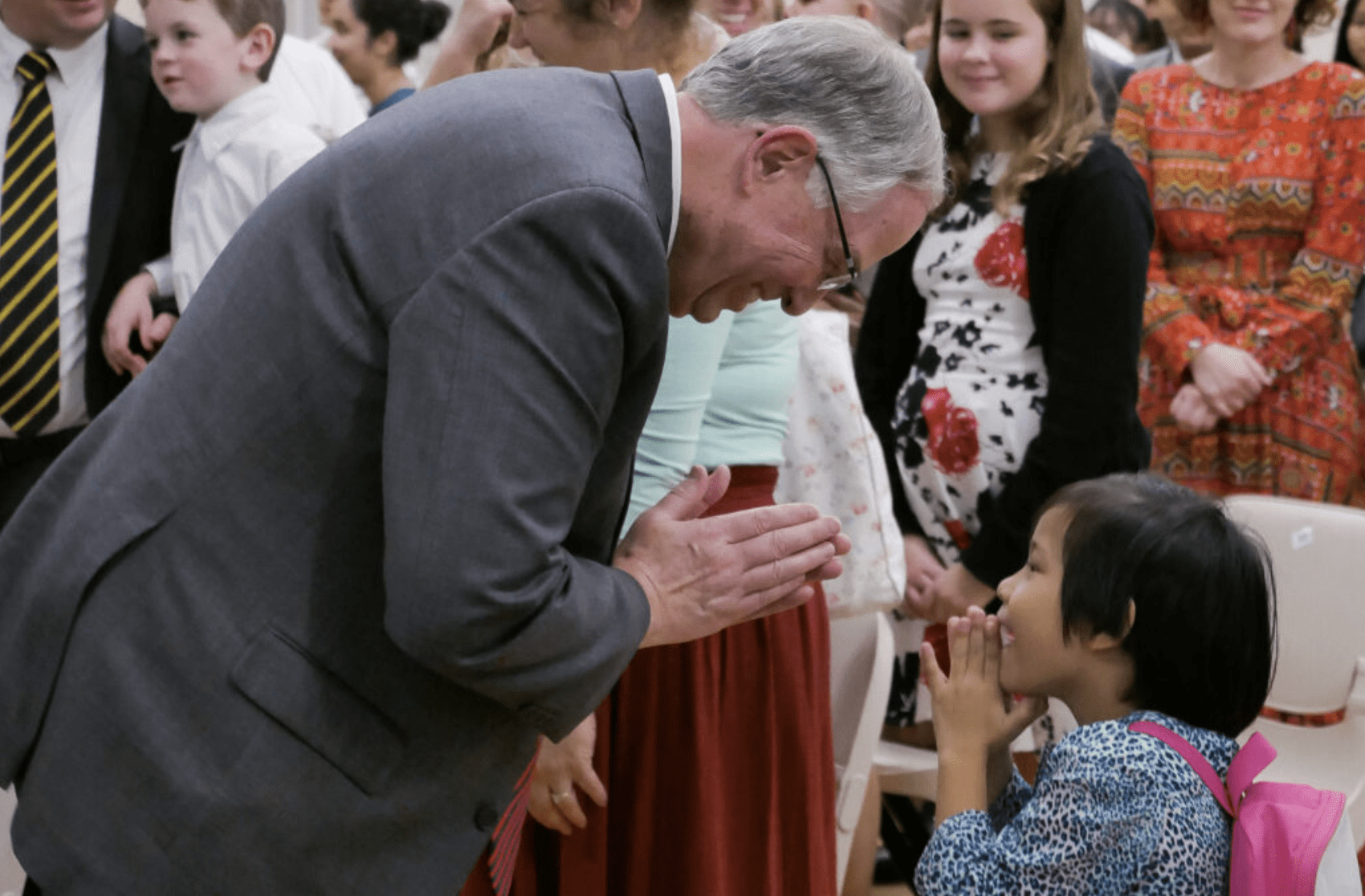 Elder Neil L. Andersen walked the length of the hotel ballroom in Bangkok, Thailand, repeatedly and respectfully acknowledged the members in the capacity congregation.

With each greeting, Elder Andersen of the Quorum of the Twelve Apostles felt the goodness of the Thai Latter-day Saints and could not shake the feeling that in the land of 63 million people, they are a “light on the hill.”

The Jan. 12 meeting was part of a recent assignment for Elder Andersen in Thailand, known as the “Land of Smiles.”

In addition to the member meeting, he also met with young single adults and missionaries, testifying of Jesus Christ and speaking about the temple under construction in the nation. He was accompanied by Elder David F. Evans, Asia Area president.

Missionaries arrived in Thailand in 1968; today the country is home to more than 22,000 Church members in four stakes and two districts.

The Bangkok Thailand Temple, the first for the nation, was announced in April 2015 and will serve members in Thailand and all of Southeast Asia.