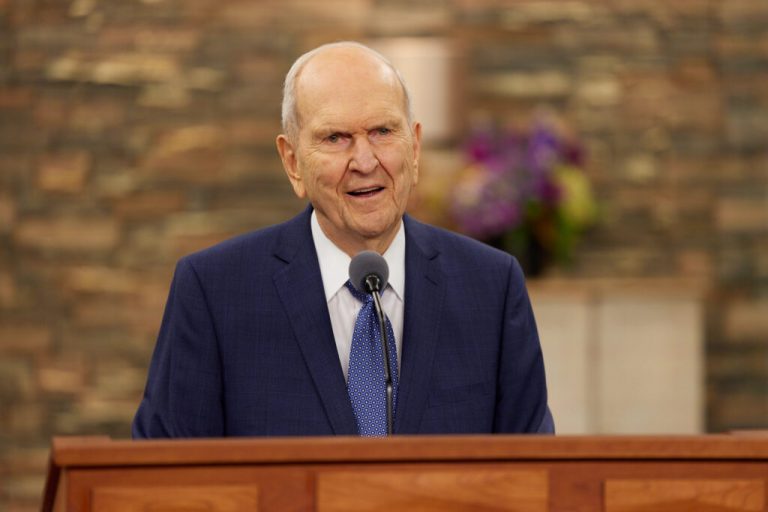 As members of The Church of Jesus Christ of Latter-day Saints seek truth, make and keep covenants with God and help gather Israel, they will be an unmistakable force for good, said President Russell M. Nelson during a devotional broadcast to California on Sunday, Feb. 27.

“I have complete faith in you, my dear brothers and sisters…,” he said. “You have access to the power — God’s power — that will literally change the future.”

Speaking to Latter-day Saints in California — where the Church has 15 missions, seven temples, and more than 750,000 members in 153 stakes — President Nelson addressed the topic, “California, Covenants, and the Gathering of Israel.” His wife, Sister Wendy W. Nelson, and Elder Brent H. Nielson of the Presidency of the Seventy and his wife, Sister Marcia Nielson, also spoke during the special broadcast. The meeting was conducted by Elder Mark A. Bragg, a General Authority Seventy and president of the Church’s North America West Area, who attended the broadcast with his wife, Sister Yvonne Bragg.

During his remarks, President Nelson said California has great significance in the history of the Church and the state, and its people continue to be of great importance to the Lord.

Latter-day Saints in California live in a vital crossroads — a place where the world gathers and is influenced, he said. “What kind of influence would the Lord want His people in California to have? The answer: You are here to help make life better — for yourselves and for others.”

President Nelson offered three invitations that will help Church members “gain the elevating influence” that God is counting on them to have.