During recent visit to Oxford, Elder Cook talks about the ‘precious precursors’ to documents that ensure religious liberty | Meridian Magazine 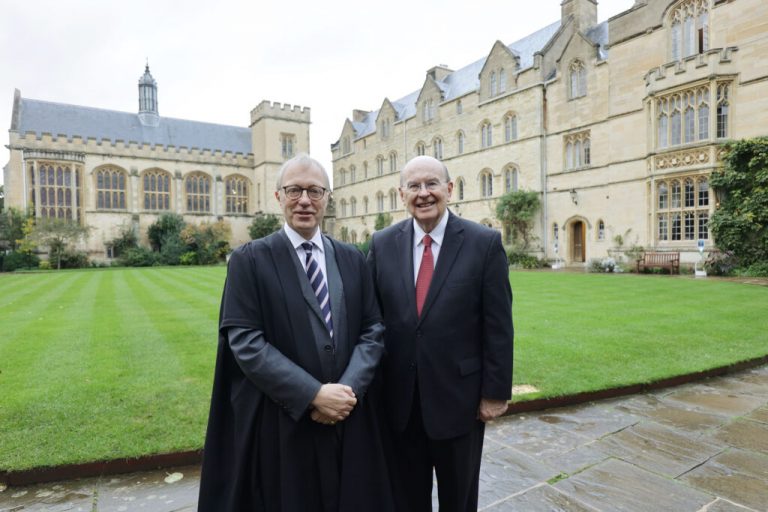 During recent visit to Oxford, Elder Cook talks about the ‘precious precursors’ to documents that ensure religious liberty

As he visited the McGowin Library that houses Pembroke College’s Special Collections at the University of Oxford, Elder Quentin L. Cook examined a range of old books and commentaries on the Laws of England.

The collection — the works of Sir William Blackstone, an 18th century English jurist and judge — holds great significance to both the college and to Elder Cook, a member of the Quorum of the Twelve Apostles of The Church of Jesus Christ of Latter-day Saints.

Blackstone’s work built on efforts that started centuries earlier. It was here on English soil, beginning five centuries before Blackstone with the Magna Carta in 1215, that the ideas of religious freedom took root.

“One of the reasons that we are here is that we wanted to look at the influence of the laws in England, the events in England, the people in England, that have had an enormous impact on the Constitution of the United States, and particularly on religious freedom and individual freedom,” said Elder Cook, who was hosted at Oxford by the Master of Pembroke College The Rt Hon. Sir Ernest Ryder.

The Master of Pembroke since July 2020, Sir Ernest has a legal background. He served in the United Kingdom Judiciary as Senior President of Tribunals (their head of jurisdiction) and as Lord Justice of Appeal before accepting a position at Oxford.

Elder Cook — also an attorney before his call to full-time Church service — sat for a Church News interview in front of Blackstone’s portrait in the Senior Common Room at Pembroke College and spoke about “the precious precursors” to the Declaration of Independence, the United States Constitution and related documents. The documents, which provided for accountability to God, were inspired, said Elder Cook.

The progression of basic principles “have established religious liberty as part of essential or inalienable rights — the fundamental right of each individual to live according to his or her faith and beliefs,” he explained.