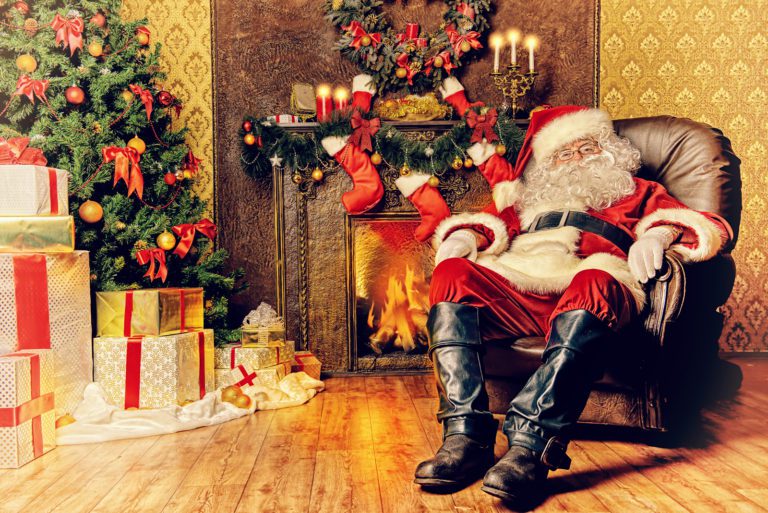 Note: This article is adopted from a Familyshare.com article by the Eyres

Have you, as a parent or grandparent, ever worried that believing in Santa and then gradually growing out of that belief could prompt a similar belief-to-doubt sequence in your children?

Let’s face it, Christmas can be a confusing time for kids. When they are little, they believe in Santa and the North Pole and the elves; and they also believe in the Christ Child and the manger and the shepherds and the star.

As they grow older, they begin to understand that Santa is a myth. How do we be sure that they do not connect or confuse the two beliefs and begin to think that perhaps Christ might also be a myth?

And here is a second, connected Christmas dilemma for parents: We want our kids to be excited about making their list and writing their Santa letters and anticipating and getting their gifts; but we also want them to feel the spirit of giving, and to be equally excited about finding or making or buying gifts for others.

The best way we have ever come across to solve these two conundrums is to clearly separate the Santa myth and the Christ reality in the minds of your children and to also separate the getting part of Christmas from the giving part. Here’s how:

Jesus Christ on the other hand, is very, very different than that because He is “real-real” in that He actually was born on earth to Mary and Joseph and gave us the greatest gift of all time. His story, with the innkeeper and the manger and with the star and the wise men is the truest and most important story of all time. Make sure your kids know that it is OK to think of both Santa and Jesus at Christmastime but that they are NOT the same—that one is a fun story in our imaginations and the other is the greatest true story of all time and the most real thing there ever was. (To see the results of this kind of discussion with a ten year old, watch the accompanying video.)

Then gather around the Christmas tree and open only the gifts from the children. Focus entirely on the giver. “Oh, just what I wanted, how did you know?” “Wow, did you make this?” “You found such perfect gifts.” Let each child have a turn where he or she gives out the gifts he or she made or chose and let the child feel and revel in the joy of giving.

Having focused entirely on Jesus and on the joy of giving during Christmas Eve, you can then shift to Santa and stockings and the joy of getting on Christmas morning!

There is indeed room for both Jesus and Santa at Christmastime, but parents have to be careful to separate the two in the minds of their children!

My parents felt strongly about not lying to us especially as trusting children. We always knew that Dad was Santa, and we still have very happy memories of Christmas.

I feel that the way my mother handled Santa, Jesus and Christmas giving was well done and I followed her example with my children. I was second in the family and believed in Santa until I was about 6 years old. We were also encouraged to get presents for our brothers and sisters and the gift was to be a secret. Then I figured out that it didn't make sense for one man to fly around the world and visit every good child in one night and reindeers can't fly. I asked my mom "Is Santa real" and she said yes. I kept asking her and she finally said that Santa was a real man that lived a long time ago and gave gifts to everybody, so now Santa is the Spirit of Giving and that is very real. I knew that she was telling me the truth but was feeling sad. She said, "Would you like to play Santa with Dad and I on Christmas eve.?" I was so excited, especially when they let me in on the secrets of some of the Gifts from Santa for the younger children as they we preparing them. She also let me stay up on Christmas Eve to fill the stockings and help put out presents. Also, on Christmas eve we read from the Bible and acted out the nativity and talked about the mission of Jesus on a child's level. I never thought to ask, "Is Jesus real?", because it made sense and my parents had already helped me gain a Testimony of Him. We also learned about Jesus in Sunday School and Primary. He wasn't just spoken of once a year but part of every day as we spoke of Him and prayed to our Heavenly Father in His name.