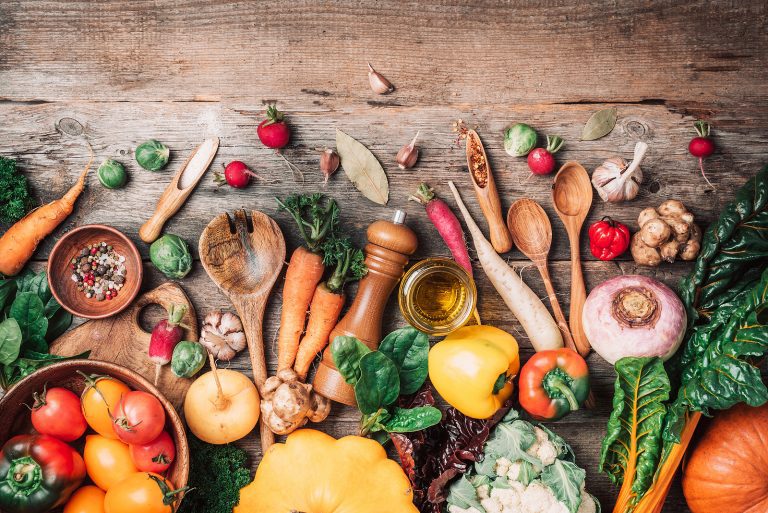 You have to wonder, do canned or boiled veggies really retain all their nutrients?  Think about it: you BOIL things to sterilize and kill germs! That begs the next question: Does canning and microwave cooking kill veggies? What about when they’re pulverized into a trillion smooth micro-bits with liquid in a blender? Does that process destroy any of the nutrients or benefits? Should we focus on raw vegetables for best health?

In a nutshell: Cooking, even microwave cooking, actually releases some nutrients!  Fresh is only better if it’s eaten within a very few days from the grocery store, and ANY way you eat your veggies is better than NO veggies!  Here’s Eating Your Veggies 101!

The primary factors in retaining nutrients when using a microwave are short cooking times and little added water. Use as LITTLE water as possible when microwaving — that’s where the nutrients are loss.

According to Harvard Health Publications, certain nutrients, such as vitamin C, will break down when exposed to heat, regardless of whether you cook using a microwave or through more conventional methods.

However, because microwaves cook foods quicker, they may actually do a better job of preserving nutritional content that can be destroyed as a result of high heat exposure. Nutrients are also better preserved when minimal amounts of water are used during cooking. To further preserve the nutritional content of vegetables, Columbia University recommends not peeling the vegetables and using large pieces. Cover the foods so they steam during the cooking process, further reducing the cooking time.

During the cooking process, some nutrients leach out of the vegetables and into the cooking water. The longer they cook, the more nutrients escape. When making a soup or stew, this may not be an issue, as the broth is consumed along with the rest of the soup. However, when cooking vegetables intended as a side dish, a snack or a meal, boiling will result in vegetables that have some level of diminished nutrients. Overcooking also dulls color and flavor.

What can you do so you don’t lose those nutrients in the water used for boiling? We love our steamer for veggies and use it continually! In fact, we have two of different sizes and often use both of them for one meal.

Unlike boiled vegetables, steamed veggies are cooked briefly in steam and then removed from the heat. This can be done using either a vegetable steamer appliance or a regular saucepan with a cover with a little appliance that fits in the bottom of the pan. This little stainless-steel device lifts the food off the bottom, allowing a small amount of water in the bottom of the pan to steam the food.  During steaming, the heat of the steam cooks the veggies, sparing the food from the boiling water. The goal of steaming is to cook the vegetables until they are no longer raw, but still bright and crisp. This preserves color and flavor, and some of the nutrient content.

The flavoring that is often added when veggies are boiled (i.e. broth and spices) can be provided for steamed veggies by putting the seasonings in the water underneath the steamer.

Both the inexpensive device that fits in the bottom of the pan and the steamer appliance available at any store that sells kitchen and cooking products. Funny thing about the steamer appliance: we’ve decided most people don’t know what to do with them and discard them. Why? Because we we have bought many steamers through the years at consignment and thrift stores!  They are usually brand new and in the $5-$10 range.  Shop there first if you want to try one out!  We always have one or two of these inexpensive steamers away to give to dinner guests who have enjoyed the delicious steamed vegetables we serve and want one of their own.  They are also terrific for reheating things like rice.

According to a report published in the “Journal of Agricultural and Food Chemistry” in 2008, steaming or boiling actually preserves some antioxidants in vegetables. The study tested several vegetables, including carrots, zucchini, broccoli, spinach, mushrooms, cabbage and peppers. During their study, researchers examined the impact that cooking had on various antioxidants, including carotenoids, ascorbic acid and polyphenols. They found that while some nutrients, particularly B vitamins and vitamin C, are damaged during cooking, other nutrients may be released when vegetables are cooked.

Now On To Fresh vs. Frozen Vs. Canned Veggies

IMPORTANT: Fresh veggies and fruits from the grocery store are only better if they are eaten quickly!

Most of us believe that fresh produce has the highest nutrient content, but that’s only true if you pick and eat the fruit or vegetables the same day. By the time fresh produce is picked, processed, travels to your local grocery store, sits on the grocery store shelves and then in your refrigerator, water-soluble vitamin content has decreased.

According to the Produce for Better Health Foundation, frozen and canned produce are processed within hours of being picked, and contribute important amounts of vitamins and minerals.  Produce for freezing is picked off the vine at its peak ripeness and frozen quickly to preserve nutrients.

Blanching can actually increase the content of some nutrients. Frozen green peas actually have more beta-carotene, a precursor of Vitamin A, than fresh or canned peas. Canned tomatoes have the highest levels of beta-carotene and lycopene, a phytochemical that helps protect against heart disease and some types of cancer.

Blending Vegetables
There are some experts claims that blending fruit and vegetables destroys 90% of the nutrients in them. They stated that the loss of nutrients is due to the oxidation process that takes place during blending.  Also, the fiber is broken down.

But think of it this way, our teeth, when we chew, breaks down the fiber and does the same thing! Blending primarily changes the food’s texture and appearance by making them more liquid and drinkable

While it is true that blending fruits and vegetables leads to loss of nutrients, it is nothing to be concerned about as the loss is so small. It is similar to the loss that occurs when you cook or microwave your vegetables. Blending the fruits does not destroy fibers, nor does it destroy nutrients. (www.KitchenHabit.com)

Well, you can’t have all that talk about vegetables and not have a yummy recipe!  Here’s one that’s perfect for a cozy winter supper on a raw February evening.

To quote one of my favorite moms when talking about healthy new foods to her kids:
“It’s delicious, nutritious and will make you feel ambitious!”  This recipe definitely qualifies for that glowing praise!

Although it calls for half and half, we always use almond milk or more water.  There are two problems with this recipe. The first is that it’s a pain to chop and peel winter veggies. The other is that roasted vegetables are so delicious that it’s very hard not to eat a good portion of them before they get turned into this delicious soup.  The first problem we can easily fix:

Tips For Steaming Squash and Thick-Skinned Veggies:
Get out that new steamer and semi-pre-cook the veggies!  I always semi-cook the hard, thick-skinned vegetables (such as those in this recipe) early in the day so making this type of soup is easier and faster at dinner time. Just cut into several large in pieces.  Cook, including the skin and seeds, to a semi-tender point in the steamer.  Allow to cool for a couple of hours. Then simply scrape the seeds and peel off the skin with a sharp paring knife to prepare for roasting.  It’s a snap when done this way rather than wrestling and peeling those rock-hard pieces.

This method is also terrific for cooking any kind of squash or thick-skinned vegetables.  Just cook the vegetable in large pieces cut to fit in the steamer, then peel the seeds and skin away and cut into serving sized pieces, Another option: Mash and serve in a bowl, like mashed potatoes.

Roast in the preheated oven until the vegetables are easily pierced with a fork, 30 to 45 minutes, stirring every 15 minutes. (If you’ve pre-cooked the veggies in the steamer they’ll cook faster. Keep an eye on them!)

While the veggies are roasting, cook the celery and onion in 4-8 Tbsp. of water in a Dutch Oven (or in the microwave) until they are tender, transluscent and soft.  Pour in the vegetable broth and bring to a simmer, uncovered. Stir in the roasted vegetables and continue simmering for 10 minutes. Puree the soup using a blender or food processor.  Stir in the almond milk (or additional water) and season with salt and pepper, if necessary. If the soup becomes too thick, add more vegetable broth.

OPTIONAL:  We’ve grown to love the flavor of fresh chopped parsley and/or basil leaves.  Add this in the last stage so they can cook for 10 minutes or so before pureeing.  They’re also delicious added as a garnish before serving.

Carolyn Allen is the Author of 60 Seconds to Weight Loss Success, One Minute Inspirations to Change Your Thinking, Your Weight and Your Life. She has been a columnist for Meridian Magazine since 2007. She provided mental and spiritual approaches for weight loss success and happy living both online and in the Washington, DC community since 1999 through Weight Watchers, First Class, Fairfax County Adult Education and other community groups. She and her husband, Bob, are the parents of five children and grandparents of a growing number of darling little ones. They are now happy empty nesters in Sandy, Utah where they center their online business for an amazing herbal detox.

Wow! Thank you for this article! I was a health science major over 40 years ago and it still amazes me some of the nonsense regarding diet and exercise that has been put forth by "experts" over the years. I've always held that, if you eat sensibly by listening to your body, keep the Word of Wisdom as written (and interpreted by prophets), and don't do anything stupid, you'll live a good life as long as the Lord sees fit to let you hang around.