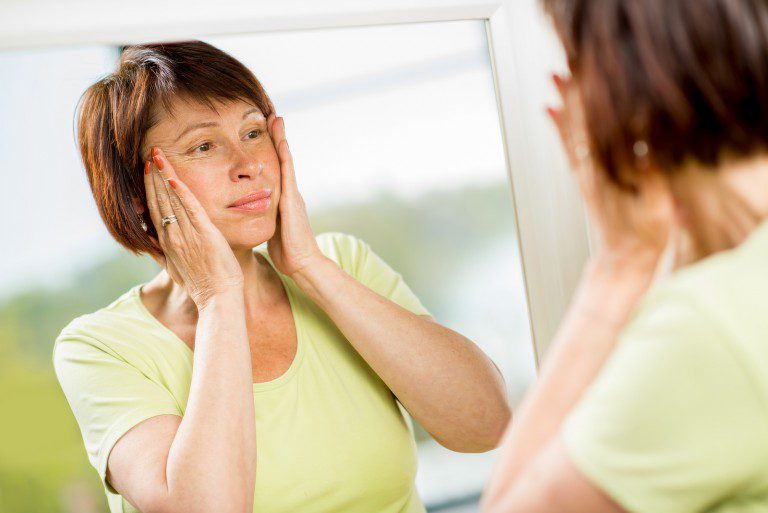 Do Your Imperfections Loom Large?

We all have them. Weaknesses. Some we admit to, others we push aside because we don’t want to work on them yet. None of us are perfect, to be sure.

However, I want to offer you a new perspective about these faults: They can be useful. I’m not saying we should stop striving to improve, or to drop the effort to overcome those aspects of ourselves that need refining. And certainly when serious sin is involved we want to eradicate those impulses as quickly as possible.

But there are some quirks and traits that can actually help us in this field trip called life. And, until we conquer them, we can utilize some of the tendencies that go along with our deficiencies.

This notion came into sharp focus for me when I was speaking with a loved one who suffers from anxiety. He’s had it all his life, but has recently found value in his tendency to be a worry wart. His profession requires tremendous organization and trouble-shooting. He is the perfect guy to have on your committee. While everyone else gets caught up in enthusiasm, possibly heading towards a waterfall, he’s the one who says, “What if it snows? What if the key person gets sick? What if the batteries die? What if you get an allergic reaction? What if we need to get insurance for that? How can someone sue us over this?” And on and on.

Devil’s advocates are often frowned upon for being the wet blanket and not having the same carefree, fun outlook others have. But they are invaluable in a company. They can save a fortune because they’re looking for what can go wrong, and then averting disaster. They help us look at the worst case scenario and prepare. They save the day by having a spare tire in the trunk. You want to write a cookbook? What if those aren’t selling so well right now because so many recipes are free online? Sometimes a person with their feet on the ground is the perfect match for the impulsive head-in-the-clouds type.

And I thought about my own ADD. Because I compensate by writing everything down and making lists, I’m the opposite of flaky. I’m ultra-dependable and I follow through. My disability has helped me become even more reliable than I would have been without it. (And yes, I have a better-than-average appreciation for squirrels suddenly spotted in the distance.)

I have a friend who’s extremely tenacious. Some would say bossy and overbearing. But guess what? She uses that drive to get things done, and she’s the one you go to when you want results. She’s bold and brave (I envy her daring, sometimes), and if you were in trouble and needed an advocate who has your back, this is the woman you’d want. I can think of several callings that require this kind of moxie.

Someone else I know is a crusader. He has tremendous passion for causes and often wearies those around him with his relentless zeal. But, until he learns to rein it in so as to get along better socially, isn’t he the very guy you’d want to publicize your event or market your product? You want an itinerary for your trip? He’ll print one up for you in triplicate. You want a spread sheet for tithing settlement or missionary dinners? He could do that in five minutes. He can do the work of ten people, and would stay up all night to do so.

What if you’re shy? I don’t think of shyness as a weakness, but as a breath of fresh air from the above two examples! Seriously, can’t we use a few more people who appreciate the value of silence? But if you’ve always felt it held you back, why not start seeing it as a plus? You’re the one who thinks deeply, who analyzes before jumping ahead. You’re the good listener. You’re the steady element in the whirlwind.

Someone with OCD can use that perspective to organize an entire home or office. I know someone with learning disabilities who developed a charismatic personality and could sell you your own underwear. I know another person who enjoys arguing and it has made him a top attorney.

Another guy once said he was never very athletic, musical, or good in school, but it kept him humble! Who knows—maybe that allowed him to pursue areas often overlooked by our “talent stars,” such as great personal relationships, spiritual growth, and volunteer service. There are a zillion pursuits more important than the ones heralded by the world.

Granted, not every weakness has a positive side. But many of the challenges we carry can be turned into tools and made useful.

In the Doctrine and Covenants it says, “For all have not every gift given unto them; for there are many gifts, and to every man is given a gift by the Spirit of God. To some is given one, and to some is given another, that all may be profited thereby.”   (46:11-12) And how wonderful it is that we are not all exactly alike, but possess all kinds of various abilities, which, when we come together to share them, become more than the sum of their parts.

I just think it’s pretty cool that we might have more talents than we realized.

One of your best qualities is to write article that seem directed especially to ME. I love your writing, appreciate and it is always meaningful, to me.

Your insights bring honest reflection. I'm Rocking my Shy qualities as I persist in Ministering to others. Thank you for the encouragement helping us see value in our weaknesses.