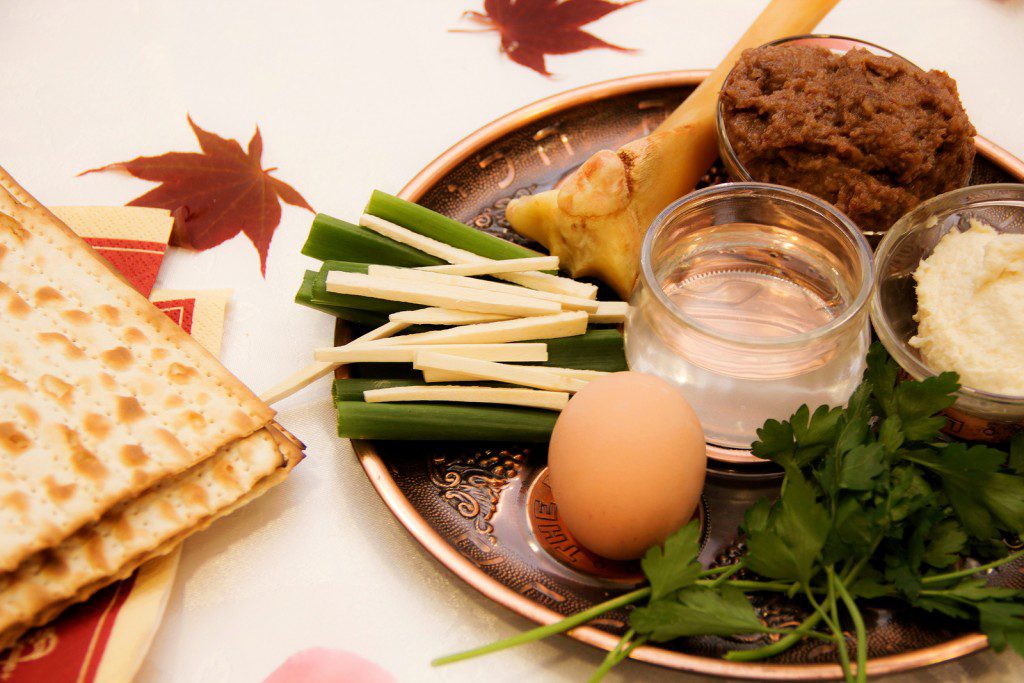 Discovering the Word of Wisdom Pioneers: Eating as a Sanctifying Experience

Today I feature a Word of Wisdom pioneer who wrote the first (and in many ways still the best) comprehensive historical analysis ever done on the Word of Wisdom: Paul H. Peterson. The history he wrote was his 1972 BYU Master’s thesis. Interestingly, it virtually ignores all of the dietary counsel in the Word of Wisdom, even though this counsel consists of 8 of the 21 verses! In his thesis, Paul Peterson specifically states he will address only the prohibitions in the Word of Wisdom. In one of the few references he makes to those who would “broaden” the meaning of Word of Wisdom, he links such people with “extremists” and “food faddists” who are “out of line with Church policy.”[1] It seems clear he had little interest in the dietary aspects of this revelation. Apparently, that attitude changed at some point in his life.

Though the Word of Wisdom was not the focus of his scholarship throughout his lifetime, Dr. Peterson did write occasionally on the topic. At the conclusion of his long career, while serving as chair of Church History and Doctrine at Brigham Young University, he published what is, in my opinion, one of the most insightful articles ever written on the Word of Wisdom: “The Sanctity of Food: A Latter-day Saint Perspective.”[2]

“The Sanctity of Food: A Latter-day Saint Perspective” (2001)

In “The Sanctity of Food,” Dr. Paul H. Peterson describes the “sanctifying sense” many observant Jewish people have toward food and the way their approach to diet helps make “everyday life [become] nobler and purer” (p. 33). He laments that the Latter-day Saints do not have the same attitude toward eating. While we believe the body is sacred, eating is a means to an end for most of us, whereas observant Jews find special meaning in the act of eating and consuming the foods they believe the Lord ordained for their use.

Peterson goes on to summarize the history of the Word of Wisdom and questions why the focus for LDS members has been on the proscriptions rather than the prescriptions. He asks why Latter-day Saints have paid so little attention to the positive aspects of the Word of Wisdom, those that might actually make eating a more “sanctifying” experience. He then makes an astonishing prediction:

Although the differences and distinctions between Latter-day Saint and Jewish attitudes to food and diet will probably always be greater than the similarities, it is possible that in the future, many Latter-day Saints, of their own volition, will adopt attitudes and assume patterns toward food and drink that are somewhat analogous to the Jewish approach. I predict (some would say, with unwarranted temerity) that some alteration of attitudes will take place along two fronts. The first such front has to do with the broadening of Word of Wisdom considerations to include more than just the present list of proscriptions. In short, in all likelihood, more and more Latter-day Saints will come to view Doctrine and Covenants 89 not only as a delineator of forbidden items but also as an indicator of what one should eat. (p. 39, emphasis added)

I was stunned when I first read these words. It made me realize that my experience in changing my diet and in witnessing other Saints do the same was a literal fulfillment of Dr. Peterson’s prediction.

Dr. Peterson goes on to discuss the reasons these changes might take place. Most of these I have covered in my book, Discovering the Word of Wisdom, and in many Meridian Magazine articles, including “strong scriptural precedents—both in canonized scripture and in the statements of presiding brethren” (p. 40). He describes the second reason this change may occur is that LDS views on stewardship for the earth and animals is very compatible with a Word of Wisdom approach to “environmental sensitivity and holistic living” (p. 40). He concludes:

Clearly then, there are both scriptural and prophetic precedents for members of the Church—if they so desire to expand their own personal list of Word of Wisdom considerations. There are also scriptural and prophetic models for viewing the entire revelation in a more holistic way . . . by our viewing the eating of foods that God has prescribed as a spiritual act or event. (p. 41)

Dr. Peterson suggests that like observant Jews, Latter-day Saints can, “by eating some foods and refraining from others in obedience to their religion, actually elevate the act of eating to a level of godliness” (p. 42). He explains:

Although such a view is hardly widespread in the Latter-day Saint community, it is scripturally supportable. For example, why couldn’t Latter-day Saints, by avoiding the food and drink God has placed off limits and by eating only those foods they believe God has singled out as being especially good for mankind, gain greater reverence for life and increased appreciation for the Lord? My suspicion is that in the future, some Church members will do so and thus come to regard eating as much more than just a practical necessity. (p. 42)

How might we experience our meals differently if we viewed the everyday practice of preparing and consuming food as part of our worship of God?

Finally, Peterson concludes with an observation that has helped me see what we might do in a whole different light: he observes that a similarity between Latter-day Saints and observant Jews is that our dietary codes are central to our identity, both as individuals and as a community. The Word of Wisdom is, after all, one of the most identifying features of our religion from the perspective of nonmembers. It is one of the features that set us apart as a people. All observant Latter-day Saints experience this distinction when they are in a group of non-Latter-day Saints. Food is so central to who we are as humans that the fact that we do not partake of certain substances almost always becomes apparent when we mix with others not of our faith. It sets us apart. It reminds us, and it reminds others, of who we are.

For observant Jews, their dietary laws are, in the words of Jewish author Herman Wouk, “a daily commitment in action to one’s faith, a formal choice, a quiet self-discipline” (p. 43). Peterson concludes:

Possibly to a lesser but still a highly meaningful extent, the Word of Wisdom has served a similar function among Latter-day Saints. Every time a Church member politely says “no thank you” to the generous offer of an acquaintance or stranger to partake of coffee or alcohol, the action has the effect of reminding everyone involved that Latter-day Saints are a “separate people,” that they made covenants with the Lord, and that because of their “peculiarity,” there are things they can and cannot do. Indeed, it is difficult to conceive of a more suitable vehicle to remind us of our covenantal responsibilities and embed them into our self-consciousness than to require certain patterns of eating and drinking—something that is usually done openly and daily. (p. 43)

We often think of the Word of Wisdom as a “health code,” but it serves many other purposes, including reminding us of the covenants we have made with the Lord, giving us an opportunity to obey Him in the simple mundane things we do every day, and setting us apart as a people. We actually don’t know which of the many purposes ultimately will be most important to us, either as individuals or as a community, but it is beautiful to me to realize that the every day act of nourishing our bodies can be a sanctifying experience.

For over 20 years I’ve worked at Brigham Young University in faculty development. After discovering this article by Dr. Peterson, I looked up additional information about him in a database we use at the BYU Faculty Center. There were several facts listed, but the one that made me smile was the note we had taken of his dietary preference: “Vegetarian.” It is interesting that even the scholar who, very early in his career, wrote perhaps the best history of the Word of Wisdom was, at the end of his career, still waking up to the Word of Wisdom! I’m happy to celebrate Dr. Paul H. Peterson as one of our Word of Wisdom pioneers.

The article I featured today by Dr. Paul H. Peterson is readily available on-line. I encourage you to read it: “The Sanctity of Food: A Latter-day Saint Perspective.”

I’m excited to announce a short film I’m producing about the Word of Wisdom. The purpose of the film is to encourage more Mormons to get excited about the wonderful counsel we have from the Lord and the amazing blessings He has promised us. If you’d like to get involved or be notified when the film is completed, go to Discovering the Word of Wisdom Short Film.

[1] Paul H. Peterson, An Historical Analysis of the Word of Wisdom (M.A. thesis, Brigham Young University, August 1972), p. 100. Note: You can find this thesis online if you Google it.

[2] Paul H. Peterson, “The Sanctity of Food: A Latter-day Saint Perspective,” in Religious Educator 2, no. 1 (Provo, UT: BYU Religious Studies Center, 2001). All page numbers in this article refer to this publication.

Hi Juli: Thanks for your kind words. You also ask a great question! I certainly agree that we should not forbid others from eating meat. I also agree that the Lord ordained meat for our use, but He asks us to use it sparingly and tells us it is pleasing to Him if we do not use it at all, except in times of need (see D&C 89). See also verse 21 in D&C 49, “And wo be unto man that sheddeth blood or that wasteth flesh and hath no need.” (For a lengthier examination of D&C 49, see: https://discoveringthewordofwisdom.com/about/the-word-of-wisdom/wow-faqs/command-to-abstain/