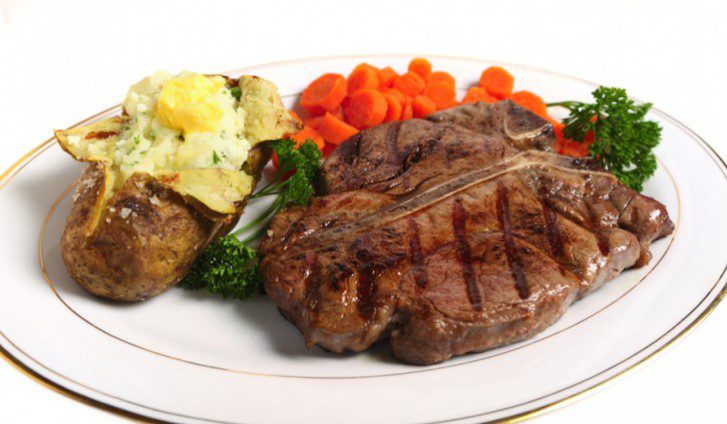 Discovering the Word of Wisdom Pioneers: Early Counsel on Meat

During the last few weeks, I’ve been focusing on Latter-day Saints who championed the Word of Wisdom during the 19th and early 20th centuries.[1] Studying these Word of Wisdom pioneers reveals how difficult it was to persuade the Saints to take the counsel of the Lord in D&C 89 seriously. We need to understand the context: these good people and their ancestors had a long history of using alcohol, tobacco, coffee, and tea, and science had not had yet exposed the health risks of these substances. In this context, their resistance to giving these substances up makes even more sense. They had a multitude of excuses. These include:

Interestingly, these are some of the exact same excuses many Mormons use today for not following the dietary counsel found in the Word of Wisdom. We often complain that contemporary Mormons neglect large parts of the Word of Wisdom. The fact is: that has always been the case. Although there have always been Latter-day Saints who faithfully kept the Word of Wisdom according to their best understanding of it, we as a people have never eagerly embraced the idea of voluntarily giving up beloved foods or beverages.

Encouraging the Saints to give up cherished habits has never been (and probably will never be) an easy sell. From the beginning, it was difficult to persuade the Saints to accept even the clearest admonitions in the Word of Wisdom: that wine, strong drinks, and tobacco are “not good.” “Hot drinks” were even more controversial, as some saints continued to insist that the term was ambiguous. Despite clear and consistent interpretation of the meaning of “hot drinks” from God’s prophets, 19th century Saints continued to obscure and disregard this counsel (and frankly, it remains a topic of controversy among some faithful members even today).

The Saints complained then, as we sometimes do now, that the meaning of D&C 89 is not entirely clear, but it was as if many Saints did not want a clear understanding of D&C 89. They did not want it to be plain and simple because they did not want to give up substances and habits that were difficult to abandon. It was as if they sought darkness rather than light, preferring (in Elder Neal A. Maxwell’s words) ambiguity to accountability.[2] I do not mention this to condemn the early Saints! Clearly we owe them a huge debit of gratitude, but we need to understand how difficult this was for many of them. Surely when we think about how hard it is to change our dietary habits today, it is easy to be compassionate and understanding of their situation.

From the beginning, LDS Church leaders exhausted most of their energies on the verses in D&C 89 that were spelled out most plainly and that were most clearly violated: the consumption of alcohol, tobacco, coffee, and tea. This is understandable. These are the substances the Saints habitually used that the Lord declared “not good” for human consumption.

The rest of counsel in D&C 89 is dietary advice that the early Saints were already following to a large degree, so there was no reason for early Church leaders to emphasize it. What sense would it make to focus attention on herbs, meat, and grain when the diet of the Saints did not vary dramatically from the Lord’s counsel? This is particularly true in light of the context of the time: the food traditions and prejudices the Saints had inherited; their very limited food options; and their rudimentary and often misguided understanding of nutrition.

Even today, in an environment of extensive scientific research on food and nutrition that supports the wisdom in D&C 89, many Latter-day Saints feel confused about the meaning of the dietary counsel in D&C 89. Why should we think the early Saints would have special insight into verses we still puzzle over? In fact, because their diets more naturally matched the Lord’s dietary counsel, like fish in water, they didn’t have enough contrast to give them the perspective we can have today. Besides, the dietary standard for herbs, meat, and grain is not easily measurable. How would you determine whether someone is eating too much meat or too few grains? This is much more complex then understanding and being held accountable for “no” alcohol, tobacco, coffee, or tea.

The Lord’s counsel on meat has been part of our understanding of the Word of Wisdom from the beginning. It was most obviously a part of the revelation given to Joseph Smith in 1833:

Yea, flesh also of beasts and of the fowls of the air, I, the Lord, have ordained for the use of man with thanksgiving; nevertheless they are to be used sparingly; And it is pleasing unto me that they should not be used, only in times of winter, or of cold, or famine. (D&C 89:12–13)

Though certainly discussed less frequently, the Lord’s counsel on meat has nevertheless continued to be a part of the discussion of the Word of Wisdom since it was revealed. Here are some highlights from the first 100 years:

In short, the LDS counsel on meat consumption during the first 100 years of the Word of Wisdom was consistent. It echoed the Lord’s counsel in D&C 89: meat should be eaten sparingly and only in times of winter, cold, and famine.[10] This was the message the Lord gave in revelation to Joseph Smith. This is what Church leaders taught. This is what Church members reiterated in articles in Church magazines and in lesson manuals. While these teachings did not receive nearly as much emphasis as the prohibitions in the Word of Wisdom, the message was nevertheless clear and consistent.

Compliance with this counsel, on the other hand, was another matter. After all, compliance with the prohibitions, as we have seen, was difficult enough and did not become commonplace until the Church leaders tied certain Church privileges with full compliance to the prohibitions.[11] In contrast, the dietary counsel, including the counsel on meat, was left to the Church members to interpret and embrace without “commandment or constraint” as the Lord had dictated (D&C 89:2).

It may have been convenient for many Saints (then and now) to assume that a lack of emphasis on the dietary counsel meant we are free to ignore it, but clearly the counsel to us has been consistent: the whole of D&C 89 is the “order and will of God in the temporal salvation of all saints in the last days” (D&C 89:2). The precious promises given at the conclusion of Section 89 are reserved for those Saints “who remember to keep and do these sayings,” referring to all of the sayings in Word of Wisdom and not just a few of the verses.

Let Us Be Eager to Embrace the Lord’s Counsel

While many Saints in the 19th Century were not anxious to understand and obey the Word of Wisdom, there were many others who were. I admire and respect those early members of the Church who sought to follow the Lord’s counsel, even when it was not given “by commandment or constraint.”

Can we be like those faithful 19th and early 20th century Saints who did not need to be commanded in all things? Are not the promises the Lord gives us in the Word of Wisdom worth the effort?

The Lord gave us the counsel in D&C 89 as a warning, “in consequence of evils and designs which do and will exist in the hearts of conspiring men in the last days” (D&C 89:4). Has there ever been a time when we humans were more exposed to the “evils and designs” of “conspiring men” related to the foods we eat than in our day? Are we not in greater need of this counsel and advice now in the 21st century when we have more choice in what we eat than ever before in the history of the world?

Let us prayerfully read and study D&C 89 and diligently seek the Lord’s counsel and advice for us as individuals and for our families. I bear testimony that He will hear and answer our prayers. I know He is doing this. Nearly every week I am contacted by a Latter-day Saint who has prayed mightily to the Lord for help with various health troubles and has been specifically guided to the Word of Wisdom as a direct answer to their prayers.

My brothers and sisters: the Word of Wisdom is not outdated. The dietary counsel it contains, including the counsel on meat, is designed for our day, for our needs, for our exact physical and spiritual condition. Let us embrace it with joy and with gratitude.

[1] To find the earlier articles in this series on the Word of Wisdom pioneers, see Featured Author Jane Birch:

I started eating this way 3 years ago after a particularly bad episode of multiple sclerosis. And guess what.... I have not had an episode in those three years! I stopped my medication 2 years ago, and have not felt any of my old symptoms since(usually once you have an episode the new symptoms stay with you for life). I basically feel like I am cured! I don’t even have the aweful “MS fatigue” that can be so overwhelming! I can quite literally run without being weary and walk without being faint... my testimony of The truthfulness of the word of wisdom has strengthened my testimony of Joseph Smith. Not only did he know of the harms of tobacco alcohol etc. He also wrote down Heavenly fathers guidance on our food. If we follow that guidance even when it’s hard we can see miracles happen! I have seen quite literal miracles because of this!

Amanda, you might check out The China Study by T. Colin Campbell.