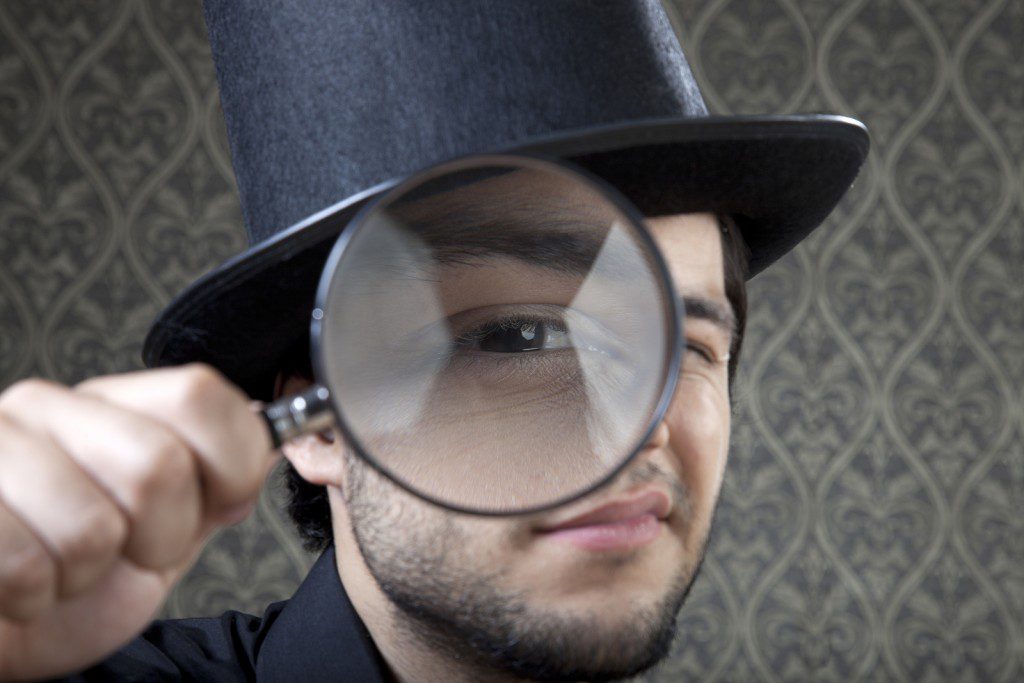 Discovering the Word of Wisdom Pioneers: A 1951 Murder Mystery

Heart disease is the #1 killer of Americans . . . and of Mormons. This is surprising considering heart disease is a foodborne illness that is largely preventable . . . by eating a Word of Wisdom diet! Ironically, I was introduced to this fact by non-Mormons. Non-Mormons have been using a diet very similar to the Word of Wisdom to help prevent and reverse heart disease for decades.[1] Sadly, not many Mormons know about this diet . . . despite their familiarity with D&C 89.

Last week, in an article, “Preventing Heart Disease,” I summarized some of the pre-1950 research on heart disease and diet. I concluded:

Last week’s brief history sets the stage for two remarkable Improvement Era articles on heart disease and diet written by Latter-day Saint medical doctors. Earlier, I featured the 1969 article by Dr. Ray G. Cowley. This week I feature an even earlier article written in 1951 by Dr. W. Dean Belnap. While many in the medical community were either ignorant of or refused to accept a dietary treatment of heart disease, Dr. Belnap was able to appreciate the accumulating data. Undoubtedly aided by the Word of Wisdom, he was far in advance of most practitioners of his time. He was truly a Word of Wisdom pioneer.

W. Dean Belnap was born in 1926. He earned his M.D. from the University of Utah in 1947 when he was just 21 years old. He became a practicing physician, a surgeon, and a member of the faculty of the University of Utah College of Medicine and was named a fellow of the American Academy of Pediatrics. He served faithfully in the Church in many important positions, including service as a member of the Youth Correlation Committee of the Church; an adviser to the Priesthood Genealogy Committee; President of the British Mission; councilor in the Singapore Mission Presidency; and mental health consultant to the Area Presidents in three European areas. Dr. Belnap switched from practicing pediatrics to psychiatry in 1981. As a medical professional, he served in both elected and appointed government offices.

In 1951, Dr. Belnap was only 25 years old, but already a practicing physician when he published an article in the Improvement Era that was revolutionary for its time. It powerfully pulled together some of the important lines of research on heart disease conducted during the first half of the 20th century, anticipating many of the major points Dr. Ray G. Cowley made 18 years later. To be clear, some of the evidence Dr. Belnap used is now outdated or even incorrect, but the conclusions have stood the test of time.[3] I find it remarkable that in an era when these answers were relatively unknown and unappreciated, Dr. Belnap managed to present them in a most understandable, even entertaining, format for his fellow Latter-day Saints.

Dr. Belnap’s article, “Self-Punishment,” is a self-proclaimed “murder mystery.” He identifies the crime as heart disease, the #1 killer in America, and asks the intriguing question, “The crime is murder but — who is the murderer?”

Dr. Belnap’s murder mystery unfolds as he walks us through the multiple points of evidence gathered by the “medical crime-police.” In dramatic fashion, Dr. Belnap builds his case, patiently putting the puzzle pieces together, citing leading-edge research of his day. In short, decades of evidence have uncovered the “murder weapons” in this real-life drama. The weapons of heart disease, Dr. Belnap tells us, are “animal protein and animal fat with their bi-product, cholesterol.”

But who, he asks the reader, is the murderer?

It is only after a careful review of the scientific data at his disposal that Dr. Belnap declares that the “medical detective” is ready to name the culprit:

Pointing the finger at Mr. Heavy Meat-eater and Mrs. Plump and Forty, he said, “You are your own murderers. You are digging your graves with your own teeth!”

Dr. Belnap wraps up his murder mystery with this counsel:

If all adults were to go on a diet low in animal foods—a suggestion which sounds utterly fantastic to many people despite its religious and scientific merits—the effect on our daily lives would be revolutionary. . . .

Often it takes a rude awakening to induce us to obey the Word of Wisdom. After a lifetime of ignoring our health in pursuit of pleasure or success, we decide there is nothing to be gained by being “the richest and most well-fed man in the cemetery.” We now are open to persuasion on what to eat and what to leave alone, and we are persuaded that the Lord knew what our bodies need when he inspired our Prophet to advise “meat sparingly.”

The author bears testimony to the divinity and truthfulness of the Word of Wisdom . . . Read it, the Lord makes very clear his will appertaining to the spiritual and temporal health of his children.

Not surprisingly, Dr. Belnap remained a stanch advocate of the Word of Wisdom throughout his life. His diet focused on healthy whole foods, whole grains, and meat very sparingly. He refused all cola drinks, even soda was rare, as was white flour, sugar, and dairy. He believed in pulse, which was the diet of Daniel and his friends in the Old Testament.

We’ve Had the Answers — We’ve Just Lacked the Will

In truth, experts during the era when Dr. Belnap published his article had not yet established the causal link between an animal food diet and heart disease, nor had they discriminated between all the other types of foods that contribute to heart disease. To his credit, Dr. Belnap was tentative where he knew the science was not yet conclusive, but it is clear enough that between the science of his day and the Lord’s words in D&C 89, Latter-day Saints were given more than enough “evidence” to know what to do to dramatically reduce the #1 killer in America by 1951.

Yet most Saints ignored it. Why?

That is the real mystery!

We have come a long way since 1951. As I discussed in “A Heart-Attack Proof Diet,” we now know with great confidence how to eat to prevent and reverse heart disease. My introduction to the heart-attack proof diet was the beginning of my “discovery” of the Word of Wisdom. That is, I suddenly saw the Word of Wisdom in a whole new light. After all, would it make sense that the Lord’s diet was any less powerful than the heart-attack proof diet documented by whole food, plant-based experts?

Thanks to the fact that so many people in Utah follow at least a moderate version of the Word of Wisdom, heart disease in Utah is among the lowest in the nation, but it could be much lower! Heart disease, a disease primarily caused by not fully embracing a Word of Wisdom diet, is still the leading cause of death and disability in Utah.[4]

My book, Discovering the Word of Wisdom, is now available in Kindle format.

Victor Werlhof, MD, had a busy practice and little time to take care of himself. Soon he found himself overweight and not in good health. Years of yo-yo dieting ensued. After Vic and his wife joined the LDS Church, their diet took a nosedive. He recalls, “Our first ward activity revolved around red punch and Texas sheet cake . . . We decided that this must be the proper way to eat since these are an inspired people.” But this “inspired” way of eating lead to an eventual diagnosis of heart disease. Ironically, it was the Seventh-day Adventists who taught him how to live the Word of Wisdom! Read his story here.

[2] For a good discussion of the controversial nature of dietary approaches to disease, see Michael Greger, M.D., “Why Do Heart Doctors Favor Surgery and Drugs Over Diet?” NutritionFacts.org (June 2, 2015).

[3] You can find Dr. Belnap’s article, “Self-Punishment,” on my website, along with some notes to point out a few areas that conflict with current science.

[4] U.S. Department of Health and Human Services & Centers for Disease Control and Prevention, “Profiling the Leading Causes of Death in the United States: Heart Disease, Stroke, and Cancer — Utah” (October 31, 2005).

[…] Discovering the Word of Wisdom Pioneers: A 1951 Murder Mystery – You are digging your graves with your own teeth!” Dr. Belnap wraps up his murder … Heart disease, a disease primarily caused by not fully embracing a Word of Wisdom diet, is still the leading cause of death and … […]