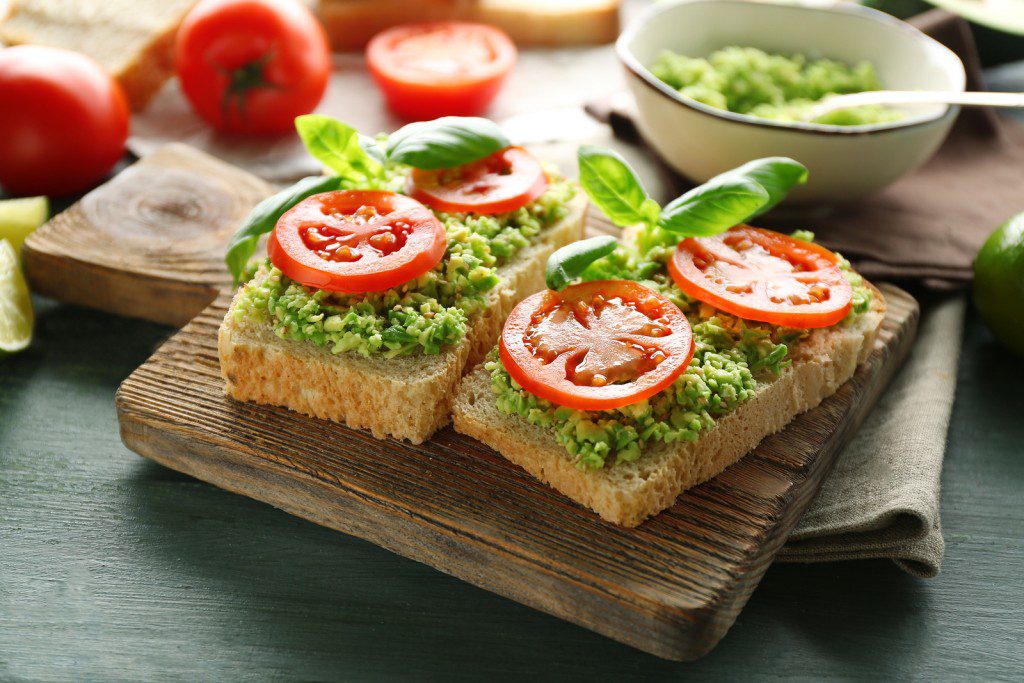 Discovering the Word of Wisdom: My Vegan Agenda?

Last week I concluded a series of articles on the Paleo diet. Since most of this series focused on how the Paleo diet fails to match the Lord’s standard in the Word of Wisdom, this article addressed “The Positive Points of Paleo.” It is fascinating that a diet that even partially supports the Word of Wisdom can be powerful. Just think what would happen if we fully embraced all the Lord’s wisdom in D&C 89! To see the entire Paleo series, go to Paleo Diet.

I love receiving reader comments and appreciate the time people take to share their thoughts! Today I respond to a reader’s comment posted in response to one of the Paleo articles. This reader wrote, “This series reads like you are a vegan and are using the Word of Wisdom to promote your own agenda.” This is a very interesting comment, and I’d like to respond by first sharing more of my story.

Why Would Anyone Go Vegetarian??

In the Mormon community, there seems to be an almost knee jerk reaction against the thought of giving up meat, much less other animal foods (dairy and eggs). Believe me when I say that I totally understand this reaction. The fact is, every Mormon I know who eats a whole food, plant-based (meatless) diet understands! We’ve ALL been there. None of us was born into a vegetarian family. All of us grew up eating meat and other animal foods, along with plenty of yummy processed foods. We are normal people and typical, faithful Mormons. During our youth and usually well into our adult lives, most of us had no desire to go vegetarian and no suspicion that our diets would ever change dramatically.

In fact, after I went plant-based, my youngest sister reminded me that a year or so before I changed my diet, she had announced to me that she was going vegetarian. I actually have no memory of this occurring, but she assured me that my reaction was to look at her as if she was crazy and exclaim, “Why would you ever do that??” I do remember that I’ve always had the greatest pity for vegetarians and always felt so perplexed as to why anyone would give up meat. Didn’t they realize meat tastes really good?!

Before I changed my diet, like most Mormons, I thought mainly about the prohibitions of the Word of Wisdom, but I was also aware of the other counsel in D&C 89. That advice seemed good, and I thought eating healthy was a great idea, but I assumed we could mostly ignore those verses (thank goodness!). Besides, what did they really mean, anyway?

I do remember a peculiar incident during my late teen years when my mother and I were talking with an alternative health practitioner. He recited a scripture that seemed to imply that we should not be eating meat. I can’t remember what the scripture said, only that the way he used it made me gasp. How could it be possible to have grown up in the Church and never have heard this scripture before or ever had any idea that it might be a good idea to give up meat? I panicked. But then I decided he was reading the scripture inappropriately, and I need not worry. Major crisis averted.

Before changing my diet, I don’t remember ever meeting a Mormon who stopped eating meat because of the Word of Wisdom. In fact, I don’t remember ever meeting any vegetarian Mormons, except for a few family members who tried it out. I vaguely remember a cousin going vegetarian when I was very young and how much we all enjoyed teasing her. My mother tells me that after I left for college, she and various of my siblings went vegetarian at different times. I really have no memory of this, even though I visited my family’s home regularly. A nephew also went vegetarian as a teenager. I remember quizzing him to make sure he was getting “enough protein.” He assured me he was, but by the time I realized he didn’t have a clue how much protein he was getting, I had also learned that it is a non-issue (it is practically impossible to not get enough protein if you are getting enough calories).

The one thing I’m sure of is that during the first 50 years of my life I never even considered going vegetarian, much less tried it. After all, meat tastes great! I didn’t have a clue that a meatless diet would be healthier, and thank goodness I didn’t belong to one of those weird religions that promote crazy vegetarian diets.

All this is not to say that I hadn’t read D&C 89 and pondered on verses 12–13 which clearly state:

Yea, flesh also of beasts and of the fowls of the air, I, the Lord, have ordained for the use of man with thanksgiving; nevertheless they are to be used sparingly; And it is pleasing unto me that they should not be used, only in times of winter, or of cold, or famine. (D&C 89:12–13)

Several months after I stopped eating all animal foods, I was chatting with my vegetarian nephew. He asked me, “Before you stopped eating meat, what did you think of those verses in the Word of Wisdom?” I told him, “I thought the same way I think now: these verses seem clear and unambiguous—why doesn’t anyone talk about them?”

It was true, those verses had always seemed fairly clear and unambiguous to me, but I had assumed since no one ever talked about them that I need not bother taking them seriously. But still they did bother me, at least enough that I always read any commentary I came across that discussed them.

I remember reading all of the various rationalizations we currently hear for why those verses don’t really mean what they seem to mean. Some people explain away D&C 89:12–13 by saying that was given in Joseph Smith’s day when they ate way too much meat, or they didn’t have refrigeration, or a misplaced comma changed the meaning, etc. None of those arguments felt totally correct to me, but I felt somewhat comforted by the fact that people smarter than me felt they could dismiss the obvious meaning. The one thing I did know was that our Church leaders did not preach vegetarianism and as far as I knew they all ate meat, so that was that. Perhaps this counsel in D&C 89 was like the law of consecration, something that would only be required in the future. Hopefully, I’d be dead by then!

I Change My Diet

So it was that in 2011, soon after I turned 50 years old, I had no thought of changing my diet and certainly no thought that my religion may encourage it. As I’ve written previously, all that changed when I saw a show on CNN in August 2011 called, “The Last Heart Attack” and learned that most heart disease is 100% preventable by eating a whole food, plant-based diet.

I learned that day in August that the standard American diet and heart disease are like cigarette smoking and lung cancer. The connection is that obvious and that powerful. Just think: the number one killer is totally preventable by changing one’s diet! When further research revealed it was not just heart disease that could be prevented on this diet, but most other chronic diseases, I had a powerful impression: this is the way human beings are supposed to eat; I guess I had better start eating this way. I immediately switched to a whole food, plant-based diet.

I wish I could say I read D&C 89:13 and changed my diet to please the Lord. No actually, that was not even on my radar screen at the time. Nevertheless, because the Word of Wisdom has always been an integral part of my life, its teachings were in my bones, and deep inside, I could feel that this “whole food, plant-based diet” was connected in some powerful way with the Word of Wisdom. Sure enough, as soon as I turned to D&C 89 to re-read those familiar verses, they jumped out at me as they never had before:

Yes, of course! If a whole food, plant-based diet can prevent and reverse most chronic diseases, would the Lord’s diet be any less powerful? No diet has ever proven more powerful that a diet of whole plant foods with very little or no animal products. This is the only diet that has proven to totally prevent and reverse heart disease. Even the Mediterranean diet only slows the rate and progression of heart disease; it does not stop it.

Many people assume if you abstain from animal foods, you must be promoting a “vegan agenda.” To be clear, a whole food, plant-based diet is different than a “vegan” diet. Although it avoids animal foods, the word vegan does not come close to describing this diet. A vegan diet can be very unhealthy. Coke, French fries, and Oreo cookies are all vegan. Simply abstaining from animal foods does not make a diet healthy; that is just one of the three principles in the Word of Wisdom and only part a whole food, plant-based diet.

Since I think many vegan diets are very unhealthy, I can’t imagine how I could have a “vegan agenda,” but the comment from the reader is actually more interesting. The question is: am I using the Word of Wisdom to promote my agenda?

I think the answer to that question is “Yes.” I think I’ve been pretty clear about my agenda. My agenda is to help as many Mormons as are interested to wake up to the tremendous power of a Word of Wisdom diet and receive the amazing promises the Lord has in store for us if we are obedient to this counsel. I am definitely using the Word of Wisdom to promote this agenda.

I am very understanding of people who have a different interpretation of the Word of Wisdom. After all, I’ve had a different interpretation most of my life! But my agenda is not important. What is important is the Lord’s mind and will for us as His Saints in these last days. What is His agenda of the Word of Wisdom and how can we know what He wants us to do?

I testify that if we really want to know the answers to these questions, our Father will let us know. We just need to humble ourselves, read His word, and seek to hear His voice with a determination to do what we feel is right.

The promises of the Word of Wisdom are priceless. Let’s not neglect the treasure we have in D&C 89!

Coming Next Week! “Discovering the Word of Wisdom” Short Film