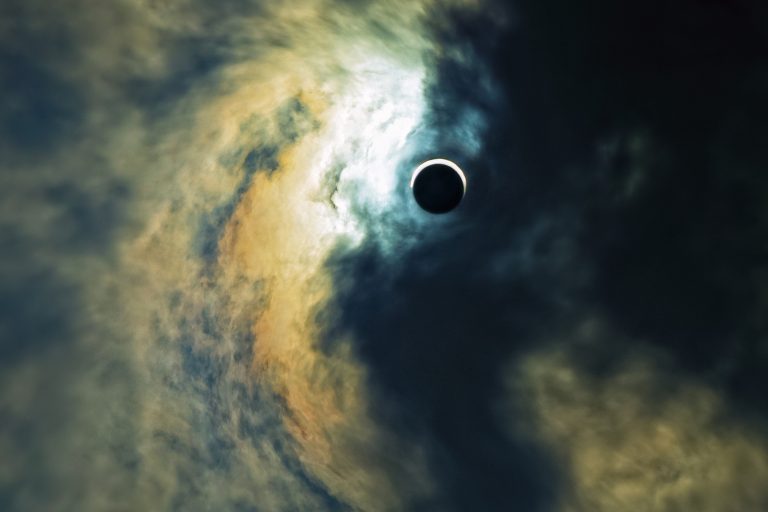 The following is part two in a two-part series. To read the first article in the series, CLICK HERE.

What is the aim of the condition we have called ambition?  One author[1] has identified three things common to our search for personal happiness that actually bring us stress and unhappiness because we confuse them as ends rather than means, or early steps in our progression.  Since these are Lucifer’s present tools, could they have also been the elements of his diseased condition?

Were these Lucifer’s goals as he used techniques such as accusation to manipulate and gain control?  Father Lehi warned his sons that:

…the will of the flesh and the evil which is therein, which giveth the spirit of the devil power to captivate, to bring you down to hell, that he may reign over you in his own kingdom. 2 Nephi 2:27

I am guessing that if Lucifer cultivates people’s appetites, “the will of the flesh,” then that is what he did with the appetites of the spirit as noted above.  Were these three the same enticements that captured his eternal life in the vortex of spiritual disease?  If the symptoms of anger and revenge were generated by a condition of disappointed ambition, then what is its cause?  We must assume that the cause of his disease has always existed without some “dark side of the force” enticing him to join.

The war in heaven, after all, was with Lucifer and his disciples, not with some spiritual super-power that had recruited him.[2]  What great inherent cause is Lucifer using to generate all known sin?  Is this the same cause that generated his fatal condition and evil symptoms?  Metaphorically we have run scriptural tests to understand what generated his symptoms.  Like finding a tumor that generates symptoms of fatigue, headache, dysfunction, we can see how Lucifer’s disappointed ambition would lead to his cruelty, revenge, and evil.  But what causes one in the very presence of pure and exalting light to become so dark?

The name Lucifer is only found in Isaiah 14:12. The Hebrew word from which is was translated first into Greek and then Latin is “heyel” meaning bright.  So, both Greek and Latin use words that mean light bearer or shining one.  Consequently, it has been an easy mistake to generate the label, “a son of the morning” without noting that we were all sons of the morning, thereby assuming that the meaning of light-bearer was his premortal position of authority under Christ.  But the root of “heyel” is “halal” which also comes from the idea of shining but a shining that results from boasting, raving, raging as used in other contexts.  It is a self-insistent shining of an entitled brat.[3]

What is this cause, when once found and understood that could protect ourselves from this same disease?  We need to run some different scriptural tests:

…many children who did grow up and began to wax strong in years, that they became for themselves, and were led away 1 N 1:29

30 But when he saw the wind boisterous, he was afraid; and beginning to sink, he cried, saying, Lord, save me.

31 And immediately Jesus stretched forth his hand, and caught him, and said unto him, O thou of little faith, wherefore didst thou doubt?

28 And after they had tasted of the fruit they were ashamed, because of those that were scoffing at them; and they fell away into forbidden paths and were lost. 1 Nephi 8

Remember that the fruit was the most delicious of all possible fruits.  But there is something that ruins the taste of this powerful reward of our relationship with the tree (Christ).  We all respond differently to those mocking our efforts to do our best.  Shame is a typical response when the opinions of those mocking have some value to us.  But shame is satan’s substitute for the spiritual gift of guilt.  It transforms what is a personal still-small corrective feeling (guilt) into an imagined public humiliation whose focus is on self (shame).  Self-focus ruins the sweetest taste of the redemptive power of Christ with inherent encouragement rather than discouragement.

14 And again, I will give unto you a pattern in all things, that ye may not be deceived; for Satan is abroad in the land, and he goeth forth deceiving the nations—

15 Wherefore he that prayeth, whose spirit is contrite, the same is accepted of me if he obey mine ordinances.

16 He that speaketh, whose spirit is contrite, whose language is meek and edifieth, the same is of God if he obey mine ordinances.

17 And again, he that trembleth under my power shall be made strong, and shall bring forth fruits of praise and wisdom, according to the revelations and truths which I have given you.

18 And again, he that is overcome and bringeth not forth fruits, even according to this pattern, is not of me.

19 Wherefore, by this pattern ye shall know the spirits in all cases under the whole heavens. DC 52

When this is placed in context with Christ’s instruction to his Apostles, it becomes an essential clue in what was causing Lucifer’s condition:

Again, add that to the greatest of all the spiritual gifts which, according to both the Apostle Paul and Moroni, is Charity[4] which is a complete self-less, Christ-like focus on the needs of others rather than self.

Adding all the findings from the tests we have used:

Diagnosis of the cause of Lucifer’s disease is then, inflammatory self-focus.  One author calls this “romanto-intellectualism,”[7] defined as assuming that your thinking is the most accurate of all and that your feelings are the most valid.

President Benson wrote in his powerful talk on pride that there are two kinds; pride looking down, and pride looking up.  Both are really focus on self.  One author lost to my memory, noted that our problem isn’t that we think too poorly of ourselves or that we think to highly of ourselves but that we think too often about ourselves.  The enemy of faith and love is not just fear, or science, or intellectualism, or logic, or skepticism, but self-focus.  According to modern science, this cause is a universal element of our very being.[8] So what has our loving Father given us to overcome this tendency of self-focus, and “I have a better way” thinking?

Christ is our example, “Come follow me,” He lovingly invited.  DC 93 gives us an overview of His very process that serves to immunize us from the effects of a disease-cause inherent in our creation.[9]  Since it is inherent in both our spiritual and physical creation, God provides a means whereby we can become immune as He is.

12 And I, John, saw that he received not of the fulness at the first, but received grace for grace;

13 And he received not of the fulness at first, but continued from grace to grace, until he received a fulness; DC 93

We then incrementally lose that sense of self-focus, while praying with every energy of heart to obtain the divine attribute of charity or Christ-like love, by asking Father for help in helping others.  As we receive His grace, we then share it through ministering to others thereby receiving grace FOR grace.  Then as we continue, we grow from one level of grace to a higher level of grace.  Father changes us better by working through us than by working on us.

8 And prevailed not; neither was their place found any more in heaven.

9 And the great dragon was cast out, that old serpent, called the Devil, and Satan, which deceiveth the whole world: he was cast out into the earth, and his angels were cast out with him.

[3] He apparently, however, according to Isaiah, wasn’t very impressive in comparison to the damage that he did:

They that see thee shall narrowly look upon thee, and consider thee, saying, Is this the man that made the earth to tremble, that did shake kingdoms; That made the world as a wilderness, and destroyed the cities thereof; Isaiah 14:16-17

[4] Actually, charity is just under “eternal life, which gift is the greatest of all the gifts of God.” DC 14:7

[5] Revelation 12:17 went to make war with the remnant of her seed, which keep the commandments of God, and have the testimony of Jesus Christ.

[6] Revelation 12:12 …the devil is come down unto you, having great wrath, because he knoweth that he hath but a short time.

[8] This research provides the first direct evidence that we are egocentric because of higher baseline activity in a specific brain area (the MPFC/BA10, central to the DMN). When the brain is at rest, the DMN is more active, and this biases us to shift to thinking about ourselves over others. This built-in tendency must vary from individual to individual as a function of many different potential factors, arguably the result of evolution. As a very basic illustration, consider that babies who are more concerned about their mother’s discomfort during feeding than their own needs would do poorly compared to babies who take in sustenance without hesitation. While it makes sense that the fundamental egocentric tendency is necessary for survival and would, therefore, be selected by evolutionary processes, survival also requires thinking about other people and in the environment in general, particularly as we get older, and the role of reciprocity becomes more important to survival in an increasingly social world. Self-referential processing, in this view, is the cornerstone of the individual’s resting mind, but is shaped by experience over the course of development.  Psychology Today- https://www.psychologytoday.com/us/blog/experimentations/201801/why-are-you-always-thinking-about-yourself

There’s actually scientific evidence that we mostly think about ourselves.

Back in 1997, Dunbar, Marriott et al studied the topic and content of human conversations. They found that 78% of conversations involved talking about ourselves and our perceptions of the world. Medium- https://medium.com/the-ascent/research-confirms-that-no-one-is-really-thinking-about-you-f6e7b09c458

[9] God isn’t responsible for self-focus being our problem any more than parents are responsible for creating a child that isn’t perfect.  The necessary survival instincts inherent in all successful beings must be transcended or matured into the groupthink that creates Zion, or oneness with each other and God.  Even Christ “received not of the fullness at the first.” (DC93:12)

Your forgotten author is Pres. Dieter F. Uchtdorf in October 2010 gen conference talk, Pride and the Priesthood, or Nov 2010 Ensign.