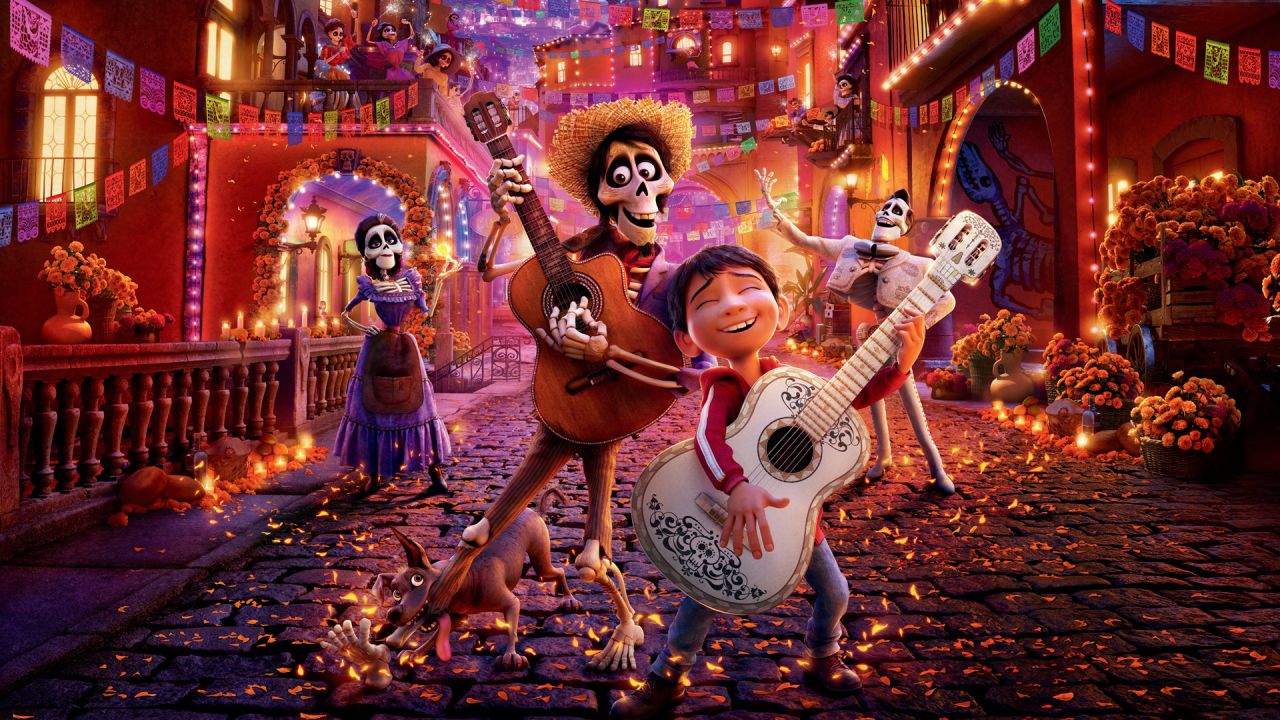 Dia de Muertos: How You Can Infuse Your Fall Festivities with Family History

Latter-day Saints don’t always seem to know what to do with Halloween. Many are uncomfortable with some of the ghoulish, eerie, or even demonic elements of the season. I have always loved the holiday, but then, the ghosts I like tend to be friendly or at least misunderstood in the end. And I’m partial to the crisp air, the colorful leaves, the pumpkin spice, and the costumes.

But even I, an avid fan of the season, can see where it may be wanting—where there is a void waiting to be filled. And it can filled with a celebration of family history thanks to Dia de Muertos—the Day of the Dead.

Dia de Muertos is a Mexican celebration that involves friends and family gathering together to pray for and remember their departed loved ones. It is considered, not a day of sadness, but a day of celebration because their loved ones awake to be with them. On the Aztec calendar, it originally fell in the beginning of August, but with European influence it began to be celebrated in the beginning of November, in conjunction with the Catholic observance of All Saints Day.

So, friends, today is the start of Dia de Muertos, and it’s not too late to celebrate.

Celebrations of this holiday take many forms, but one of my favorites is the creation of ofrendas, or altars that are often created in homes or at gravesides containing pictures, mementos and even the favorite foods of the departed.

In Pixar’s 2017 film Coco, the ofrendas have even greater impact in that an individual’s presence on their family’s ofrenda is their ticket back to the world of the living to visit for the night. Without their picture on an ofrenda, they remain trapped in the world of the dead, no matter how good their reasons for returning.

Now I firmed up my list of favorite movies in the early 2000s and few movies since have made the list, but Coco busted right through the ranks to the top three when it came out. I don’t believe that the logistics of the afterlife function quite the way the film portrayed, and yet the heart of it rang so poignantly true.

Here is the closing scene (warning: spoilers, but you will still enjoy the movie after seeing this scene):

“These aren’t just old pictures, they’re our family and they are counting on us to remember them,” says Miguel. They are not just records or birth and death dates either. They are real people who lived and who we believe continue to live.

I teared up even just rewatching this scene to find it for this article. I believe in the truth of that family gathering with attendees from both sides of the veil happy and smiling and caring for one another. And I believe that knowing about our ancestors, and inviting them into our lives can bless us in ways we can’t even imagine.

In a 2013 article in the New York Times entitled The Stories That Bind Us, author Bruce Feiler talks about fascinating research that has been done into helping families to be unified and the individuals within those families to be stronger.

Researchers Marshall Duke and Robyn Fivush developed something called the “Do you know?” scale as a way to test the hypothesis that children who know more about their families tend do better when facing challenges. The measure involved asking the children 20 questions:

Dr. Duke and Dr. Fivush asked those questions of four dozen families in the summer of 2001 and then compared the results to a battery of psychological tests the children had taken and came to “an overwhelming conclusion”:

The more children knew about their family’s history, the stronger their sense of control over their lives, the higher their self-esteem and the more successfully they believed their families functioned. The “Do You Know?” scale turned out to be the best single predictor of children’s emotional health and happiness.

Only a couple of months later, the terrorist attacks of September 11 happened and the researchers returned to those same children to assess how they were coping with the stress of national trauma.

“Once again,” Dr. Duke said, “the ones who knew more about their families proved to be more resilient, meaning they could moderate the effects of stress.”

Why does knowing where your grandmother went to school help a child overcome something as minor as a skinned knee or as major as a terrorist attack?

“The answers have to do with a child’s sense of being part of a larger family,” Dr. Duke said.

When your children feel connected to a legacy, not just of family triumphs, but of family pitfalls and mistakes and comebacks and persistence—they will have greater resilience. They see themselves as part of a larger narrative thread where things aren’t always easy or straightforward, but they belong and they can be strong like past members of their family were.

As Miguel sings in the song, those family stories become “a melody played on the strings of our souls” and we are changed for the better for it.

And not only are there incredible benefits in knowing the stories and legacy of our ancestors, but because we have the fullness of the Gospel, we also know that those ancestors are real and still living. We likely rub shoulders with them often, even if we can’t always feel it.

And though they may not wait at a bridge made of Aztec marigolds for a ticket of passage only we can give them, there are ordinances that so many of them need that only we can facilitate for them. And why not use Dia de Muertos as a day to be reinvigorated in the work of salvation for your departed dead who, if you could only remember them all, you’d realize were dear and familiar and beloved of you.

So, if you find your fall festivities wanting, borrow a little from the beauties and truths of this cultural celebration. Start small, share an anecdote about a grandmother, make and eat your uncle’s favorite food, or sing a family song.

Their stories matter, their work is important, and their lives can give your children the confidence, perspective, and resilience to stand a little taller in the storms and know that they are a part of something bigger than themselves.

“Our love for each other will live on forever, in every beat of my proud Corazón (heart)”

Our ward did this around Halloween too! I asked people to send photos and 2-3 tidbits about their lives from which I created a fun scavenger hunt for the party. As prizes, we gave a couple of DVDs of Coco. It was a huge hit! We also had all present pull out their phones and go to the Famiky Tree App. We asked them to click on Relatives Around Me to see who in the ward was related. Such a fun time!

We have had Coco themed Halloween parties at our ward for the last two years, and infused family history into it by inviting people to submit photos of their ancestors and a short paragraph about them. They were hung up for everyone to look at at the party. Of course, there was the taco bar and appropriately themed music. As the Ward Temple and Family History leader, I walked around to tables and gave them a passalong card from thefhguide.com (a family history training site recommended by the church for training purposes).

What Obstacles can Block Us from Receiving Revelation for our Families?