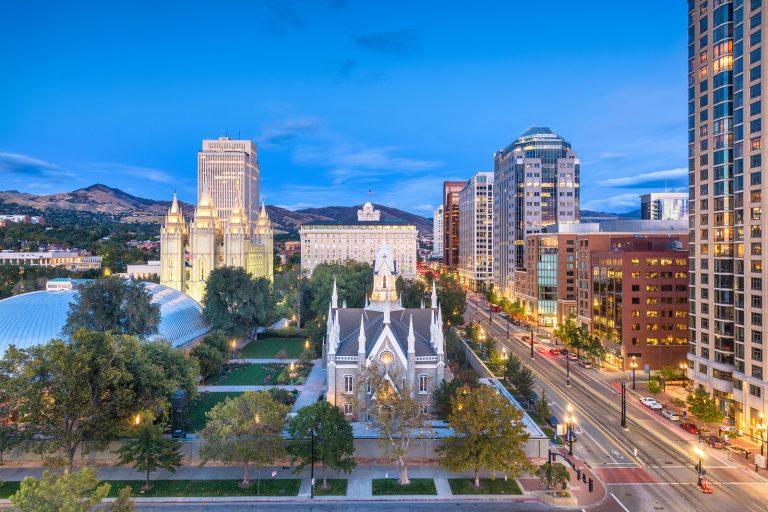 Decentralization – How the Church Outperforms Governments

As stated in my previous column, failure to put individual agency at the top of society’s priorities has always led, and will always lead, to corruption and abuse of power.  Contrary to the blessings of agency, excessive centralization reduces choices, undermines motivation and innovation, hinders voluntary cooperation resulting in less productivity, and we become less sure we’ll enjoy the fruits of our labor.

Further, we squirm under zealous enforcement of rules, the slavish adherence to the letter of the law over common sense, and an increase in bossy people overstepping authority and exerting more control than necessary.

Calvin Coolidge noted the negatives:  “No plan of centralization has ever been adopted which did not result in bureaucracy, tyranny, inflexibility, reaction, and decline.”

And Milton Friedman the absence of positives:  “The greatest advances of civilization, whether in architecture or painting, in science and literature, in industry or agriculture, have never come from centralized government.”

A modicum of centralization is obviously needed for an efficient organization, if only a geographic headquarters, so what is the Church doing differently to avoid the negatives Coolidge enumerated?  Let’s look at five factors.

The Church is vertical for principles and horizontal for application.

Leadership at the top gives instructions in terms of principles, leaving application details up to local authorities and members themselves.  So simple, so beautiful.

Of course there are times, such as the present re-opening of temples, when the First Presidency must give specific details.  But for the most part the specifics are left to the judgment of those closest to the situations where the main work of the Church is done.

We become unified without being centralized.

While man’s concentrated power is almost always detrimental to societies, God’s concentrated power benefits all His children because He shares it.  It is diffused throughout the Church.  Counter-intuitive as it might sound, God actually gains more power because His children learn to use power properly.  As they progress, they honor Him – glory and honor being synonymous with power.[1]

The Church reverses the government pattern.  Instead of spending the next generation’s money for today’s members, it uses today’s money for the benefit of both today’s and tomorrow’s members.

In contrast to the world, local leaders are not paid.  I don’t have the statistics, but would wager that the number of paid Church employees per 100,000 members is considerably lower than the number of government employees per 100,000 citizens.  More importantly, the ratio (itself a definition of centralization) will be increasing for government and decreasing for the Church as membership grows.

As the Prophet Joseph taught, we trust members to learn correct principles and govern themselves.  Stacks of Pharisaical rules and regulations are unknown in the Church.  We do have handbooks of instruction to guide local leaders, but bishops are expected to use their agency, discuss as warranted with their counselors, listen to the whisperings of the Spirit, and make decisions.  If necessary, try again (wince and repeat).

A major difference between us and the world is we do not have an army of nannies tasked to check everybody’s decisions.  As with any central bureaucracy, however, we do suffer a share of busybodies who try to micro-manage details at the local levels, but the numbers are minor compared to government.

As for how local leaders should work with members, one of my former bishops demonstrated respect for agency and his proper role when he wisely asked, “What is your game plan and how can I help?”  I’ve never forgotten it.

So have an attitude of gratitude for latitude … dude.

Not that long ago, all missionaries were interviewed for worthiness by an apostle.  It was a special experience for me to have been interviewed by then-Elder Harold B. Lee.  That decision authority has now been decentralized down to stake presidents.

Following important organizational changes over the years, “the stake assumed its role as the major governing unit between the wards and Church headquarters.  Stakes were now expected to have responsibility for every person and every program within their boundaries.  Decentralization by the transference of more priesthood responsibility to the stakes has continued as Church membership has expanded.”[2]

President Gordon B. Hinckley specifically used the key word in 1995:  “As the work grows across the world it has become necessary to decentralize administrative authority to keep General Authorities closer to the people.”

We keep our top leaders close to the members; governments isolate theirs.

This policy will expand to other Church activities because decentralization aligns with the way God disseminates his gifts of power.  Just as “it is not meet” that God commands in all things, it is not meet that his prophets, seers and revelators make every decision.

The world’s trend will become even more threatening as more nation-states entertain the idea of ceding powers to supra-national courts and legislative bodies – globalism.

In contrast, we are promised that the Gospel will roll forth until it fills the earth and will be administered, just as now, through priesthood authority.

Watching the two “globalisms” unfold will be fascinating.

Adapted from the Centralization chapter in the author’s forthcoming book “The Magnificent Gift of Agency; To Act and Not Be Acted Upon.”  Yes, it’s coming and is now being printed.

[2]  The Encyclopedia of Mormonism, http://eom.byu.edu/index.php/Stake

Thanks for the article and reminder Gary. I wish there were some way to broadcast this true principle from all the rooftops in the country.