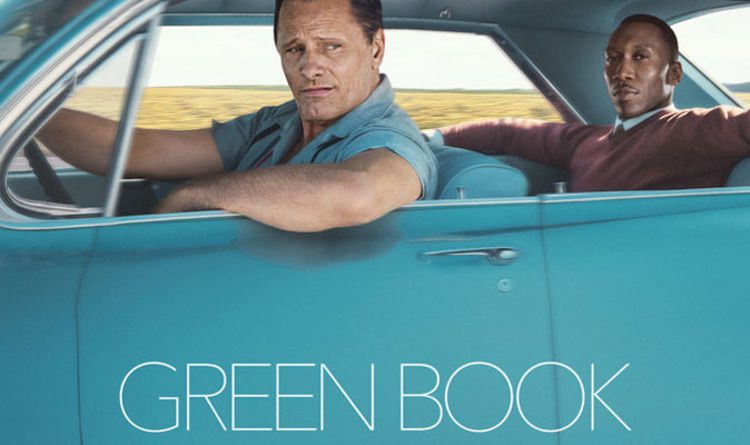 CTR Movies Review: ‘The Green Book’ Will Open Your Eyes and Heart

CTR Movies (formerly Mormon Moviegoers) is a conglomerate of Latter-day Saint film critics looking for Gospel messages in Hollywood films. We also review movies and give you a heads up about content so you can make an informed decision.. It was founded by Jonathan Decker, author of 250 Great Movies for Latter-day Families. For more of this sort of thing join our Facebook group and follow us on Facebook, Twitter, and YouTube.

WHAT’S THE GREEN BOOK ABOUT?

Inspired by a true story, The Green Book will open your eyes and heart. It’s about a genius African-American musician who hires a bodyguard for his tour of the Deep South in the 1960’s and the friendship that develops between them.

Before watching this movie, I had no idea such a guidebook existed.  It was an actual booklet that identified which restaurants and motels were the ones in which African-American travelers could be served from 1936 to 1966. Its subtitle was “The Negro Motorist.” It’s absolutely mind-boggling to me that such a book was ever needed.

Far from a buddy road-trip flick, this powerful film won the People’s Choice Award at the Toronto International Film Festival in September 2018. There is already talk that The Green Book could be nominated for an Oscar for Best Picture. It’s so much better than a lot of the garbage that hit the big screen this year.  It’s a lovely movie that more people should be talking about, yet has somehow slipped under the radar for most moviegoers.  It’s still in theaters.  Go see it!

IS IT ANY GOOD?

Yes! Everyone fell in love with Viggo Mortenson in The Lord of the Rings trilogy, including me. He knocked it out of the park in this film. Is an Oscar nomination in his future?  I hope so.  He certainly deserves it.  He got to spend a six-hour dinner with Nick Vallelonga’s real family when he realized he needed to gain more weight and work on his bulging stomach for this movie.  Mission accomplished.

Academy Award winner for the movie Moonlight, Mahershala Ali was perfect for the role as Dr. Shirley.  Kris Bower composed the music in the film and also served as Mahershala Ali’s piano double.  I didn’t even realize there was a piano double because the editing was done so well.

You get to see pictures of the real people this story is inspired by at the end of the movie.  I love that they used real family members in the Vallelonga family dinner scenes.

They tour through the “Deep South” and are faced with stereotypes and prejudices. I lived in Georgia for 15 years from 1987 to 2008 and was surprised to still see some of those prejudices.  It’s time to stop seeing racial differences, but instead, celebrate our wonderful differences and focus on our similarities. The gospel of Jesus Christ teaches us to “love one another.” This movie showcases two real-life men from completely different backgrounds learn to become friends and value each other. The character arc in the film is wonderfully satisfying.

Some viewers have been critical that the film glosses over some of the important things that were happening in the United States in the 1960’s.  I disagree.  It wasn’t the scope of the movie to address every element of the Civil Rights movement, but we certainly feel the heaviness of the racism of the time.  The movie is focused on the character development, not every detail of history.  If you want more history, you should definitely watch Selma.

The Green Book is rated PG-13. There’s some profanity, including 1 F-bomb, racial slurs, name calling, the “N” word. There is a LOT to talk to your children about in this movie: black vs. white, rich vs. poor, classy vs. trashy, history, dignity, self-control and so much more! Lots of smoking and drinking. Viggo Mortensen (Tony) wears boxers and a tank top in many scenes. You see two implicitly naked men, arrested by police, handcuffed and sitting on the floor, but you don’t see their rear ends or private parts

For another excellent film about interracial friendship in the 60’s, it doesn’t get any better than Disney’s Remember the Titans. Have a look above, then rent or buy it here.

I agree completely! It was a great movie. No dumb Hollywood exploitation and edginess. They went sweet and uplifting as much as possible without being saccharine. Oscar worthy all the way around, Viggo, Mahersahala, everyone.