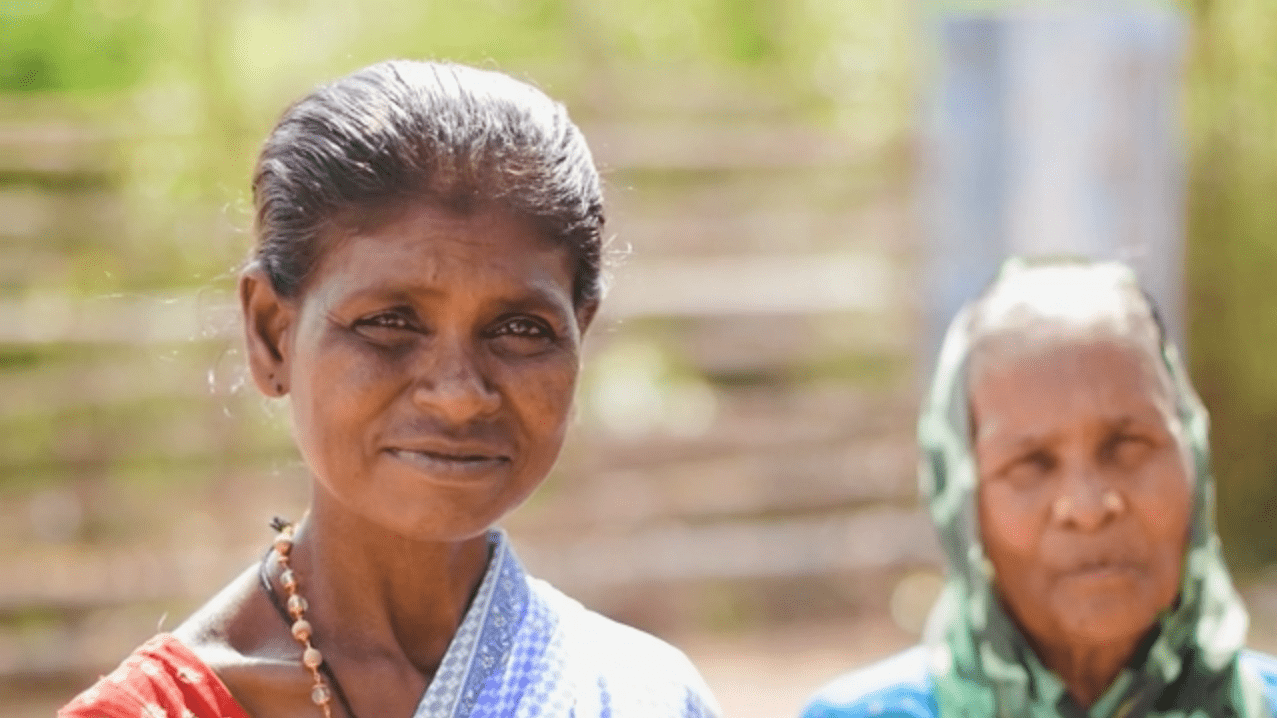 To learn how you can help with the efforts of Rising Star Outreach, click here.

In this series of articles, I have tried to teach through stories, principles that we have learned through our work at Rising Star Outreach. Why? Because, in the end, not everyone can go to India to serve the poor. But the principles that work in India to create healing, can also heal if put into practice anywhere in the world.

In this vein, it is interesting to look back at the genesis of how we have addressed physical wounds in our work with the leprosy-affected. On my first trip to India, I was overwhelmed at the physical suffering of the leprosy-affected beggars petitioning us for money when our car stopped at traffic lights. They had rotting hands and feet, misshapen faces, open, gaping wounds, and even maggots in some of their wounds. It was this suffering that drove me upon my return home to create Rising Star Outreach, a charity to help these poor, neglected people. But, how to heal?

We initially raised enough money to hire a doctor, but imagine our surprise to learn that it was impossible to find a doctor in India willing to treat a person with leprosy! None were willing to touch these people, because those with leprosy were considered Dalits, or Untouchables. If a doctor were to touch one of these patients, it was believed that the doctor, himself, would become defiled. Then he would be unfit to treat other patients.

Having no medical training, I felt helpless to do anything. Then one day I happened to see a man cleaning out a wound with his pocketknife. When the wound was cleaned out, he filled the resulting hole with salt crystals, apparently to keep infection down. Then he wrapped the wound in a bandage. A little voice in my head was saying, You could do that! And so, on my next trip to India I brought my pocketknife. I literally dug out the rotting, infected flesh in the wounds! I have to admit, the first time was hard, but the patient was so grateful for this little bit of help, that soon all of our volunteers were doing the same. We worked in the dirt, with no anesthesia—it was truly a nearly archaic way of treating the wounds.

Some time after this, we were finally able to find a doctor to run our medical program. Hallelujah! We started a mobile medical clinic that could travel to seven different leprosy colonies each week and treat the wounds. Finally, the patients were able to receive real help! But then an interesting problem emerged. I noticed as I would make trips to India that the wounds didn’t seem to be healing much. Months after receiving weekly treatments, the wounds seemed to look the same.

When I asked our doctor about this he shook his head and said with some discouragement and exasperation, “I’m doing all I know to do, but the patients never do anything I tell them. Every week when I come, they’ve done nothing to care for their wounds and it seems we’re starting all over again.”

I mentioned this problem to Padma, our partner in India. Padma listened patiently.   Before responding, I could tell she was weighing how directly she ought to speak. After a pause, she looked straight at me and said evenly, “You Americans! You come to India, wanting to help. But you just give things to people. I’m sure it makes you feel good to think you’re helping, but there is a truth you’re missing here. Nothing given free has any value. Besides, every time you give something to a person, you diminish that person.”

This struck me like a ton of bricks. I had worked so hard to be able to give to these needy people. Now, here was Padma telling me that I was diminishing them with each gift. The thought practically knocked me back on my feet.

But, how then? If I couldn’t give medical treatment to people, how could we find a way to heal them? To Padma, the solution was not difficult. We simply needed to make each patient responsible for their own well-being. To do that, we needed to charge each patient, even the smallest amount of money so that they would be personally vested in their care. I recoiled at that thought—how was it even possible—let alone moral—to charge people who had no money even for sufficient rice to live?

But Padma was insistent. She said that even if we charged them two rupees each time they came, it would give them the sense of being involved in their care. Two rupees is the equivalent of three cents. I was dubious. It made me feel like a mercenary. Besides, what difference could three cents make?

Seeing how uncomfortable I was with this, Padma said if it made me feel better we could give the collected funds to one of the Women’s Self-help Groups to fund more micro-businesses. Our doctor went out and bought a plastic bank resembling Buddha. Reluctantly, I instructed our doctor not to give any more medical treatments to patients unless they paid 3 cents when they came for treatment. The money was to go in the Buddha bank. He added that he would also charge them 16 cents to set up a chart. They would have to bring their medical chart with them each time, or he would not give treatment. If they lost their chart, they would have to pay 16 cents to set up another one. By now I was really squirming.

But Padma confirmed the wisdom in this plan. With both Padma and Dr. Krishnakanth looking at me, I finally caved and said meekly, “Well, as long as it all goes into the Buddha bank and we can give the bank to Women’s Self-Help Groups when it gets filled . . .” And so, the new plan was put into effect.

The most amazing thing happened. The wounds began to heal! The patients, it seemed, were suddenly doing everything the doctor told them to do. Being invested in their medical care, gave the care more value to them. That was like a light going off in my head! I began to look at everything we were doing and holding it to this measure: nothing given free has any value.

After some time, we noticed that there were a number of patients who, even though they were following the doctor’s instructions, still had wounds that refused to heal. At this point we had a wonderful American doctor, Karl Kirby, who had come to work with us for a year, alongside our Indian doctor. When I questioned Dr. Kirby why some of these wounds weren’t healing he explained to me that some patients had diabetes and therefore had real issues with healing. He suggested that our once-a-week treatments were not sufficient. These patients needed to clean their own wounds every single day, and apply clean bandages. Even more difficult, they needed to cut off their own necrotic tissue each day to that the wounds could close.

Since we couldn’t possibly visit seven colonies every day the only alternative was to teach the patients to clean their own wounds. We created wound self-care kits. Dr. Kirby gave lots of training to the patients. The results were staggering!! Wounds that had stuck around for three years were suddenly healing after a few weeks. Once again, it was brought home to me in a graphic fashion how important it was to give people the responsibility for their own healing.

Poongathai is a great example of this principle. She suffered for years with ulcers in her feet that would make even the most hardened volunteer wince. She struggled to walk. Nothing she did seemed to make any difference. The wounds continued to grow until they had reached the grotesque stage. Even weekly visits from the doctor weren’t stopping the spread of the destruction in her feet.

When Poongathai came to the first wound-self-care group she was skeptical. Why would a program that she would do herself, work, when all other programs had failed? But she decided to try. Unbelievably, almost daily she began to see visible signs of healing. In a little over four weeks, her festering wounds were nearly healed up. She was incredulous! The best thing of all was her proud, radiant smile as she took off her bandages to show the doctor that her own treatment had been more effective than his!

The great thing about a principle, unlike a practice, is that it can be applicable in all occasions. The principle here is a simple one: empowering people to solve their own problems is always more effective than trying to solve their problems for them. It not only works on physical wounds, but it works on social, emotional and spiritual wounds as well. It works in families. It works in communities. It works in nations.

The exciting thing to me is that as we look at seemingly intractable problems in our lives, by applying this principle, we can find simple answers that work. Answers that truly lift, heal, empower and ennoble.

Lizzie Girl, Every time someone tells me that something I've written or said has helped them, I feel lifted as well. Thank you so much for sharing and making my day! God bless you as you face your challenges and find new strength.

Thank you for this article! I remember hearing these words of Brigham Young when as a young girl I visited the Beehive House in Salt Lake City: "My experience has taught me,” said President Brigham Young, “and it has become a principle with me, that it is never any benefit to give, out and out, to man or woman, money, food, clothing, or anything else, if they are able-bodied, and can work and earn what they need, … This is my principle and I try to act upon it. To pursue a contrary course would ruin any community in the world and make them idlers.” (Discourses of Brigham Young, 1925 edition, p. 422.) Marion G. Romney, October 1973 General Conference, "Church Welfare—Some Fundamentals."