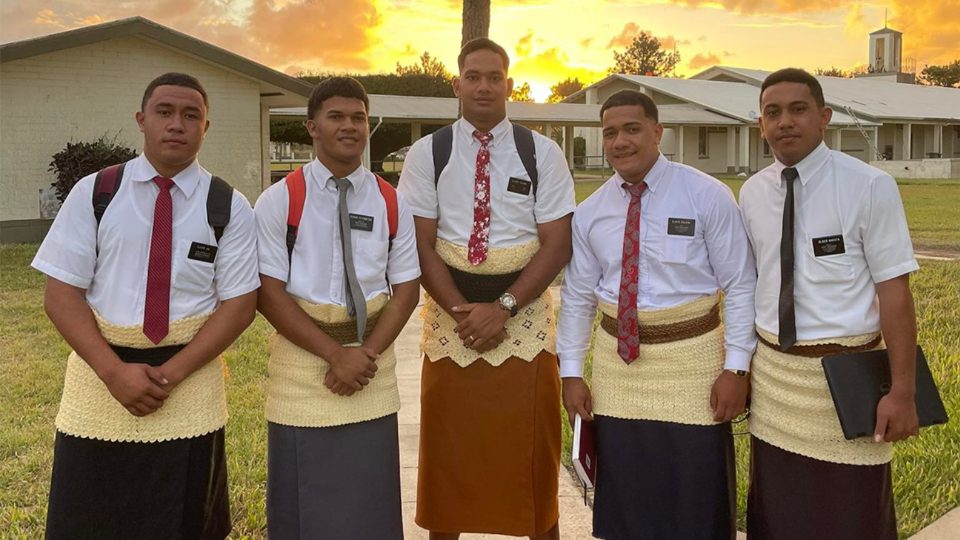 Courageous Tongan Missionaries Save Lives After Volcanic Eruption and Tsunami

The entire nation of Tonga has been impacted by the events of 15 January 2022, when an undersea volcanic eruption spewed ash and rocks over nearby islands, and also triggered a devastating tsunami.

Homes have been damaged or destroyed. Families and communities continue to clean up and rebuild, often lending a hand to neighbours, extended families and members of their congregations.

Four people died and 18 were injured as a result of the natural disaster. Communication is still intermittent and patchy, and aid is still required to sustain life and help communities rebuild.

Amidst the tragedy of the events of 15 January, there are stories of courage and heroism. Two such stories involve missionaries from The Church of Jesus Christ of Latter-day Saints.

The eruption occurred 65 kilometres from the main island of Tongatapu which was hit by a tsunami and was covered with ash. Sites along the west coast were severely damaged. Other islands north of the volcano were also in the direct path of the tsunami which struck them with terrible force.

When he heard about the volcano, he knew there would be a dangerous tsunami. President Fehoko grabbed his cell phone and began to call each group of missionaries on the islands closest to the volcano to warn them and tell them to head to the highest ground as soon as possible.

Elder Malakai Ika and Elder Richard Tu’l’onetoa were in their missionary apartment on Kotu Island, about 90 kilometres from the volcano. They received the call from President Fehoko who told them to leave immediately and run to higher ground.

The missionaries did just that and called out to others to head up the hill. Not everyone heeded their warning, as they were curious and wanted to see what was happening in the ocean. Elder Ika recognized a father and two young children trying to hurry up the hill.

He grabbed the children and carried them to the top. Elder Tu’l’onetoa heard a cry for help and ran back to find an elderly woman crying and struggling to push her walker up the hill. He picked her up and started back up the hill.

As he neared the top, he turned around and saw a huge wave heading towards them and he thought they would be overtaken. Suddenly, the wave turned away and didn’t even touch them.