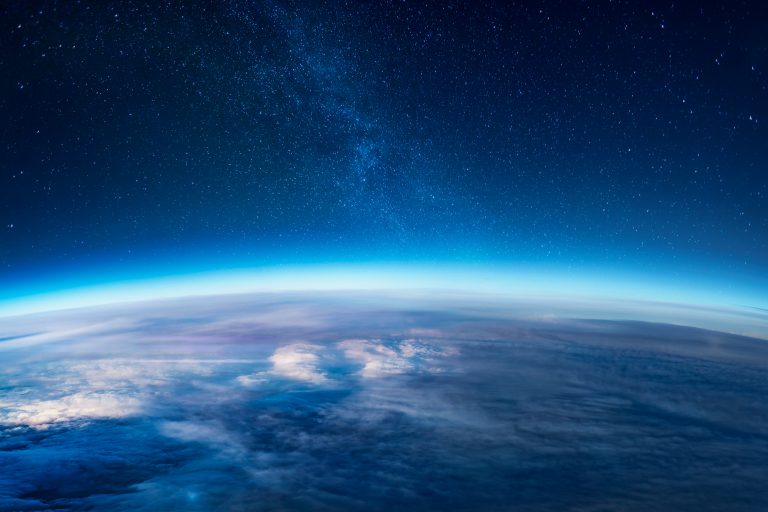 Here, I share again some excerpts from Pim van Lommel, Consciousness Beyond Life: The Science of the Near-Death Experience (New York: HarperCollins, 2010).  Dr. van Lommel is a well-known Dutch cardiologist.

Can we speak of consciousness when a person is in a coma?  A recent article in Science looked at the scientific evidence of awareness in a patient in a vegetative state.  This is a form of coma with spontaneous breathing and brain-stem reflexes.  Brain tests showed that when this patient was instructed to imagine certain activities like playing tennis or moving around her home, the monitors recorded changes identical to those in healthy volunteers who carried out the same instructions.  This means that the identified changes can be explained only by assuming that this patient, despite her vegetative state, not only understood the verbal instructions but also carried them out.  The research demonstrated that this coma patient was aware of both herself and her surroundings but that her brain damage prevented her from communicating her thoughts and emotions directly to the outside world.  In her book Uit coma (Out of Coma), Alison Korthals Altes also describes seeing staff and family in and around the intensive care unit during her three-week coma following a serious traffic accident.

Can we still speak of consciousness when a person has been pronounced brain-dead?  In his book Droomvlucht in coma (Dream Flight in Coma), Jan Kerkhoffs tells us about his conscious experiences after neurologists declared him brain-dead following complications during brain surgery.  Only because his family refused organ donations was he able to write about his experiences because, much to everybody’s surprise, he regained consciousness after three weeks in a coma.  (ix-x)

I felt that I was sliding deep down into another state of consciousness.  That’s to say, my consciousness traveled while my body remained motionless on the bed.  I could see my body, but I couldn’t feel it.  I was being sucked away, as it were.  I entered an extremely dark, long, and spiral-shaped tunnel, which struck me as frightening though not unfamiliar at first.  I soared through this spiral-shaped tunnel, and the further or the higher I got, the lighter it became.  The intensity of the light changed to a deep purple/violet.  “Above” me I saw an extremely bright, radiant white light.  I whirled, floated, toward it.  (27)

I felt that I was letting go of my body and rising up.  Through the roof.  Over the hospital.  Everything became smaller, and I began to accelerate.  Everything around me was dark, with the exception of several stars that hurled toward me and I noticed their different colors.  I had no time to look at anything because I was moving so fast.  Things slowed down when I saw that I’d ended up in a kind of hourglass and that I was being “sucked” toward the opening.  Then I realized that I wasn’t alone because a flow of translucent beings was heading the same way as me and another flow was moving in the opposite direction.  When I thought about reincarnation, it later dawned on me that it could well be this flow.  [Latter-day Saints might perhaps propose a rather different explanation for the two-way traffic.]  Once I got through the opening everything began to change.  First off, I got this feeling.  It was so emotional that I can’t possibly describe it.  I was overcome with a feeling of peace that I’d never known on earth. . . .  An overwhelming feeling of love came over me, not the earthly feeling I was quite familiar with, but something I can’t describe.  Above me, I saw a bright light, and on my way there I heard beautiful music and I saw colors I’d never seen before.  As well as the feelings I just described, I had the impression that this was a different dimension altogether.  And if anything was missing it was our earthly conception of time!  I had what you might call an enhanced vision of this other dimension.  On my way up, toward the all-encompassing light, I saw numerous other “beings” who were also heading there.  When I had nearly arrived at this light, a kind of membrane in front of it stopped me from going any further . . . (27-29)

We still do not know how it is possible for people to experience an enhanced consciousness during a cardiac arrest, that is, during a period when the brain displays no measurable activity and all brain function, such as bodily and brain-stem reflexes and breathing, has ceased.  Looking at the interaction between consciousness and the brain, we concluded that consciousness cannot be seen as the product of brain function.  (205)

Actually, having dealt for years with online critics, I’m not nearly so skeptical as I would once have been about the existence of a kind of consciousness during a period when the brain displays no measurable activity and all brain function has ceased.  But I somehow suspect that we’re talking about two different things here.

When brain function is impaired, NDErs experience an enhanced consciousness detached from the body followed by a conscious reentry into the body, rendering a materialist explanation of consciousness highly unlikely.  (241)

Neurophysiological studies have shown that brain activity cannot account for the content of thoughts and feelings whereas there is incontrovertible evidence for the mind’s influence on the brain, given that the anatomical structure of the brain and its associated functions can change in response to experiences in the mind (neuroplasticity).  (242)

Here, I offer two reports of near-death or out-of-body experiences, by Dr. van Lommel in Consciousness Beyond Life.  The first comes from the very famous Swiss psychiatrist and psychoanalyst Carl Gustav Jung (1875-1961), the founder of analytical psychology.  In November 1944, he suffered a serious heart attack.  Here is a portion of his account of what happened at that time:

It seemed to me that I was high up in space.  Far below I saw the globe of the earth, bathed in a gloriously blue light.  I saw the deep blue sea and the continents.  Far below my feet lay Ceylon, and in the distance ahead of me the subcontinent of India.  My field of vision did not include the whole earth, but its global shape was plainly distinguishable and its outlines shone with a silvery gleam through that wonderful blue light.  In many places the globe seemed colored, or spotted dark green like oxydized silver.  Far away to the left lay a broad expanse — the reddish-yellow desert of Arabia; it was as though the silver of the earth had there assumed a reddish-gold hue.  Then came the Red Sea, and far, far back — as if in the upper left of a map — I could just make out a bit of the Mediterranean.  My gaze was directed chiefly toward that.  Everything else appeared indistinct.  I could also see the snow-covered Himalayas, but in that direction it was foggy or cloudy.  I did not look to the right at all.  I knew that I was on the point of departing from the earth.

Later I discovered how high in space one would have to be to have so extensive a view — approximately a thousand miles!  The sight of the earth from this height was the most glorious thing I had ever seen.  (22-23)

Please keep in mind that, when Carl Jung died on 6 June 1961, the “space age” had only barely begun.  The first artificial satellite, the Soviet Union’s Sputnik 1, had been launched into low Earth orbit in October 1957.  The first human to journey into outer space was the Soviet cosmonaut Yuri Gagarin, who had completed an orbit of the Earth on 12 April 1961, less than two months before Jung’s passing.  Photographs of Earth from space, let alone full color images, weren’t exactly common in June 1961.  To say nothing of November 1944.

And now, second, here is the interesting account of someone who was color-blind:

I saw the most dazzling colors, which was all the more surprising because I’m color-blind.  I can distinguish the primary colors, but pastels all look the same to me.  But suddenly I could see them, all kinds of different shades.  Don’t ask me to name them because I lack the necessary experience for that.  (23)

The first comes from a patient who had a near-death experience (NDE) that included an out-of-body component.   The NDE was caused by complications during a surgical procedure.  Please don’t be offended by the slightly rough language:

No, I’d never heard of near-death experiences, and I’d never had any interest in paranormal phenomena or anything of that nature.  What happened was that I suddenly became aware of hovering over the foot of the operating table and watching the activity down below around the body of a human being.  Soon it dawned on me that this was my own body.  So I was hovering over it, above the lamp, which I could see through.  I also heard everything that was said:  “Hurry up, you bloody bastard” was one of the things I remember them shouting.  And even weirder: I didn’t just hear them talk, but I could also read the minds of everybody in the room, or so it seemed to me.  It was all quite close, I later learned, because it took four and a half minutes to get my heart, which had stopped, going again.  As a rule, oxygen deprivation causes brain damage after three or three and a half minutes.  I also heard the doctor say that he thought I was dead.  Later he confirmed saying this, and he was astonished to learn that I’d heard it.  I also told them that they should mind their language during surgery.  (21-22)

The second is the story of a woman who, in a deep coma with no measurable brain activity, was about to be taken off of the ventilator because her treating neurologist had declared her brain-dead:

While she was thought to be in a deep coma without any apparent brain activity, her specialist and husband were having a conversation by her bedside.  The specialist predicted that his patient would be a “vegetable” for the rest of her life and asked the husband to consider taking her off the equipment that was keeping her alive.  The husband was still hopeful of a recovery, so she was kept on the ventilator.  Several months later, the woman woke up, despite the somber prognosis.  It emerged that she had been able to hear through most of her coma and had overheard the conversation between her doctor and husband about passive euthanasia!  She said how awful this had been and that while she had been trying to shout that she was still there, that she wanted to live, be with her husband and children, they were discussing her possible demise.  (23)

I have read and heard many near death experiences. One of the most profound, was a woman who had been born blind, but who was able to see what was happening around her body during her experience.