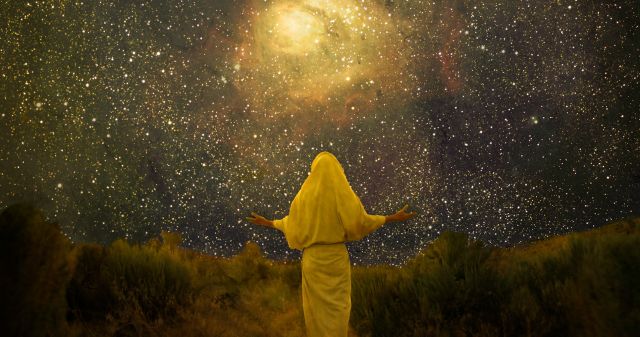 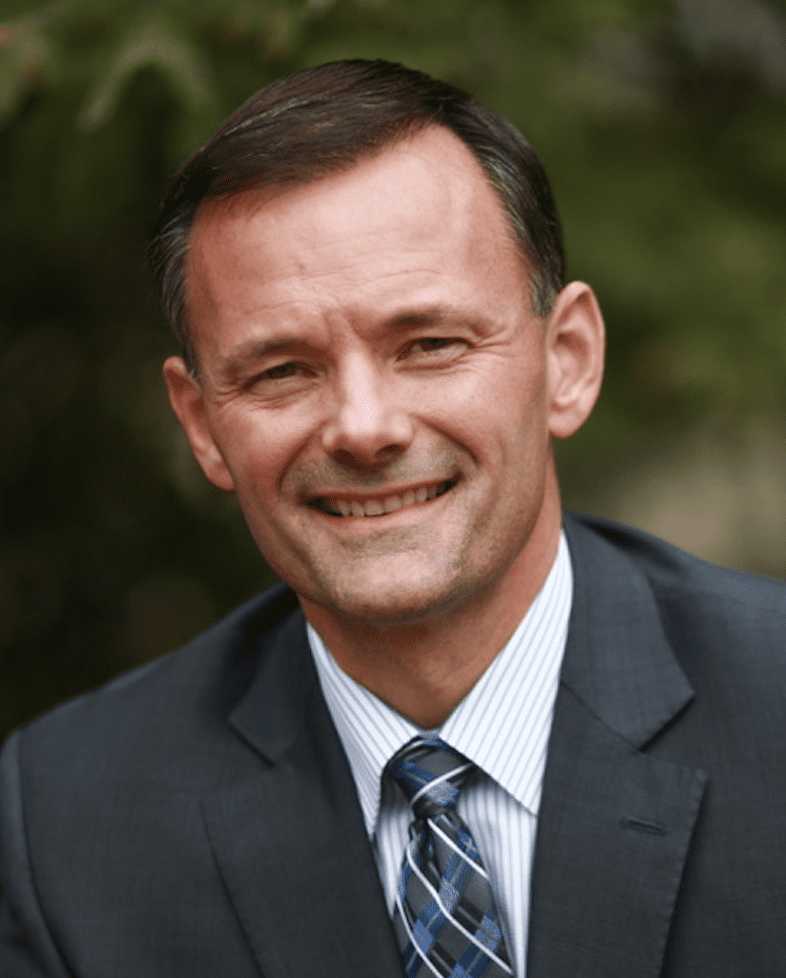 As you begin this week’s reading of Nahum, Habakkuk, and Zephaniah, you may be tempted to think there is little or nothing for you to learn from these books.  They are a bit hard to read and seem written for someone else’s day. They may even seem a bit boring.

When it comes to boring sermons, we can take a lesson from President Eyring who taught:

Years ago, I was sitting in a sacrament meeting with my father, whose name is the same as my own, Henry Eyring. He seemed to be enjoying what I thought was a terrible talk. I watched my father, and to my amazement, his face was beaming as the speaker droned on. I kept stealing looks back at him, and sure enough, through the whole thing he had this beatific smile.

Our home was near enough to the ward that we walked home. I remember walking with my father on the shoulder of the road that wasn’t paved. I kicked a stone ahead of me as I plotted what I would do next. I finally got up enough courage to ask him what he thought of the meeting. He said it was wonderful.

Now I really had a problem. My father had a wonderful sense of humor, but you didn’t want to push it too far. I was puzzled. I was trying to summon up enough courage to ask him how I could have such a different opinion of that meeting and that speaker.

Like all good fathers, he must have read my mind because he started to laugh. He said: “Hal, let me tell you something. Since I was a very young man, I have taught myself to do something in a church meeting. When the speaker begins, I listen carefully and ask myself what it is he is trying to say. Then once I think I know what he is trying to accomplish, I give myself a sermon on that subject.” He let that sink in for a moment as we walked along. Then, with that special self-deprecating chuckle of his, he said, “Hal, since then I have never been to a bad meeting.”

I don’t suppose he used all of the steps I have described to you. He may very well have prayed for that speaker. Over a lifetime he had studied. When he knew what the speaker was trying to say, he had a deep well to go to so he could give himself that sermon.

My father was the kind of man who would have listened to that high council visitor. If he had felt a little pricking in his heart to do something, Dad would have done it. He could listen to anybody. He used to embarrass me when we stopped to get gas because he would seek advice from the gas station attendant. Dad would always treat him as an equal. Dad would say: “Look, I can learn something from anybody. They have had experiences I haven’t had.”[i]

There is something for us all to learn, even from the boring meetings or confusing scriptures. So, as we turn to this week’s reading, let’s consider a few things we can learn.  Let’s begin with Nahum 1:1. The first sentence reads, “The burden of Nineveh.”  What is the burden of Nineveh?

One hundred years earlier than the events written of in Nahum, Jonah accepted the call to preach to the people of Nineveh.  At the time, they repented and were saved.  By the time that Nahum began to preach, they people had fallen back into wickedness.  Therefore, the burden that Nahum pronounced on Nineveh was a prophesy of fate.

Nahum uses his poetic style to tell Nineveh that her forthcoming punishments were merited because of her wickedness.  In fact, in Nahum 3:8-11 he tells her that she is no better than the Egyptian city No-Amon which was destroyed by the King of Assyria.

The Lord has used burdens to humble his people and bring them to repentance. In the scriptures, burdens have taken several different forms. In Mosiah 21 we read of Limhi’s people. The Lamanites put heavy burdens on their backs. They were oppressed, harassed, taxed, and suffered great afflictions.

They petitioned the king to let them go to war against the Lamanites.  They did and were driven back. They went again to battle and were driven back.  Finally, they humbled themselves “even to the dust” (Mosiah 21:13) and did cry mightily unto the Lord.  The scripture says, “the Lord was slow to hear their cry because of their iniquity; nevertheless, the Lord did hear their cries….”

This is a meaningful pattern for us in our day.  When we make poor choices and experience the burdens that may accompany them, the way to ease those burdens is through the Lord Jesus Christ.  As Matthew 11:30 says, “my yoke is easy, and my burden light.”

It would later be said of the people of Mosiah, “they poured out their thanks to God because he had been merciful unto them, and eased their burdens, and had delivered them out of bondage; for they were in bondage, and none could deliver them except it were the Lord their God” (Mosiah 24:21).

So, how do we, in our lives, become meek and come to the Lord to ease or remove our burdens? Perhaps we can follow the advice in Isaiah 58:6 which says, “Is not this the fast…to undo the heavy burdens?”

As unpleasant as it is to read, “Nahum’s message is still true: decadence ends in destruction. Although the Lord is ‘slow to anger,’ He is also ‘great in power, and will not at all acquit the wicked.’ His mercy shall not rob justice, but neither will justice rob His mercy. ‘The Lord is good, a stronghold in the day of trouble; and He knoweth them that trust in Him.’”[ii]

Habakkuk likely lived sometime around the destruction of Jerusalem in 587 BC. Other prophets living at the time included Jeremiah Lehi and Zephaniah. He was troubled by the wickedness of the world, asking the Lord “O Lord, how long shall I cry, and thou wilt not hear!”

He asks the Lord how can the wicked prevail?  And the Lord answers him to wait and have faith, that in his timing he will do all that he promises.  You can trust in the Lord and his timing.

The Lord’s timing is often to recognize and accept because it may be different than what we think or what seems reasonable. Elder Dieter F. Uchtdorf said,

“God’s promises are not always fulfilled as quickly as or in the way we might hope; they come according to His timing and in His ways. … The promises of the Lord, if perhaps not always swift, are always certain.”[iii]

However, when we carry a burden, we see others who are wicked who seem to prosper, we are seeking help for suffering that may seem unfair, or we are seeking answers to our prayers, it requires faith to trust in the Lord’s timing. As we wait, it can be understandable to question whether the Lord does in fact hear our prayers or even care.

In speaking on the Lord’s timing, Elder Oaks suggests we put our feet on the Lord’s path and do all we can to stay there.  Then, the timing of the Lord will be less important.  He said “The most important principle of timing is to take the long view. Mortality is just a small slice of eternity, but how we conduct ourselves here—what we become by our actions and desires, confirmed by our covenants and the ordinances administered to us by proper authority—will shape our destiny for all eternity.”[iv]

Also living at the time of Jeremiah and Lehi was the prophet Zephaniah. He warned of the destruction waiting for the Jews because they “turned back from the Lord” (Zephaniah 1:6). What does that mean?  Jeremiah described it this way, “They are turned back to the iniquities of their forefathers, which refused to hear my words; and they went after other gods to serve them: the house of Israel and the house of Judah have broken my covenant which I made with their fathers” (Jeremiah 11:10).

Zephaniah gives excellent advice to us and to the people of his day when he said “Seek ye the Lord, all ye meek of the earth…seek righteousness, seek meekness: it may be ye shall be hid in the day of the Lord’s anger” (Zephaniah 2:3).

Howard W. Hunter said, “And what of the meek? In a world too preoccupied with winning through intimidation and seeking to be number one, no large crowd of folk is standing in line to buy books that call for mere meekness. But the meek shall inherit the earth….  Sooner or later, and we pray sooner than later, everyone will acknowledge that Christ’s way is not only the right way, but ultimately the only way to hope and joy. Every knee shall bow, and every tongue will confess that gentleness is better than brutality, that kindness is greater than coercion, that the soft voice turneth away wrath. In the end, and sooner than that whenever possible, we must be more like him.”[v]

Neal A Maxwell said, “When we are truly meek, we are not concerned with being pushed around, but are grateful to be pushed along. When we are truly meek, we do not engage in shoulder-shrugging acceptance but in shoulder-squaring, in order that we might better bear the burdens of life and of our fellow beings… Meekness also cultivates in us a generosity in viewing the mistakes and imperfections of others….”   (Meekness—A Dimension of True Discipleship, Ensign, March 1983, 70).

So, as you read these three books from the Old Testament this week, look a bit closer for the message that may be there for you and me. In these chapters are truths to discover.

[ii] As quoted in The Burden of Nineveh, LDS.org.