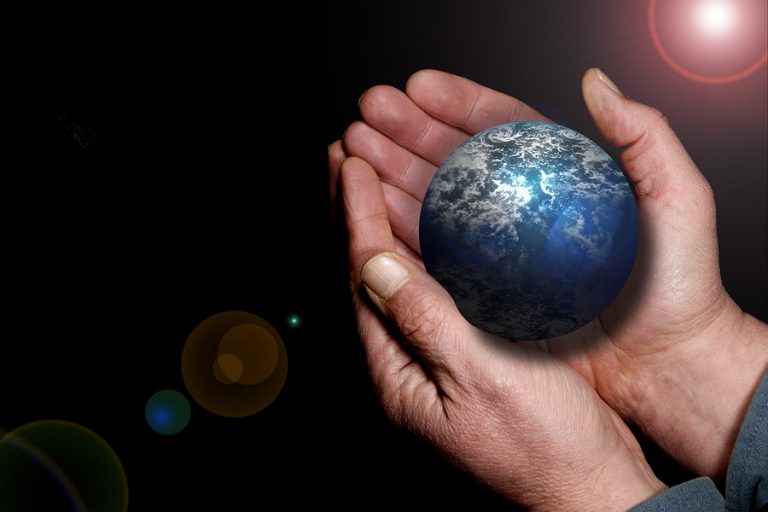 When there’s no breaking news about impeachment, elections, international tensions, or the economy, we always have climate change to fill the news hole.

From one side, we hear that human activity is endangering the planet – that man’s excessive fossil fuel use releases greenhouse gases into the atmosphere and traps heat thus causing global warming.  Such heat-producing carbon emissions melt arctic ice, increase sea levels, cause famines, and spawn hurricanes.  Further, it even causes earthquakes in that hurricanes by definition come with lower atmospheric pressures which allow earthquake faults to move more easily and release accumulated strain.  In short, every geological or weather-related or crop-failing phenomenon can be linked to climate change.

Proponents of these arguments predict what will happen if we fail to curb carbon emissions and do not transform our energy system away from fossil fuels:

From the other side of the debate, we hear the argument that climate change is a natural process of ups and downs, that temperature variations remain within the bounds of natural fluctuations over the centuries, and human activity has minimal impact.  Further, that human-produced gases are naturally absorbed by “carbon sinks” (oceans, forests) and that sea levels have been steadily rising for thousands of years and have nothing to do with human behavior.

As reasons not to panic, they cite their opponents’ predictions on Earth Day 1970:

No one argues that we need not care for the environment, and few will claim man has been a great steward.  But the question is whether this lack of stewardship, combined with substantial use of fossil fuels, is a sufficient explanation for hurricanes, famines, earthquakes, and the like.

As pro and con arguments continue, the important thing to note is the debate centers on one main variable:  the role of man.  Both sides seem to assume man is the sole determinant of weather events and the only question is the extent.

So for non-atheists the obvious question:  What about the role of God?  Does He ever intervene by sending climate events – perhaps (just speculating, mind you) to prod His children to change their ways?

Numerous times of course (about a dozen famines alone are mentioned in the Old Testament) and my favorite in the Book of Mormon is when Nephi, son of Helaman, specifically prayed for a famine in the land “to stir them up in remembrance of the Lord their God…”  Lasted three years; the people got the message.  Those who survived.

More importantly for this discussion, will message-bearing, weather-related events happen before the Second Coming?  Yes, including …

But not everything that happens can be attributed solely to God or solely to man.  I submit there are three sources of environmental disasters:

So why the emphasis on only one source?  Why the lack today of even a rudimentary discussion that God might – just might – send an occasional weather event for His own purposes?  Why have we not heard or read any references to God in climate-change debates?

Because that is how the adversary wants it.

He inoculates against God’s warnings that may be attached to certain hailstorms, floods, famines, earthquakes, and scourges by focusing the debate on man’s mismanagement of the environment.  He tolerates no other explanation.  And he doesn’t care which side is speaking or which side wins.  He enjoys the debate as he conditions people that they need not change their iniquitous ways.

To re-emphasize:  If Satan can maintain the focus on man’s environmental behavior and ignore man’s moral behavior, when earthquakes, hurricanes and famines occur, he will have conditioned people to shrug them off as … mere climate change.

This is by far the best and most accurate article about "climate change" that I've ever read.

Back in the 1970's, (I know, prehistoric times for many people), the world Communist organizations realized that they were not gaining control of the nations quickly enough with their political movements. They decided that the environmental movement, "the Greens", offered them their best alternative, so they infiltrated most of the environmental organizations around the world. You may have noticed that most of the remedies for environmental concerns, whether real or imagined, involve massive government control and forfiture of free agency by all individuals in society. Whether Climate Change is a natural process, an act of God or a man made crisis, or all three at once, the Communists, inspired by Satan, will and are turning it to their advantage.