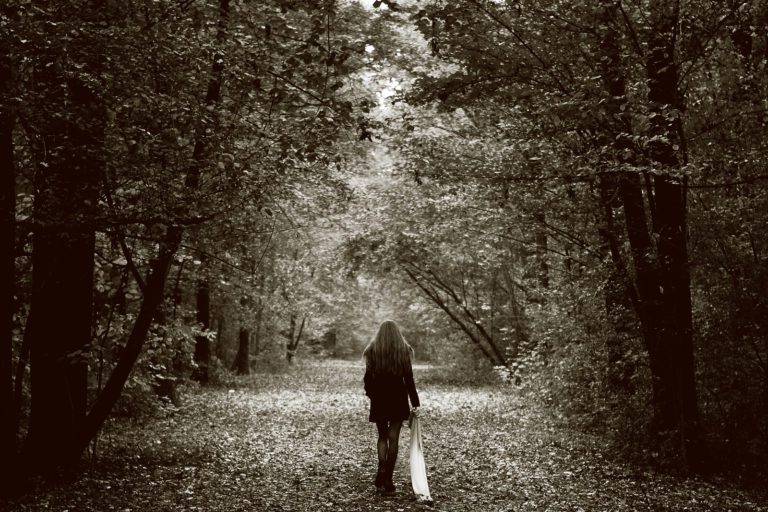 Camille Parker looked like a normal, healthy teenager—she ran cross country, went to dances, and spent time with friends. But behind closed doors, she suffered from something no one could see.

On her 16th birthday, Camille was at girls camp backpacking with the other Young Women in her ward. As they walked along the trail, she found that she was suddenly no longer able to carry her backpack. She spent the rest of the night sick to her stomach and shaking. Camille had had stomach problems her whole life, so this incident was not abnormal. That night she received a priesthood blessing promising her that she would be okay—a promise she would cling to for years to come.

When Camille started running on the cross country team again that fall, she trained harder than she had ever trained before, but despite her best efforts, her 25-minute 5K (3.1 miles) quickly turned into a 36-minute 5K. Over the coming weeks, her time only got slower and slower, with no apparent explanation. What started as a small stomach issue quickly grew into something much bigger than her invincible, healthy 16-year-old self could comprehend, eventually resulting in an emergency colonoscopy.

The day she received her diagnosis, her life changed forever. Camille woke up from an otherwise routine procedure with news from the doctor: “You have Crohn’s disease. You have to take these really difficult medicines (immunosuppressants) for the rest of your life. You have to totally alter you diet, but you’ll be okay. Good luck.” With no further explanation, she was left with a lifelong prognosis.

Camille’s diet changed immediately, eliminating everything but bone broth for the first month. She was gluten free, processed food free, fiber free, and sugar free. Her junior year of high school, she remembers vividly her mom showing up at lunch time to give her bone broth. Embarrassment flooded her heart, knowing this could tip others off that something was not normal, and with such a limited diet and a lack of nutrition, she understandably fell into depression.

With so many people asking questions and overwhelmed by the feelings of shame about her disease, Camille decided to start a blog that allowed her to express her feelings and inform people about what was happening to her. The title of her blog became a phrase she reminds herself to look for daily: Blessing in the Curse.

When it came time for her to go to college at Brigham Young University, the wound of having to explain her disease was reopened. No longer did she have a mom to cater to her dietary restrictions. Instead, she had roommates who loved to cook, and she was reminded every day that she couldn’t eat foods she liked and wouldn’t be able to for the indefinite future.

“I used to cry about hot dogs, and I don’t even like hot dogs.”

Dating and attending ward events also became difficult. Not only was there very little food that worked with her strict diet, but her frequent trips to the restroom made dating awkward and limited her social interactions. But in each trial, she sought to recognize the blessing in the curse. Consciously identifying things to be grateful for opened her up to healing, and though her disease often felt like a burden, she was determined to keep her heart soft instead of becoming bitter towards her life and towards God.

Inevitably, the topic of her disease would come up on every first date, especially if it involved going anywhere to eat. But as she neared her graduation, a young man named Seth Parker asked her to go ice skating and country dancing. They culminated the night with a cup of herbal tea (which was no problem for her). That first night Camille knew Seth was different. A week went by of seeing each other and she still hadn’t told him about her disease. Finally, after their first kiss, Camille invited him over for dinner, knowing this would be the night she would have to tell him. She was more nervous to tell Seth than she had been to tell any guy previously. She already really liked him and didn’t want to scare him away.

“How come you cook so much from scratch? How come you didn’t want to go out to eat?” Seth asked.

Camille hesitated and took a deep breath before responding. “Well Seth, I have to be really careful. I have Crohn’s disease.”

Seth’s response was unlike any she had ever seen. “Oh. Ok!” he said casually, and went on helping her prepare the meal, completely undeterred.

Winter melted into fall, and after Camille graduated, Seth went away to Alaska to work for the summer. They were confident in their relationship and knew they wanted to get married. Camille, for the first time since she’d started dating, felt loved and accepted, even with her disease. But as soon as Seth left, her health took a turn for the worst. Between graduating, getting laid off from work, and pushing herself to run a half marathon, her condition flared—bringing a temporary worsening and intensification of her Crohn’s symptoms. This flare was worse than any she had ever experienced before.

Camille began to stay in bed for most of the day, except for the regular and frequent bathroom breaks, and she hid the extent of her suffering from Seth. She loved him and wanted to marry him and have everything work out, but she began to doubt whether she would be healthy enough to visit him in Alaska or even marry him on the day they had discussed—December 27—only six months away.

One day as the sickness and pain enveloped her body and emotions, her bishop knocked on the door. “Camille, I just felt like I needed to come give you a blessing,” he said. In the blessing, she was promised spiritual and physical protection on her trip to Alaska, that she should move forward with faith, and that she would be healthy enough to get married. Despite this curse that was affecting every aspect of her life, she saw the tender mercy of her bishop’s arrival and she decided to trust in the blessing he gave.

Camille and Seth’s time in Alaska together was blissful, and Camille felt almost completely normal with very little flare symptoms. She was absolutely delighted when Seth got down on one knee and asked her to marry him. Happy and looking forward to the future for the first time in months, she got on the plane to go home only to get sick again on the journey home. Layovers, 8-hour plane rides, and middle seats are not ideal for someone with Crohn’s disease.

After her short respite in Alaska, Camille began to face new symptoms of Crohn’s that were extremely rare. Her doctors cleared their schedules and heavily documented the appearance of red lumps called erythema nodosum that developed all over her legs, which made moving or putting on pants excruciating. With the medicine she was taking, she had a high risk of lymphoma, and, once again, she couldn’t sleep. Camille began to doubt if she would even live to see her wedding day, let alone be well for it.

One night, in the midst of her pain, she finally fell asleep and drifted into a dream. She found herself on a sailboat. The sea was calm at first, but soon a tempestuous storm arose. As the boat rocked uncontrollably, it slammed up against a canvas wall and got stuck, hitting the wall over and over again. As she rolled in pain because her legs hurt so much, the canvas ripped open and she saw her Savior in the Garden of Gethsemane, rolling in pain because He was also feeling the pain in her legs.

Distraught at seeing His pain, she said, “You don’t want this. It hurts so much. It’s okay. Let me do it.” In reply, He said that He “Was shielding her from all the pain she didn’t need to feel.”

Camille woke up, moved beyond words. “Even though [my legs] hurt so bad, I had a better attitude about it knowing it could be worse. He’s shielding me from greater pain,” Camille said. Her pain suddenly had more meaning because she knew she needed it to become better and to learn to trust in Christ. Another dream a few days later let her know that she needed to overcome her fear and try a medicine that she had been scared to take.

When she and her mom went to the doctor for her first injection of the medication, it was another exercise of trust in God’s promises—if she would do her part and take her medication then she would be okay. Though it normally takes 12 weeks to work, the medicine made a significant impact on her health in just four days, and within a week, she went from being on bedrest 17 hours a day to exercising. Within the month, she went from less than 100 pounds back to her normal weight. This miraculous turnaround was yet another blessing in the curse.

The week of her wedding, Camille was nearly symptom free. She finally made it to her wedding day, alive and well, and found that the day meant so much more to her than it would have had she not suffered during the previous months. With some adjustments to her medication on her honeymoon, she was able to eat foods she was not normally allowed to eat. Even something simple like a bite of food made her cry with gratitude.

Some may look at Camille, a beautiful, blonde, athletic girl who just graduated from college and is newly married, and think she has a perfect life. Though her search every day for the blessings in the curse yields many results, her Crohn’s disease is a lifetime companion. Her body may not be healed, but her heart is whole because she knows God will always keep His promises, just as He has all along.

Thank you for sharing your journey. I have a 13 YO daughter that is currently experiencing some similar health issues that are yet to be diagnosed. As her mom it is so difficult to watch her remove herself from social situations that she once thrived in, not being able to eat and to see her so terribly ill. We often speak about her journey and how she is learning to be more prayerful, faithful and patient by leaning on her Savior and Heavenly Father to get her through this trial. I pray for your life to be blessed with continued understanding, hope and faith.

Thanks for sharing this intimate journey. I believe trusting in Heavenly Father to guide us in our medical decisions is so important. Fear can often keep us from doing what is best for our health. I waited too long to treat my Crohn's appropriately and have scarring that I may not have experienced had I followed my doctor's advice sooner. Praying for a cure some day!