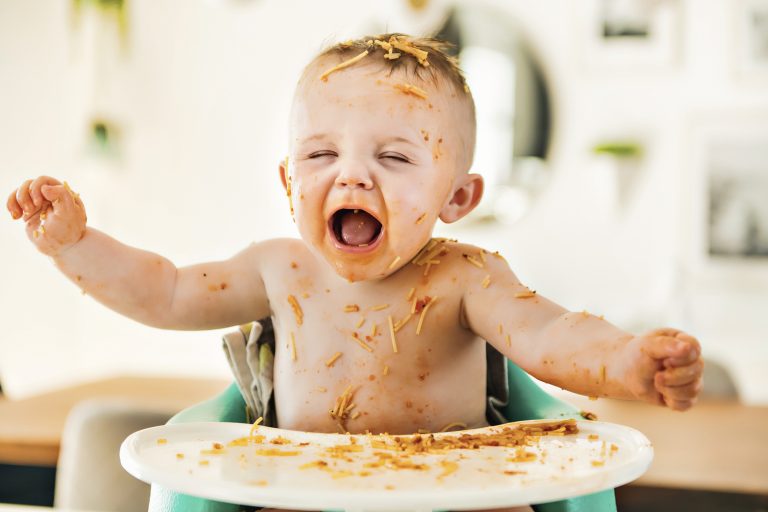 It was a Saturday, and I was home from school and work. My wife, Donna, was off to an activity with some other women, so I was taking care of our two-year-old daughter, Celese. She was our only child, but we were expecting another one soon. I had been working on some homework when I heard a knock on the door.

When I opened it, there stood an older lady who was a friend of Donna’s. The lady wanted to make sure we knew she was available to come watch Celese when the new baby came. I told her that Donna was gone, but I expected her back soon.

“Don’t be afraid to call me day or night,” she kindly said. “And from my experience, these things seem to happen more at night.”

We were visiting when I suddenly realized everything was silent. Celese had been playing with some toys in the bedroom, but I wasn’t hearing anything. I excused myself to check on her, and I found that she was no longer in the bedroom. In the panic that wraps itself around a parent’s heart, especially a new parent, I started dashing around the apartment to find her.

When I got to the kitchen, there she was. Earlier, I had made some bread to surprise Donna. When I had tried to get the lid off the flour bucket, I had to really work at it. I couldn’t understand why it was on so tight. I thought maybe we had used the bucket to sit on at the table because of the limited furniture in our college-student furnished apartment. When I put the lid back on the bucket, I had put it on loosely so it would be easier to remove the next time.

You guessed it, Celese was covered from head to toe in flour, and half the kitchen was, too. Suddenly, I realized someone was standing behind me, and when I turned, there was the lady. She gave me a look of pity and talked in a tone of voice that indicated she wondered about my child-watching capability.

“And if you need me at times besides when the baby comes,” she said, “don’t be afraid to ask.”

She was kind, but I was embarrassed, and I was grateful when she left. I then took my little two-year-old ghost to give her a bath.

Celese is grown now and has children of her own. She has one blond, blue-eyed daughter that looks like a perfect angel. She is, most of the time, too. So, when she does something that is less than perfect, it is often a shock to everyone. I smiled as Celese told us what had happened one day.

At the time, Celese’s daughter was four. Celese had a group of women over for a meeting about the arts in their community. They were planning some theatre productions and some concerts. These ladies were some of the leading women in the town. Celese was new there and wanted to get involved in some activities these women oversaw.

The women were deep into a conversation about upcoming events. Celese had just served some of her famous chocolate chip cookies and punch, and everyone was remarking about how good they were. It was then that Celese’s little angelic daughter stepped into the room.

“Did you need something, sweetie?” Celese asked.

Celese was more than just a little mortified, especially as the smell wafted their direction. She was sure her status in the community had just dropped off the bottom of the social scale. Not knowing what else to do and wanting to change the subject, Celese held out the plate of cookies. “Another cookie, anyone?”

The oldest, most prominent woman of the group shook her head and put the cookie she was eating down on the table. “No, I’m good.”

As Celese told me the story, I thought about a cute little gremlin, flour ghost, and I smiled. As a grandparent, it is always interesting to see our grandchildren give their own parents some of what their parents gave us.

One of my Pandemic discoveries is Meridian Magazine online and in particular your stories, the first of which I read several months back and now have been going back through the archives of your stories. They gladden my heart and cheer me up. This story in particular made me smile and reminds me of a lot of similar stories, little kids are great, especially grandkids, wished I could have seen more humor when my own kids were little. Thanks for your stories, you are what I would call the spiritual Patrick McManus or the LDS version of Robert Fulghum.