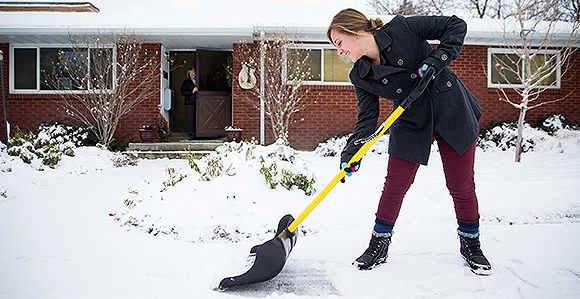 Youth who serve strangers feel better about themselves, new research out of Brigham Young University finds. Service to strangers has benefits that go beyond the immediate feelings and consequences.

The study, published in the Journal of Adolescence, found that youth who exhibited prosocial behavior, such as helping, sharing, and comforting people they did not know, had higher self-esteem a year later. Coauthored by Laura Padilla-Walker, a BYU School of Family Life professor, and her former student, Xinyuan Fu, of Central University of Finance and Economics, China, the researchers found the same findings were not true for those in the study who exhibited prosocial behavior only to family and friends.

“In this longitudinal study we found that when teenagers reported prosocial behavior toward strangers (but not family or friends), this was associated with feelings of higher self-worth one year later,” said Padilla-Walker. “In other words, helping those with whom teens did not have a relationship was associated with feeling better about themselves. This was true at all four ages we assessed these relations, suggesting it is a consistent finding across early adolescence.”

Although researchers have looked at prosocial behavior before—finding that teens who exhibit positive behaviors are more likely to stay out of trouble and have better family relationships—this time the focus looked at how it related to self-esteem.

“We know from a few past studies that self-esteem is associated with prosocial behavior, in that those who are more confident help more,” said Padilla-Walker. “But the current study suggests that the relationships go both ways and that prosocial behavior or helping also promotes self-esteem. This is especially important during adolescence when self-esteem generally dips, especially for females.”

To read more about this study on LDS.org, click here.