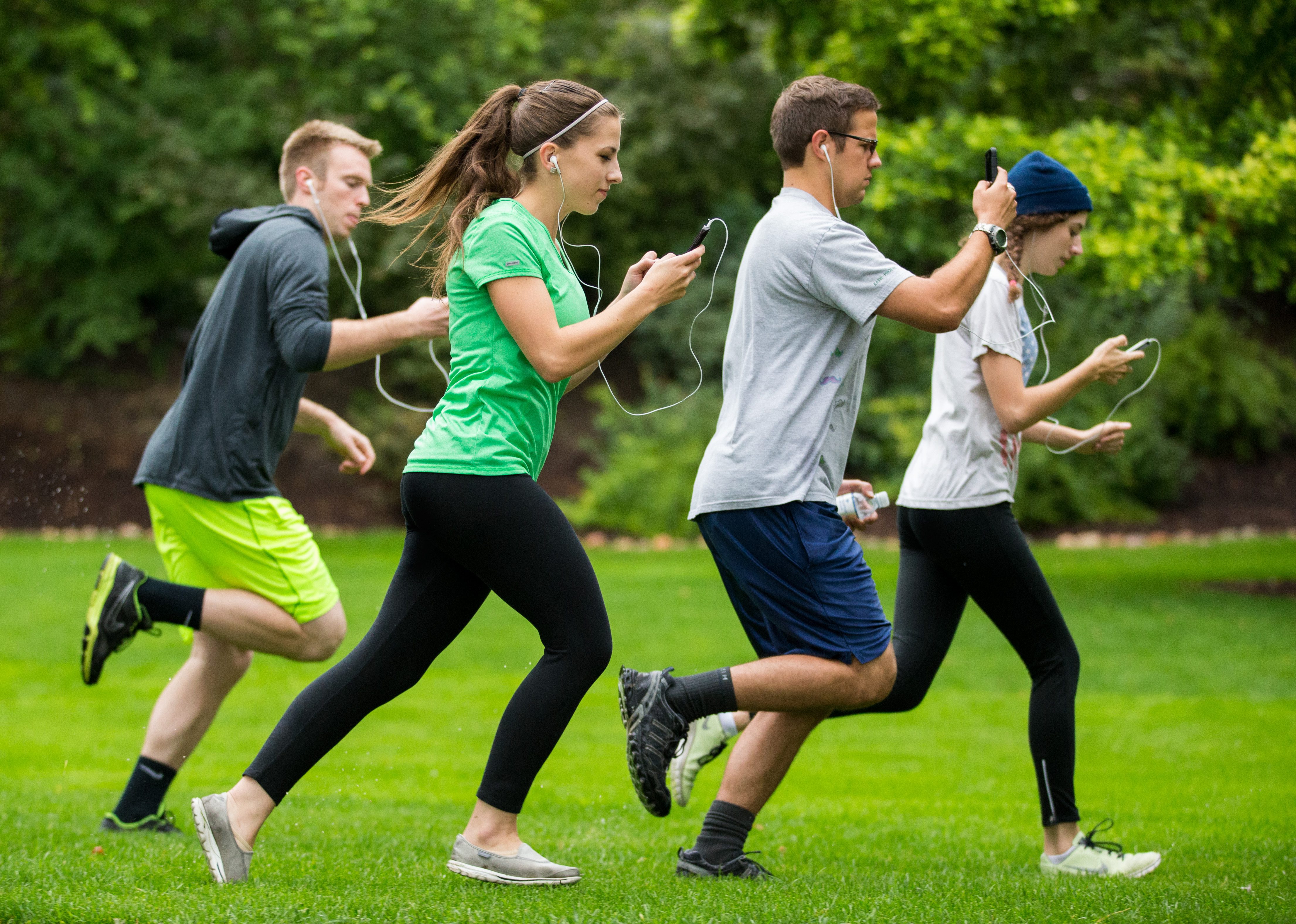 Teens use smartphones successfully to do almost anything: learn new skills, communicate with friends, do research and catch Pokémon. But a new study finds smartphones aren’t as useful for helping teens maintain weight loss.

In a 24-week behavioral study that combined traditional weight control intervention with smartphone-assisted helps, researchers found that teens lost weight initially, but couldn’t maintain it when smartphones were the only tool helping them stay on track.

“We know that teens are on their phones, which gives us a way to intervene in the moment,” said lead author and BYU psychology professor Chad Jensen. “We wanted to determine whether we could effectively use texting and a commercially-available smartphone app to help adolescents with weight loss.”

The study took place during two consecutive 12-week periods, the first of which combined electronic (smartphone) intervention and traditional in-person treatment. During this period, each of the 16 participants met weekly with a clinician and other participants to share their experiences and discuss topics like adopting healthy eating patterns, reading food labels and increasing physical activity throughout the day. In addition to these meetings, the teens were encouraged to record their daily food intake and exercise on the Daily Burn app. They also received text messages from the researchers three times each day to encourage healthy behavior and pose thought-provoking questions about motivations.

Study participants achieved modest weight loss during this period, decreasing their BMI by 0.08 points on average.

But the in-person meetings were removed for the second 12 weeks of the study, so the only interventions helping the teens stay motivated were the daily texts and self-monitoring on the Daily Burn app. During this period, self-monitoring rates dropped from nearly 50 percent to 16.8 percent and the teens regained their lost weight.

Jensen suggested that a possible reason for this result is that smartphones, no matter how helpful or easy-to-use, lack certain critical characteristics present during the in-person treatment.

“The Daily Burn app doesn’t include all the things we know are successful for weight control, like social support and the accountability that comes with that support,” Jensen said. “That support existed when the teens were meeting with other teens and sharing their experiences. And that was taken away.”

These results emphasize the importance of social support in creating lasting change and motivating healthy behavior. But this doesn’t mean that smartphone fitness tools are useless—they’re just best used as an add-on to augment other fitness habits by making it easier to track behavior and progress.

“We know that self-monitoring is really important for weight control as it helps people be mindful about the foods they’re eating, but very few teens do it because it’s so laborious,” Jensen said. “Smartphones were extremely helpful because they made self-monitoring more efficient—it’s much easier to scan a barcode than it is to track every calorie with paper and pen.”

Despite the limitations of current fitness apps on the market, Jensen is hopeful that improvements can be made to integrate support and accountability. Eventually, apps could become a viable and cost-effective alternative to traditional weight-loss programs.

“You can’t totally replace in-person social networks with virtual networks,” Jensen said. “But I think one of the future directions of mobile health technology is figuring out how to take advantage of people’s naturally-occurring social networks and using family and friends to fill the role that meeting with a clinician would normally fill.”

The end goal of this line of research isn’t to make the best app or lose the most weight or make weight-loss clinicians obsolete. Jensen says the goal is to figure out what works, and thereby help as many people as possible to live healthily.

“Our task isn’t education alone—most people know what foods are or aren’t healthy,” Jensen said. “Our task is to find ways to motivate and make the job easier. We want to make it less difficult for teens to live a healthy lifestyle.”