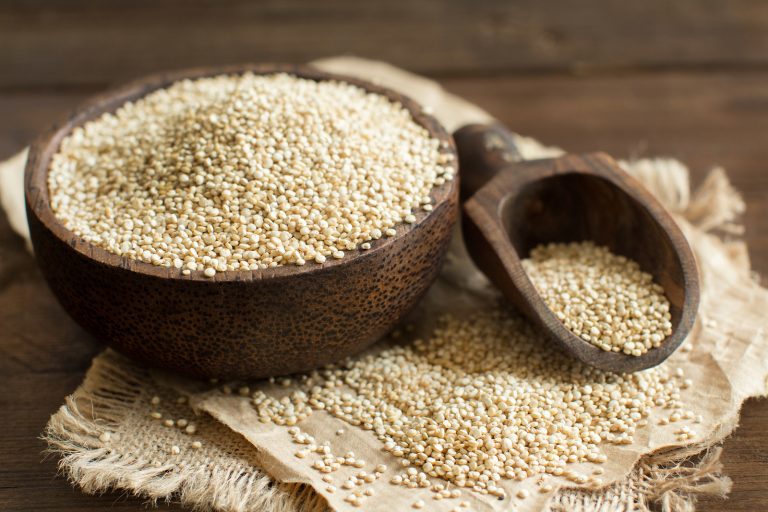 Researchers at BYU were major contributors to the first fully successful effort to sequence the genome of quinoa—a grain experts believe may hold the key to feeding the world’s growing population.

BYU Plant and Wildlife Sciences professors Rick Jellen and Jeff Maughan are coauthors of the study published today in Nature (click here to see the paper), along with BYU students Aaron Sharp and Ryan Rupper. The study was led by researchers at KAUST, a university in Saudi Arabia.

The full genome sequence of quinoa will enable scientists to modify the plant for more widespread, commercial use and production in low-altitude environments. In the paper, researchers identify genes that can be manipulated using selective breeding to improve the way the plant matures.

“In a world where populations are growing fast and climate change is altering the environment, plant scientist worry a lot about crop failure,” Maughan said. “That’s why quinoa is so vital. It not only has a full complement of essential amino acids (high protein), but it can be grown in marginal environments — salty soils, dry soils, high altitudes — where other staple crops cannot.”

Despite its potential to thrive in various environments, quinoa is still an underutilized crop with few commercial growing areas (Peru and Bolivia). Researchers hope that the genetic information unlocked in this research will lead to improvements that would spur production of quinoa globally.

For example, breeders might select for quinoa plants that are shorter, stockier and less likely to fall over (lodge), making them more capable of growing close together in large fields. Other breeding objectives for the plant include more compact seed heads and increased heat and biotic stress tolerance.

“If you can grow sufficient quinoa on the worst of land, you can provide a family or a community with the protein they may not be getting due to lack of meat,” Jellen said.

Rupper, a BYU undergraduate majoring in genetics & biotechnology, spent the better part of a year trying to find a genetic marker that controls the production of this chemical in quinoa.

“Experiments continued to fail, but eventually we were able to get good results that helped point us to two possible genes that affect saponin,” Rupper said. “This could help breed plants without saponin, which means sweeter-tasting quinoa.”

Jellen and Maughan helped the genome-building effort by sequencing two species from the ancestral gene pool of quinoa, enabling the identification of the two sub-genomes of quinoa. First author David Jarvis, a post-doctoral researcher at KAUST, earned his graduate degree at BYU, where he was mentored by Maughan and Jellen.