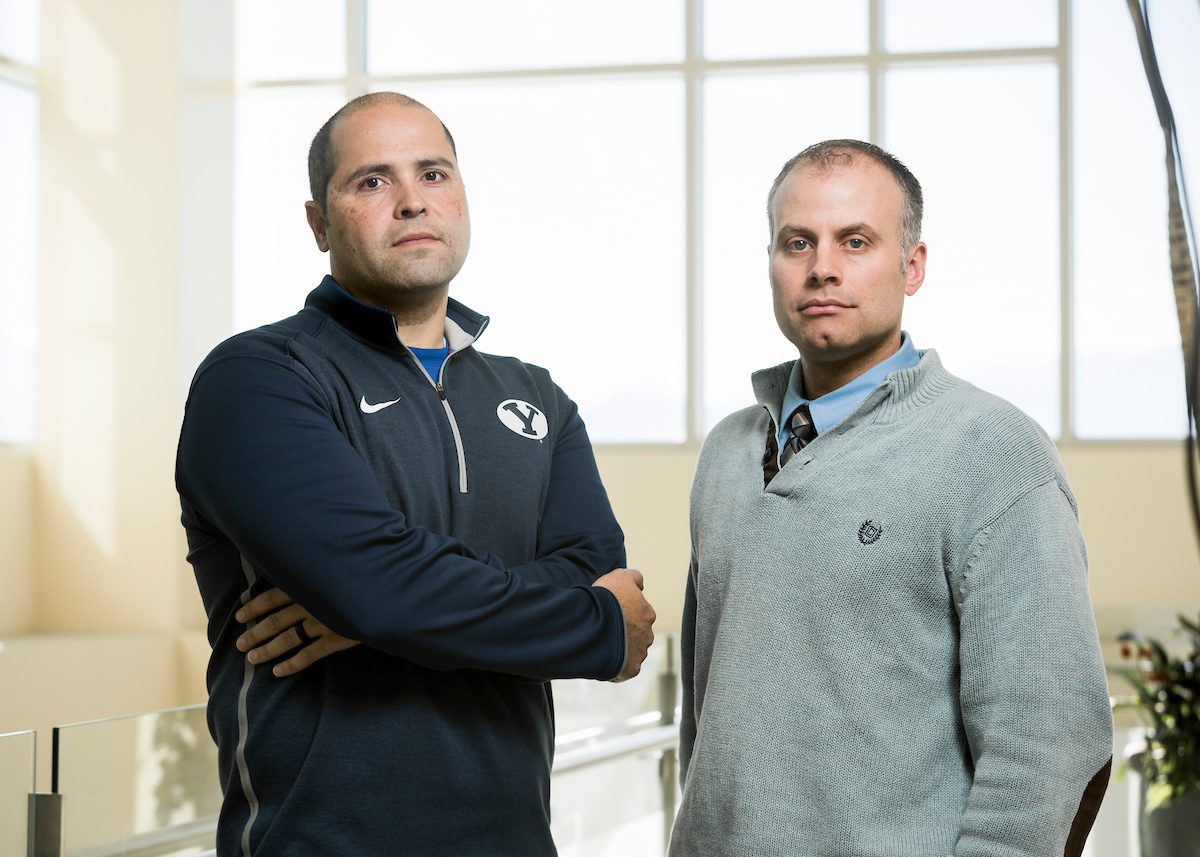 BYU research published today in Genome Medicine details a novel and promising approach in the effort to treat Alzheimer’s disease.

In other words, there’s a specific reason why people who should get Alzheimer’s remain healthy. Study authors believe this genetic function could be targeted with drugs to help reduce the risk of people getting the disease.

That former approach to Alzheimer’s disease has been generally effective in producing a list of genes that might impact risk for the disease, but it leaves researchers without sufficient data on what to do next. In this new approach, Ridge and Kauwe develop the biological mechanism by which a genetic variant actually impacts Alzheimer’s disease.

Using data from the Utah Population Database — a 20-million-record database of the LDS Church’s genealogical records combined with historical medical records from Utah — Ridge and Kauwe first identified families that had a large number of resilient individuals: those who carried the main genetic risk factor for Alzheimer’s (E4 Allele) but remained healthy into advanced age.

Using whole genome sequencing and a linkage analysis methodology, they then looked for the DNA that those resilient individuals shared with each other that they didn’t share with loved ones who died of Alzheimer’s. They discovered the resilient subjects shared a variant in the RAB10 gene while those who got the disease did not share the genetic variant.

“There are currently no meaningful interventions for Alzheimer disease; No prevention, no modifying therapies, no cure,” Kauwe said. “The discoveries we’re reporting in this manuscript provide a new target with a new mechanism that we believe has great potential to impact Alzheimer’s disease in the future.”

BYU was the lead institution on this research effort and collaborated with the University of Utah, Utah State University, the Mayo Clinic and the Washington University School of Medicine.

wow..im so impressed by this. my mother has alzheimers ..and when I ask about it they say its dementia and what they say is alzheimers is a form of dementia. so, with that in mind I wonder if what is found could possibly help with dementia period not just alzheimers. so many people are getting alzheimers now. I'm sure it has a lot to do with stress in life affecting our chemicals and harmones causing the genetic condition already present to come forward. who knows. this is such a serious condition and it would be wonderful to have it under control.