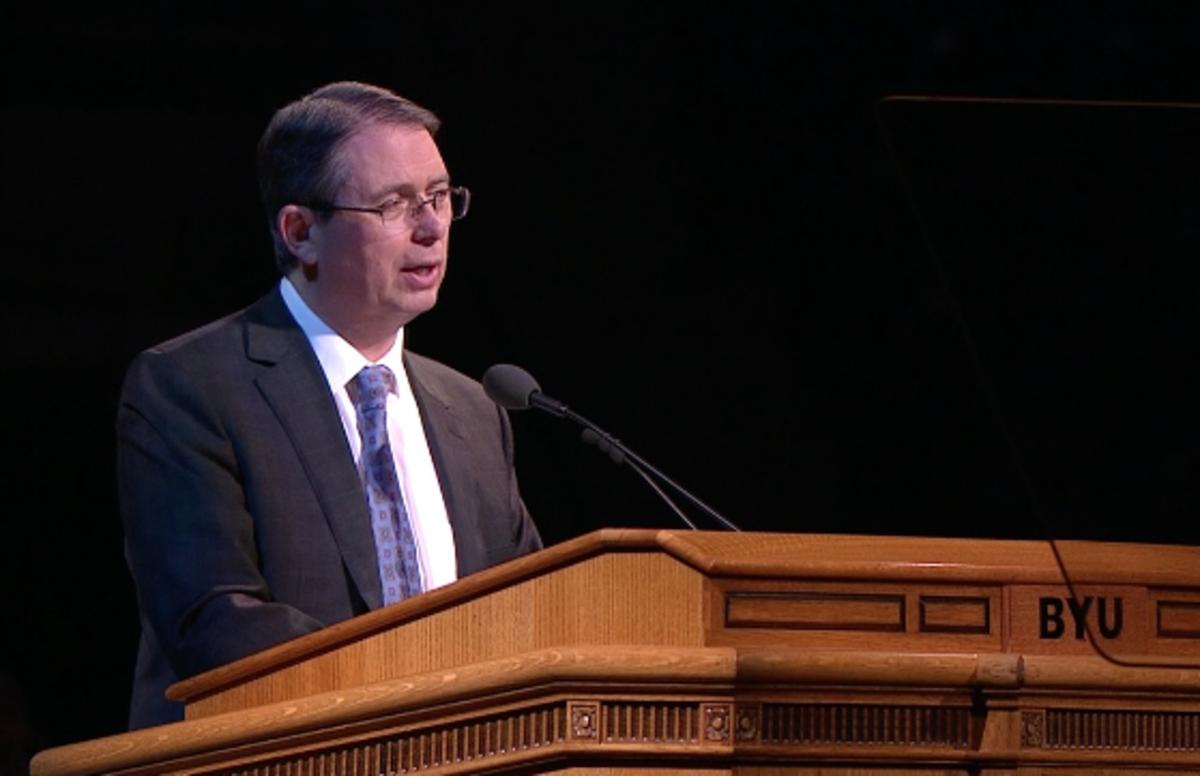 The following was written by Marianne Holman Prescott for the Deseret News. To read the full article, click here.

To those who are victims of sexual assault, “there is hope.”

That was the message of Benjamin M. Ogles, professor at Brigham Young University, during a campus devotional on Jan. 30.

Addressing the perpetrators, victims and loved ones of those who have experienced sexual assault, Ogles explained the importance of agency, accountability and the Atonement of Jesus Christ as it relates to the sensitive topic.

“Only by uniting our voices and actions to assist victims and promote respect for others can we help to end sexual violence,” he said.

Recognizing that in 2017, many stories were published regarding sexual harassment and assault, Ogles spoke of the increasing exposure of the issue. While headlines included the names of celebrities, politicians and corporate executives among accused perpetrators, many people joined in social media campaigns — such as the #MeToo campaign — to have a voice in the increasing, and sometimes controversial, issue.

Students listened as Ogles, who serves on the Advisory Council on Campus Response to Sexual Assault at BYU and is the dean of the College of Family, Home and Social Sciences, explained how he has seen first hand while at BYU the weightiness of the issue of sexual assault.

“This council focused on examining the university’s response to incidents of sexual misconduct,” Ogles said. “Our charge was to determine how to better handle the reporting process for victims of sexual assault.”

To gather information, a website was set up where more than 3,100 people submitted feedback.

“Though it took many hours, we read every response, some of which described personal, heartbreaking experiences,” he said.