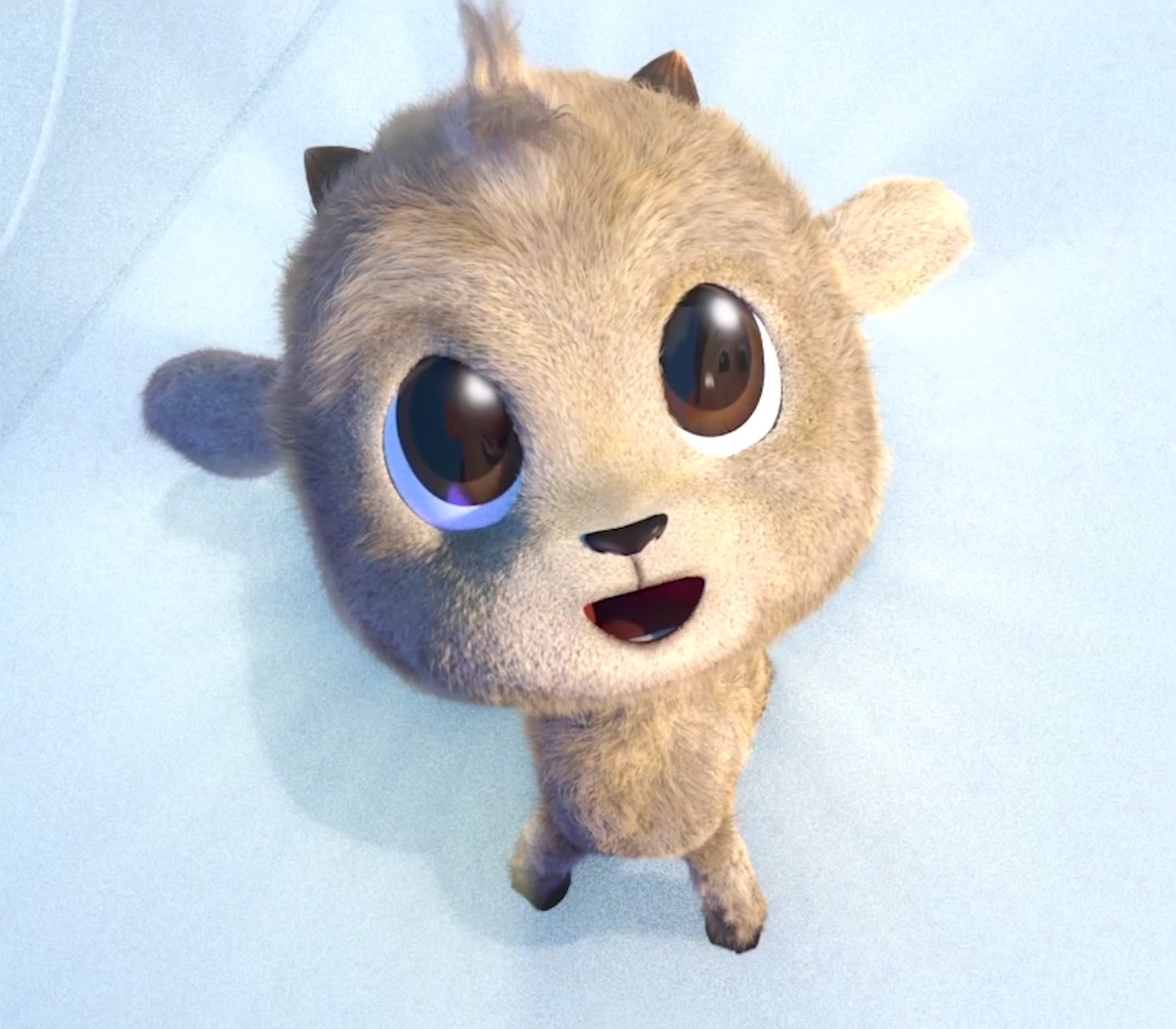 The tradition continued for BYU Center for Animation students, who won their 17th award in 12 years from the College Television Awards, commonly called the “Student Emmys.”

This year’s animated short was Ram’s Horn, a comedic piece documenting the ascent of an oblivious, cocky mountaineer on a quest to the peak of a daunting mountain. He faces a few obstacles along the way against an unexpected rival, but in the end meets his goal while learning an important lesson about getting his priorities straight.

Ram’s Horn was shown to a campus audience on Jan. 27. It was in conjunction with an address by president of Walt Disney and Pixar Animation Studios Ed Catmull. Afterward, the students who worked on the film got some feedback from Catmull, a legend in the field of animation. Catmull called it “an exceptional film.”

“Ram’s Horn is unique, and a winning project, because it’s our first foray into Warner Brothers,” said BYU animation professor and project mentor Kelly Loosli. “The students really like Chuck Jones and this is an homage to him.”

Jones was a Warner Bros. animator, producer and director for classic cartoons your grandparents might have even watched, such as Looney Toons and Merrie Melodies, with characters like Bugs Bunny, Daffy Duck and Pepé Le Pew. The BYU students especially tried to channel Jones’ work with Wile E. Coyote on Ram’s Horn.

“Ram’s Horn is a bit of a nutty film, where we explore all of the insane things that a person can do, but in the end, we find that everyone has a good heart,” said Ram’s Horn producer Garrett Hoyos.

The project had its fair share of challenges for the students to work through, such as animating and lighting snow and editing with meticulous timing. More than 50 students worked on the piece, which took an entire year to create. Toward the end, many worked eight hours a day and 50 hours a week.

The students did their best to immerse themselves in the film’s subject matter. They studied lambs, sheep and rams from every angle, even bringing taxedermied animals into the animation lab. They also took an expedition to a local climbing gym to study the art of mountain climbing.

Hamzawi and Hoyos said they felt some pressure to keep the tradition of excellence alive for the BYU Center for Animation. Students aren’t just winning emmys, they’re getting jobs in major Hollywood studios. Read about it in this New York Times piece.

“Not only are you getting trained on the job, but you’re trying to show professional results,” Hoyos said.

Along with Catmull, professionals at DreamWorks, BlueSky and Sony mentored the students working on Ram’s Horn. They also received feedback from the director of Frozen, Chris Buck, who visited campus last November.

Ram’s Horn is one of three student Emmy winners in the field of animation this year. Winning first place in the category was the School of Visual Arts in New York City.

“So how do I see the full-length short?”
Since this short is still in the running for other awards, it is prohibited from being posted online in full. However, this past year the BYU Center for Animation has posted all of the past student Emmy winning videos, and more, at studentfilms.byu.edu.

About the BYU Center for Animation
Established in 2008, the BYU Center for Animation operates under the direction of two colleges—the College of Fine Arts and Communications and the College of Physical and Mathematical Sciences. The animation major is intended to provide students with the skill sets necessary for success in the animation, live-action, special effects and game industry with emphasis on both the artistic and technological avenues. The computer science animation emphasis gives students the opportunity to learn both the technical and artistic side of creating and implementing digital animation and games, preparing them for technical careers with animation and game programming studios.