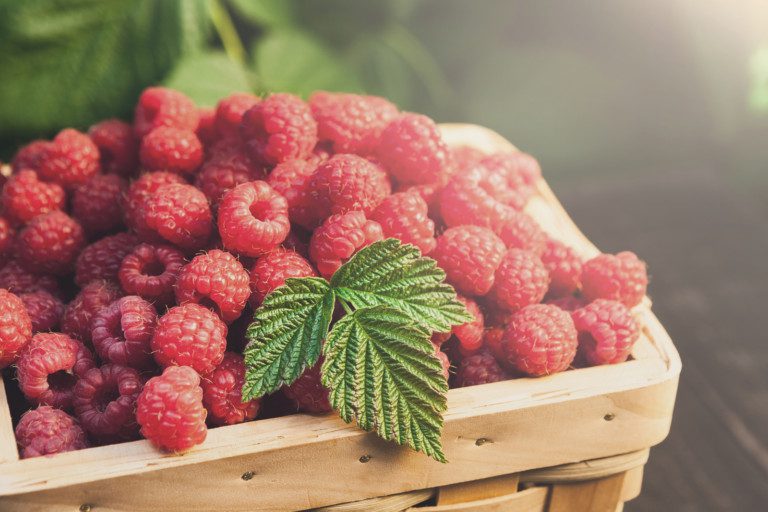 My children and I had been busy picking raspberries, enduring the heat of the sun. We finally felt we had enough to fill all of the orders so, sweaty and thirsty, we retreated to the cool of the house. We filled the flats and found out that we did have enough with very little to spare. We happily sat down for a well-deserved break. That was when the phone rang.

When I answered it, I heard a lady’s voice on the other end. “Is this the place that sells raspberries?”

I told her it was, so she continued. “How much do you charge for a flat of raspberries?”

“That sounds good,” the lady said. “However, I only buy the best quality, freshest raspberries.”

I told her we picked them just before people bought them so they would be nice and fresh, and it would take about an hour to fill a flat for her. She said she wanted one and would be out, so I headed back out into the sun to pick, letting my children take a break.

I had barely come in with the raspberries when the lady showed up. My children helped me quickly put them into a flat, and even heaped them up. The berries were beautiful.

But when the lady looked at them, she started to complain. “I saw a stem in those when you poured them.”

“Well, yes,” I answered, “there might be a few stems, but there shouldn’t be too many.”

“I don’t want any with stems in them.”

I told her we could sort through them and try to take out the one or two stems, but I was afraid that would mash them. “It would be easier and better for them if you just did it as you wash them,” I said.

“I’m afraid these berries don’t meet my high standards,” the lady huffed. “I knew better than to come to some little berry farm to buy raspberries. I have almost always purchased them at a commercial garden stand, and I guess I’ve learned my lesson.” With that, she turned and left.

As soon as she was gone, I turned to my wife. “Is there someone else that we can sell these to, or should we just use them ourselves? They’ll be too ripe by tomorrow.”

As we were discussing it, the phone rang. It was the owner of a local, small, commercial produce stand. “Would you guys happen to have a flat of raspberries I could buy right now? I’m out of the ones you sold me yesterday, and I have a customer here.”

I told him we had just picked an extra flat, and I would bring it right over. We sold them to him for only $18, so we preferred to sell them on our own. But it was better than nothing, and we already had more than we could use for ourselves.

When I arrived at his stand, I pulled around back. He took the berries from me and carried them out to the front to sell them. I could hear him tell the person that it would be $36. I sighed, wishing I was making that much.

I visited with an employee for a moment and then headed back to my car. That was when I ran into the lady that had come to our house, and she was carrying the very flat of raspberries I had just brought. She held them up. “Now, this is the kind of raspberries I am willing to buy,” she said smugly.

“I suppose, then,” I said, “it is good that I brought them over here for you.”

She looked at me, stunned. “These are yours?”

“Well, they were,” I answered. “But when you didn’t buy them, I brought them over here so the owner of this produce stand could sell them to you.”

Capitalism is a strange thing. Maybe if I had charged her the $36 she would have felt they were better berries and bought them from me.

As a old time raspberry picker, I loved this story!!