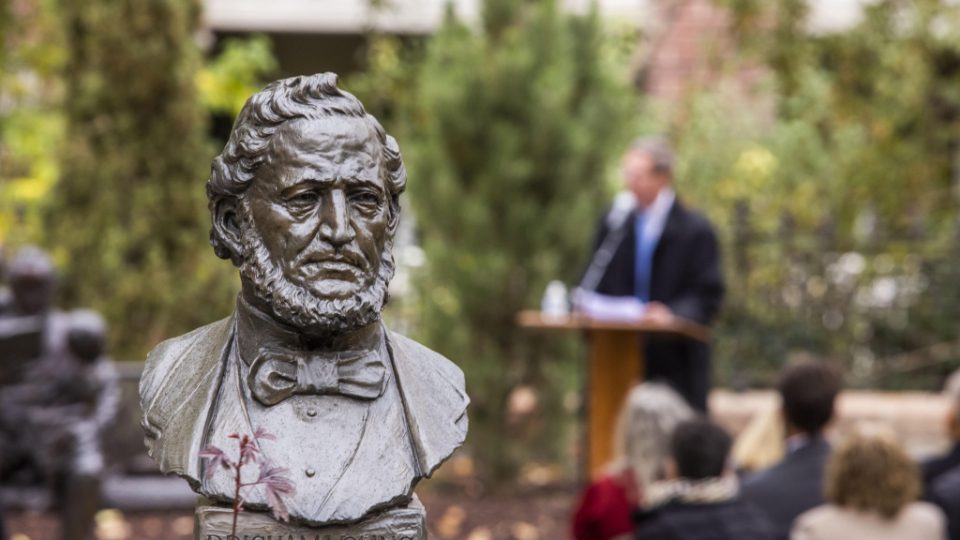 A rededication ceremony was held on Saturday, October 22, at the newly renovated Brigham Young Family Cemetery in downtown Salt Lake City, Utah. The 150-year-old landmark is the burial place of the second president of The Church of Jesus Christ of Latter-day Saints, Brigham Young, and several of his family members, including Eliza R. Snow, the Church’s second General Relief Society President and renowned Latter-day Saint poet.

Kevin W. Pearson, Utah Area President, presided at the rededication ceremony and praised the sacrifices of early pioneer Latter-day Saints who settled Utah under Brigham Young’s leadership. “It would be impossible to overstate his [Brigham Young’s] impact on the state of Utah and the ‘pioneer corridor,’” Elder Pearson expressed. “It has been said that ‘history is the fulfillment of prophecy.’ Nowhere is that truer than in the times and lives of the early pioneer Saints who came to the Great Salt Lake Valley.”

Part of the cemetery is dedicated to the legacies of early pioneers including William Clayton and Eliza R. Snow, whose poems were later adopted as Latter-day Saint hymns that continue to be cherished today.

A monument for Snow was also restored during the renovation. It memorializes the words of one of her poems, which was adopted as the hymn, “Oh My Father.”