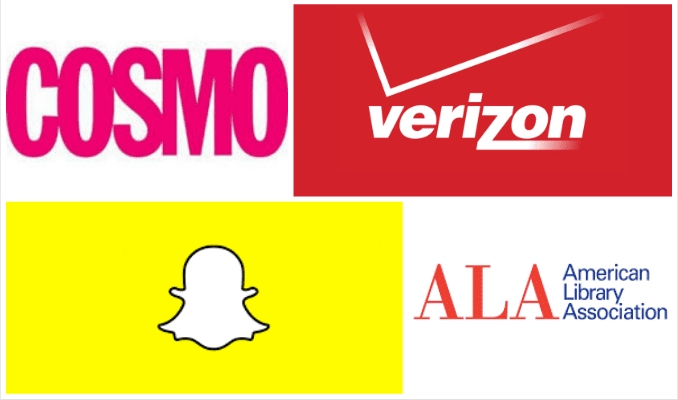 The National Center on Sexual Exploitation named 12 mainstream corporations and organizations to the 2016 Dirty Dozen List because of their facilitating sexual exploitation and/or distributing pornography.

This annual campaign has led to over 15 major policy changes since it first began in 2013. Notably, after being added to the list Google changed its policy so that it no longer posts online ads linking to pornographic content, and it removed all pornographic apps from Google Play. In addition, both Hilton and Hyatt Hotels pledged last year to remove all on-demand pornography from their guestrooms, and Wal-Mart committed to putting the sexually graphic Cosmopolitan magazine behind blinders in checkout aisles.

This year the Starwood Hotels and Resorts which includes names like Sheraton, Westin, and Le Meridien has recently implemented a policy to no longer provide pornography choices as part of their pay-per-view television offerings.

Here is this year’s list which now numbers 11 since Starwood Hotels has been removed.

Amazon, the world’s largest online retailer, is known for lightning fast-shipping, its Kindle e-reader, and selling virtually anything online. Regardless of their corporate policy, which prohibits all forms of pornography from being sold, Amazon is a worldwide facilitator of sexual exploitation. They distribute pornography and sadomasochistic paraphernalia; their Kindle e-reader exposes children to sexually explicit images and content, and Amazon Web Services is used to host pornography and prostitution websites.

Amnesty International has developed a policy document supporting full decriminalization of prostitution. Decriminalization of prostitution is one of the world’s most disastrous approaches to the sex trade because it is a gift to pimps and sex buyers allowing them to carry out their activities as mere business operators and customers and normalizes the sexual violence and exploitation inherent to prostitutes as a form of “work.”

Backpage.com is a classified advertising website that serves as the “hub” for prostitution advertising through its “adult entertainment” section and provision of free posting of such ads.

The Department of Justice: Federal law prohibits distribution of obscene adult pornography on the Internet, on cable/satellite TV, on hotel/motel TV, in retail shops, through the mail, and by common carrier. The U.S. Supreme Court has also repeatedly upheld obscenity laws against First Amendment challenges, explaining that obscenity is not protected speech. Even so, the U.S. Department of Justice (DOJ) refuses to enforce existing federal obscenity laws. From the time Obama took office in 2008, no enforcement action against illegal obscenity have been initiated by DOJ, and in 2011 former Attorney General Eric Holder dismantled the Obscenity Protection Task Force.

HBO has pushed the boundaries of sexual content in its programming by providing increasingly graphic depictions of pornography and sexual violence as entertainment.

Snapchat, arguably the most popular smartphone app used by Millennials and teens, is frequently used for sexting and the sharing of self-produced child sexual abuse images. Additionally, the built-in feature Snapcash has allowed users to monetize and profit from the exchange of pornography.