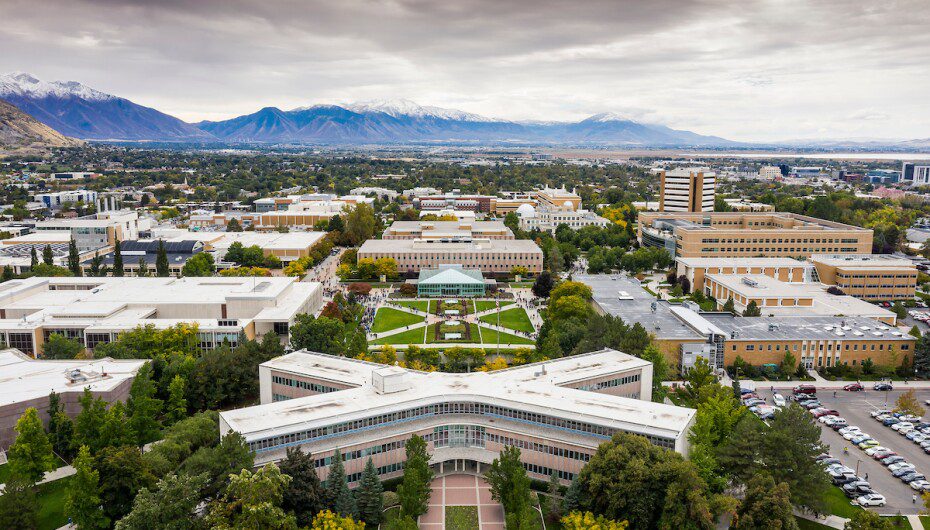 BYU AND SECULAR HIGHER EDUCATION: THE CHALLENGE OF A “GOSPEL METHODOLOGY”

This article and others to follow in this series is adapted from a longer article available here:

You may also want to see the video interview with Professor Hancock on the subject of this article by Greg Matsen of Cwic Media available here:  https://www.youtube.com/watch?v=NOLpenbEW8M

“[S]ome people in the extended community are feeling abandoned and betrayed by BYU.  It seems that some professors … are supporting ideas that many of us feel are contradictory to gospel principles… Several parents … no longer want to send their children here or donate to the school.”  Elder Jeffrey R. Holland read these words from a letter he had received to an annual conference of all BYU faculty, administration, and staff on August 23, 2021.  Elder Holland went on discuss the Church’s doctrine of marriage and family as a critical area of concern and cited then Elder Oaks and Elder Maxwell on the need for BYU faculty, like Nauvoo temple workers who had to defend as well as build, to take up intellectual “muskets” in defense of the Restored Gospel.  He went on to cite President Kimball’s 1975 “Second Century” address at BYU in order to remind the university of its need, not just to be an excellent university by common academic standards, but to be truly unique as a Latter-day Saint University: “[W]e must have the will to be different and to stand alone, if necessary,” Elder Holland emphasized, even at the cost of certain “professional affiliations and certifications.”

Elder Holland’s words were a clarion call to refocus on BYU’s true and unique mission.  Happily, they have not gone without effect.  Those eager to criticize Elder Holland’s counsel to BYU seized upon his references to “musket fire,” some even pretending to fear for their lives in the supposedly hostile environment that Elder Holland’s words had created.  But Holland’s critics overlooked what may prove to be the most consequential part of his talk, that is, the moment when he introduced Elder Clark Gilbert, Commissioner of Church Education, and asked him to visit the campus often and essentially to preside over the process of mission realignment that the apostle was effectively calling for.

A Time of Reckoning

Elder Gilbert has certainly taken on the assignment of BYU mission realignment with energy and conviction.  His messages to the whole university and to meetings for leaders and officers have made it very clear that he will assure that Elder Holland’s concerns, and those of many BYU parents and donors, regarding the university’s mission-drift are addressed.

It is much less clear, though, how these efforts to redirect BYU will unfold or what will be the eventual outcome of the present ferment.

BYU’s drift away from its distinctive religious and educational mission is most evident to outsiders in an increasing presence of and apparent tolerance for certain expressions of leftist ideological radicalism on the part some students and faculty.[1] But the more blatant demonstrations of ideological passions inconsistent with the gospel by a minority of faculty and students are only the tip of a massive iceberg that drifts mostly unseen.  That iceberg is BYU’s involvement in and dependence upon the larger academic establishment itself and its intellectual assumptions.  It is too rarely considered by academics and intellectuals that the influence of authority on the pursuit of truth does not operate only on the religious side of the educational equation.  It is important to reckon with the rather obvious fact that there is a secular academic establishment, a network of institutions and a force-field of professional prestige that necessarily exercises great influence over all universities.  The university’s drift away from the goal of being a unique university thoroughly informed by the Restoration is driven by deep and persistent intellectual currents, materialist or amoral and anti-family views of the human being that are now dominant in the mainstream academy.  These dominant intellectual currents are profoundly incompatible with the gospel and indeed with the  pursuit of truth itself understood as a standard and a possibility above human desire and power and ideology.[2]

BYU Presidents and other Church leaders have of course long recognized and warned against the threat to BYU’s distinctive mission represented by the massive secular drift of the academic establishment.   Such a warning has been nowhere more clearly  stated than in Church President Spencer W. Kimball’s 1975 speech referenced by Elder Holland (and, as we will see, by many others since), “The Second Century of Brigham Young University.”

We can sometimes make concord with ­others, including scholars who have parallel purposes. By reaching out to the world of scholars, to thoughtful men and women everywhere who share our concerns and at least some of the items on our agenda of action, we can multiply our influence and give hope to others who may assume that they are alone.

In other instances, we must be willing to break with the educational establishment (not foolishly or cavalierly, but thoughtfully and for good reason) in order to find gospel ways to help mankind. Gospel methodology, concepts, and insights can help us to do what the world cannot do in its own frame of reference.

In some ways the Church Educational System, in order to be unique in the years that lie ahead, may have to break with certain patterns of the educational establishment. When the world has lost its way on matters of ­principle, we have an obligation to point the way. We can, as Brigham Young hoped we would, “be a people of profound learning ­pertaining to the things of the world,”32 but without being tainted by what he regarded as “the pernicious, atheistic influences”33 that flood in unless we are watchful. Our scholars, therefore, must be sentries as well as teachers!”

It is very encouraging to note that Pres. Kimball’s bracing challenge has been closely studied over recent months by BYU leaders and has been quoted repeatedly and emphatically as a standard to strive for in much recent counsel to university personnel.

BYU President Kevin Worthen’s tenure as BYU President has been marked by a continuous and devout attention to the university’s distinctive mission.  His addresses to the university over the years can all be profitably studied by those pondering the school’s distinctive mission.  Pres. Worthen’s speech at this year’s University Conference speech is a particularly notable example of the recent enhanced emphasis on BYU’s religious mission, including its multiple references to the landmark speech by President Kimball, and in particular to Kimball’s call for a unique “gospel methodology” to inform teaching and scholarship at BYU.

It is striking, however, that President Worthen admitted candidly in this speech that he is “not fully sure what President Kimball meant by gospel methodology.”  In fact, officers of the university all the way down have been consistently humble regarding insight into the actual meaning of this key term.  Naturally, BYU faculty, especially those who may be skeptical of the relevance of university’s unique religious mission to their scholarly pursuits, have registered the fact that those to whom they are accountable admit to having no clear idea what they are to account for – that is, of the actual meaning and operational implications of “gospel methodology.”  (The mention of “gospel methodology” elicited nervous laughter among faculty in a recent interdisciplinary gathering I attended.) President Worthen’s humility and candor are welcome, to be sure, and the problem of knowing just what it means to adopt a gospel perspective in each of the fields of study of the modern university is admittedly very challenging, to say the least.  And Worthen is surely right to counsel us to take the Savior as our model and to seek personal revelation as to how to apply a “gospel methodology” in each of our domains.  We are unlikely to discover any fully consensual or “objective” standard of such a methodology to guide faculty hiring and development.  But surely some more concrete and substantive shared understanding will be necessary if the university is to move forward meaningfully towards a true mission realignment.

Without such a shared and incentivized understanding, the organization’s path of least resistance will always be determined by professional influences foreign to BYU’s distinctive mission.  Without a more specific linkage of academic disciplines to a distinctive and shared view of human purpose grounded in the Restoration, the idea of “gospel methodology” risks becoming a mere slogan, a dead letter.   Happily, as we shall see in a future installment, Elder Christofferson’s address at the same August 2022 university conference points the way towards the needed linkage between the Gospel and the academy.  Elder Christofferson’s presentation of the principle of “self-reliance” — an idea that, we will see, is at once material, moral, and spiritual — offers a way forward in BYU’s difficult challenge to become truly and uniquely centered, in its teaching and its scholarship, on the Restored Gospel.

Upcoming installments in this series on BYU’s mission-realignments will include:

Part Three: Elder Christofferson on “Self-Reliance,” and the Core of a “Gospel Methodology”

[1] Greg Matsen of Cwic media has done great service by identifying and publicizing some of the more egregious examples of this ideological activism at BYU.  See for example, this video, and this, and this.  And this.

[2] This essay cannot undertake the task of identifying and critiquing the assumptions that underlie the study of man and society in the reigning academic disciplines, especially in the social sciences and humanities.  A useful introduction to the problem might be Jeffrey Thayne’s FAIR presentation on Worldview Apologetics.  Here I discussed how an often implicit and unacknowledged worldview is deeply embedded in the evolution of liberalism, that is, at the core of our political regime. And in this First Things article from 2014 I explain how the uneasy truce between supposedly value-neutral scholarship and religious faith has been broken by the increasing ascendency of a certain “rationalism and reductionism.”