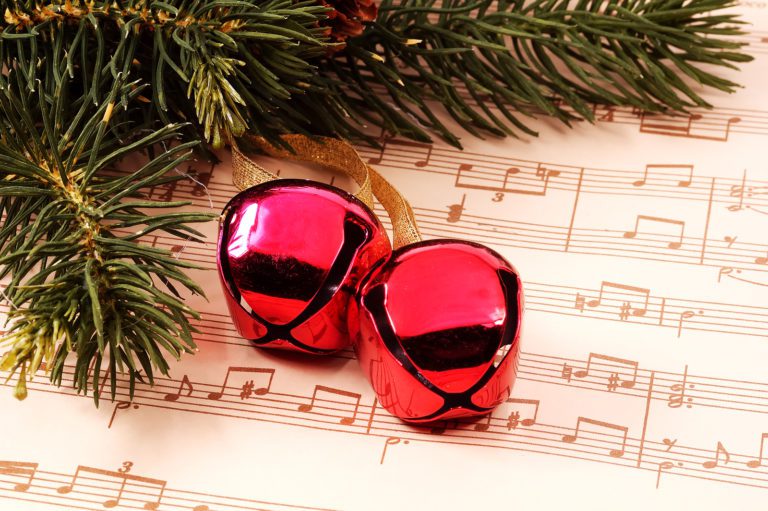 Sometimes you just wonder how you’re doing. Joseph Smith wondered how he was doing and an angel came. And kept coming. Angels can cause a terrible fuss (as per Joseph) and also scare the socks off you, unless you’re a shepherd and aren’t wearing any. Angels always start off with “Fear not,” because, well, hey.

My great-great grandfather Nathan Staker saw an angel. His daughter was deathly ill and he’d gone into the Canadian woods to pray for her. He lived in Canada, so they were just outside. An angel came and told Grandpa Staker that the gospel was about to be restored and that he should keep an eye out for it, which he did, and received it with gladness. Also his daughter got well, although this seemed to be sort of a tangent to the Angel’s primary message. The visitor’s hands were transparent. Make of that what you will. It happened. And continues to happen. A lot.

But this column isn’t about angels. It’s about how to find out how you’re doing. An angel can tell you, but here’s a less drastic (and less socks-eschewing ((hey, say that out loud and it’s funny—‘cause of the association between socks and schews—and then, of course, there’s that song we hear a lot at this time of year about “seven socks eschewing”)) ) method of checking up on yourself. Let me demonstrate.

How am I now? Spiritually and emotionally, I mean. I look back in my journal and see what I wrote, oh, an hour ago. That’s sort of now.

“Played my sweet Martin guitar for two hours at the Ward Christmas Breakfast. I love doing this kind of thing.”

I didn’t explain in my journal that in order to do this I had to get up at 6:00, earlier than is pleasant on a Saturday, to take a shower and find some clean pajamas to put on (we all came in our pajamas) and then get there early to set up a little PA system, so right now I’m really tired. Also I’m tired because I caught some kind of gomboo that settled in my throat and has robbed me of my singing voice, which is why I just played guitar.

Apart from being tired and a little hoarse (I’m a little hoarse—that’s funny, too, when you say it ((Once Elder L. Tom Perry said in conference that Nauvoo lay in a “harsh U-bend” in the Mississippi, which I thought was a rather unusual and eloquent image, until I realized that he actually had reference to what a horse is wont to wear on its hoof)) ), I’m feeling pretty good for an old guy. The mortgage is almost paid, I came home from the church and had a good breakfast (remember I was playing while everybody else ate), I’m thinking thoughts and writing them down for some of my favorite people, my Celtic band is within striking distance of finishing the mix on a really neat Christmas album, my son won his soccer scrimmage (funny, when you say it out loud, “scrimmage”—my spell checker just grabbed it, and I think it’s even funnier with both m’s), my daughters are done practicing their violins, the hedgehog is napping, and everybody seems to agree that Bluey the beta-fish likes me the best. Life is good.

But comparatively? In the larger scheme of things? Here’s the remarkably-effective-though-entirely-non-angelic tool (don’t hold onto your socks—there’s no need): Go back in your journal ten years and read. I haven’t a clue where this will lead me, I’m just as curious as you are (well, probably rather more curious, because, um, it’s me).

Ten years ago I wrote nothing on the sixth. Closest is 9 December 2004.

“Herod the Great for the primary party.”

So ten years ago at this time I was Herod. This would seem to indicate that, according to certain widely accepted virtue metrics, I’ve made progress. Let’s you and me and Sherman and Mr. Peabody go back another decade:

“Mom passed away quietly this morning. Sort of throws all our mundane scamperings into a liberating perspective. I’m excited for her. This is Tuesday. The last thing I’ll remember is spooning her ice cream on Sunday night.

“C. S. Lewis and John F. Kennedy died on the same day, and thirty-one years later so did my mom.”

Well, certainly not as bad as the Massacre of the Innocents. Still, a lot more melancholy than I feel here in 2014.

“Long days of work, ten to fourteen hours. Good income and rewarding projects, but a new need yawning to swallow every little advance. Today should have been pleasant, but I felt the blues and sang them out at Sundance tonight. Tricia was there, and Dave Boshard.”

(Tricia Storey. She and Dave B. are guitar-picking friends from way, way back. Dave and the late Bill Tuddenham opened for me at my first concert after the first album in 1971, and we used to drive down to his place in Fairview on Sunday afternoons and play guitars with about a half-dozen other artists. Before any albums at all, I sat beside Tricia in the BYU A Cappella Choir ((probably unlike here, it had the correct allotment of p’s and l’s—spell check, of course, hasn’t a clue)). In 1984 she was hostessing in the Tree Room restaurant at Sundance ((should have been singing—she had done it before, much better than I)) and Dave was the Fire Chief up there.)

“After work, we hung around the office. Dave sang a song and he and Tricia laughed about the movie stars who were always turning up. We talked about good times gone, not sadly, but then there’s precious little pure laughter these days, and very few innocent smiles.”

Sounds grim. Sounds a little too grown-up. Like a modern movie that doesn’t want to be simple. But there’s hope.

A few days ago, Stefanie Clark Eskander, an old friend who was, in ancient times, “The Official Marvin Payne Photographer and Illustrator,” posted on Facebook a picture she took of me and my picking-and-writing-and-recording partner Guy Randle before a concert in Logan in the mid-seventies, and some drawings from about that time that she made of us in Ft. Worth. Guy’s comment on the picture was, “We were so much older then.” I held my ear up to the screen and could almost hear other Facebookers scratching their heads over that comment, but I knew exactly what he meant. I was a lot older in 1984 than I am now. Everything was pretty doggoned serious. To show you exactly how serious, I have included a picture (the editors like me to include pictures).

So you see, in considering those earlier journal entries some progress is indicated! I’m younger now! And the guitar I played this morning is better than Bob Dylan’s ever was! Also less melancholy (I, not Bob Dylan’s guitar), and vastly more comfortable among mothers of two-year-olds.

[If you read through the elements of the above analysis, then go back and chronicle the corresponding journal entries, you will discover that the entries and the analysis are presented here in a kind of a chiasmus, and I didn’t even plan it that way! So you see, Backstage Graffiti is true in spite of its author!]

And I also find it curious that, apart from the Herod reference, which is certainly the worst detail about Christmas, there was no Christmas in those entries. This year there is Christmas! There was Christmas this morning in the church gym, when people sat down with other people they wouldn’t ordinarily have sat down with and talked and smiled their heads off and laughed at each other’s jokes. There was Christmas in the entry for Thursday, when down in American Fork I shared my Christmas story about Grandpa’s guitar with the ladies’ music club that they founded fifty-seven years ago and they cried (about the story, not about the founding).

There will be Christmas in what I write later today about the urgency my ward choir brings to convincing the shepherds to get their sockless feet moving toward Bethlehem. There’s Christmas in that nobody was killed in Wal-Mart on Black Friday, at least not physically. There’s Christmas in the fact that the Celestial Seasonings Herbal Tea Factory is shipping to stores a flavor called “Cranberry Vanilla Wonderland”! There’s Christmas bursting in the songs that I have neither voice (I’m a little hoarse) nor time to sing! There’s certainly enough Christmas for me to wish a bunch on you and have plenty left for me. Here’s a stocking stuffer:

Regarding the method, then: I picked ten-year intervals. You can pick what you want. I could have picked five-year intervals, but this column would have been exactly twice as long. Still, I did more than just find an entry for each decade—I wandered around through the pages for a week’s worth in every one of those years and got a feel for how things were. Well, they’re better now. This is good to know. Worth it, I mean. And I still have my socks on, which is kind of the whole point. Goodbye, and thanks for attending this month’s column.

But ooh! Ooh! OOH! I just imagined in a flash some of the things I might write on 6 December 2015! All kinds of possibilities! Makes me kind of excited! My wife put the Muppets Christmas album in the player in the car. (How else would I have thought of “seven socks eschewing”?) At the end, Kermit sings about peace on earth. I could be writing about that next year! Peace on earth, I mean! About being genuinely closer to it! About peace having its roots more deeply planted in the yard of the stable than in anything else.

Angels sing about it and it’s the same old stuff, then a frog sings about it and suddenly I believe in it! I already have the journal that will host that entry. It’s empty. I’ll start writing in it long about February—then it’s a clean slide into Christmas, 2015. After the ward party this morning I reminded my eight-year-old daughter about the real meaning of Christmas, which is “lots of presents for Daddy,” but no, it’s Peace On Earth! That’s what the angels and the frog said! Elementary. Even Wal-Mart could believe that if they’d ever close for twenty minutes and go for a ride in our car with Kermit!

Hey, what happened to this column? It’s supposed to be about looking in the past for perspective, and it’s being hijacked by the future (not the ghost of Christmas future, but the actual future, where Scrooge tosses a coin to the kid in the street and both of them whoop)! Bother, let’s read next year’s journal for perspective. Dash the spoilers! Full exclamation points ahead! (!!!)

But the reading back thing? Give it a try. What the heck. The safety of your socks may hang in the balance.

I always enjoy reading your columns, how nice to see my name in lights (ok, it's 10 point Times New Roman) and reminisce a little with you. The song was marvelous, and brought a tear to my eye. Partly because of the awesome message contained therein, and partly because it brought back so many sweet memories.

Thank you for another wonderful article that provides clean, honest amusement with a powerful uplift and at the same time deeply touching. Thank you for the beautiful song as well. Thank you!