We’re here! Now that the Thanksgiving feast has officially launched “the holidays,” most of us know that without some thought and effort, the rest of the year turns into a non-stop eating festival.

Now is the time to make some decisions. Throw out the last of the leftover pie and celebration food that has been adequately celebrated by now. How often has New Year’s Day found us in clothing that wasn’t this snug at Thanksgiving and starting all over again? The loss of momentum is almost more significant than the actual additional pounds themselves as a holiday weight gain somehow turn into even more pounds in the dark, cold winter months ahead.

Today’s Quote: “Those who fail to learn from history are doomed to repeat it.” – George Santayana

This year we celebrate the 164th anniversary of the publishing of “A Christmas Carol” by Charles Dickens. Of course we all know the plot and characters as well as our own families, yet each year and each retelling provides opportunities for revealing self-reflections that can change our days and our eternities. 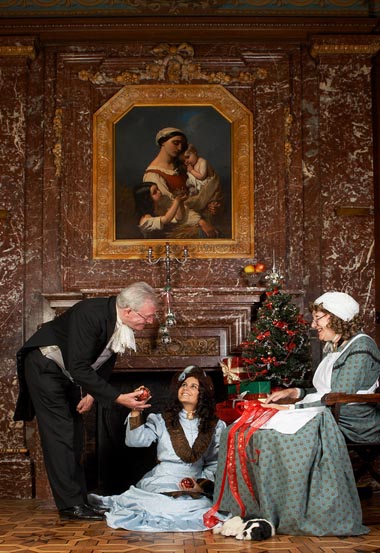 Speaking of history and speaking of failure, no one knew tough times better than Charles Dickens himself. He grew up in a large, poor family and was well acquainted with lack and hardship. Though as an adult he had become a successful, professional author, the fall of 1843 found him at one of the lowest points of his life.

Sales were down. His wife’s fifth baby was soon to be born, and he was deeply in debt. His publisher had informed him that his salary was going to be severely reduced. He was even considering moving his family to Italy, where living costs were less.

In despair over how to pay the bills, pay off a large debt and provide for his family, he came up with the idea for “a little Christmas story.” Drawing upon his own childhood, on which the Cratchitt family is based, and his social concerns for child labor and abuse, he says that the story opened itself to him as if in a vision.

Dickens described his writing plan as “a little scheme,” but as the writing of the story progressed, he was overwhelmed by the story’s joyful message. He said that during the writing he “wept, and laughed, and wept again.” The little ghost story became a special project that Dickens became passionate about and finished quickly, in about six weeks.

He was feuding at the time with his publishers, so, though in debt, he somehow financed the book himself. He ordered the text bound in a lavish binding and he set the price at 5 shillings so that everyone could afford it. As a result, the production expenses ate up most of the profits, despite extraordinarily high sales.

Within the first few days of its release, the book sold 6,000 copies. It has set records ever since, with millions hearing the story each year in an untold number of productions on stage and in books.

To this day, there is fascination with the characters, the symbols and the message of “A Christmas Carol.” No other book or story by Dickens or anyone else (save the Bible) has been more enjoyed, criticized, referred to, or more frequently adapted to other media. Some scholars have even claimed that in publishing “A Christmas Carol,” Dickens single-handedly invented the modern form of the Christmas holiday in England and the United States.

For those of us who read this column, how well we know our own Ghost of Christmas Past. However, we do not need to wait for January 1 to wake up from the fantasy month-long dream of “It’s the holidays, so I can eat everything.” It’s a choice to eat wisely and well at any time or season. We can set the pace for the month right at the first of December by easily creating our own “Christmas Carol for Health and Peace.” We can let it entertain our thoughts and guide our actions.

Best of all, It’s easy it’s free and it works! Whether you actually spend some time writing down some thoughts, or create it in your mind, this exercise is of great value.

Here goes: Replace the ghosts calling “Ebeneezer … Ebeneezer Scrooooooge!” With your own name and put your God-given imagination to work:

Review the Ghost of Past Christmas Eating: Even as Scrooge was taken back in time and allowed to see the past, review your weight and how your clothes fit by the end of the month of December over past holiday seasons. When did you start eating? At Thanksgiving? Were you able to stop? Did you feel energetic and happy, the way we do when we’re eating properly? Was your skin clear? Were you able to wear your regular clothes? Did you often feel bloated and wake up in the morning with that raw feeling in your stomach and mouth from eating too many carbs and refined sugars?

Now is the time to think about the coming holiday activities. Most of them are already on the calendar. There are many, many days and hours that are not out of the ordinary at all and do not justify “well, it’s the holidays, so I’ll just eat these cookies.” Save the treats for scheduled times and events and eat them only in the good company of others.

The Ghost of Christmas Present: Based on your current eating habits, how will the month proceed health-wise if you continue? If it is good, then continue. If not, then here’s a thought: What would happen if you took a month off from paying the bills or cleaning the bathrooms? It’s not a pretty picture! Apply that thought to your eating and exercise to help make healthy living a priority.

The Ghost of Christmas Future: Here’s the best and most fun one! No matter which is your favorite movie version of “A Christmas Carol” (my personal favorite is with the Muppets), jot down your realistic goal weight for a year from now. Imagine the exuberance of Ebenezer waking up on Christmas morning and realizing it’s not too late to change! Describe and visualize in detail how you’ll be looking and feeling at Christmas time next year. Vividly imagine the progress and envision the success you’ll experience throughout the year to bring you to this new point.

Ebenezer Scrooge became a new man as he was awakened to his mistakes of the past, and the unmistakable joy that there was time to change … time to change! Perhaps that is the best Christmas gift of all, and the very one that the Savior brings to us with His birth, His life and His sacrifice

It’s the first week of December and the perfect time to decide that this will be our healthiest Christmas ever. It may not be the month to lose five pounds, but we can lose ourselves in service and respect for the great gifts of life and a physical body.

We can also lose ourselves in a good book! If you’re looking for a good “Christmas cry,” here it is! LDS author Eileen Snow has just published “Hannah’s Reach.” It’s a modern-day Dickens tale that Charles himself might have written had he been alive today. I’m not the only one who cried and cried at the end. Ask for it at your favorite LDS bookstore or see it here: www.hannahsreach.com.

It’s Christmas and time to celebrate all the good things with health and purpose.

God bless us every one to eat wisely and well this December.

Today’s Empowerment: “My ghosts of the past are laid to peaceful rest as I consciously make health choices that show respect for myself and my life.”

Today’s Recipe: Christmas Eve Soup
(6 servings at 225 calories)
For many years, we used this delicious meatless soup for our “Nativity Supper,” although it’s good at any time. For our Christmas Eve, I served it on a low table with pita bread quarters and sliced cheese. We had grapes for dessert. I bought a used set of monkey-pod wooden bowls, and we all dressed up in bathrobes and scarves to pretend we were in old Jerusalem. Our family treasures this soup and these memories!