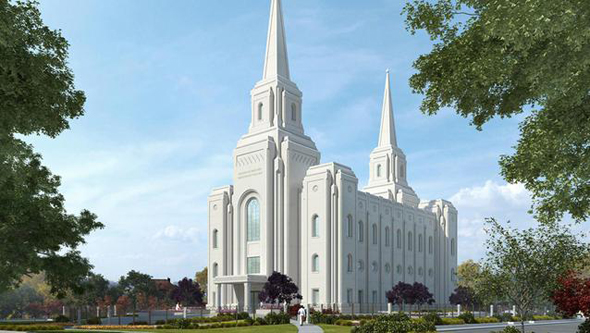 The Brigham City Utah Temple will be dedicated on Sunday, September 23, 2012, in three sessions. The public open house will be held Saturday August 18, 2012 through Saturday, September 15, 2012, excluding Sundays, and Saturday September 8.

The Brigham City Temple will be the fourteenth completed temple in Utah.

In conjunction with the dedication of the temple, there will also be a cultural celebration featuring music and dance on Saturday, 22 September 2012.

The Angel Moroni statue was placed upon the temple July 12, 2011.