Meridian at the Movies: VeggieTales, Faith and the Titanic, Zion's Theatre | Meridian Magazine

Meridian at the Movies: VeggieTales, Faith and the Titanic, Zion’s Theatre

Welcome to Meridian at the Movies, a new weekly column in which I’ll review the latest theatrical and Blu-ray/DVD releases from a Latter-Day Saint perspective. This week I’ll be giving my two cents on a new VeggieTales feature, a documentary chronicling the hand of the Lord both in saving lives and inspiring selfless heroism aboard the Titanic, and my experience catching a Hollywood favorite on Utah’s largest screen at Zion National Park. 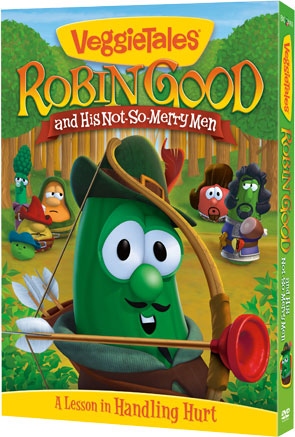 By now almost everyone has heard of Veggie Tales. The children’s program rich with Christian values has been an international sensation for almost twenty years. What many don’t know (or at least, I didn’t know until I had children), is that the series is consistently engaging for adults and kids alike, loaded with wonderfully catchy music, is often hilarious, and is surprisingly adept at teaching biblical stories and doctrines. This recent offering, which re-imagines the classic story of Robin Hood, has as its central message that “no hurt is too big for God,” whose love and teachings can carry us over life’s rough patches. It’s a profound message which, true to VeggieTales form, is complemented by the fun instead of lost in it. In this case, “Robin Good” fund-raises from the rich in order to give to the poor. When his merry men decide that stealing makes more sense, Robin refuses to join in, suffering their ridicule and rejection for doing the right thing. When the merry men are captured, Robin must forgive them in order to rescue them, in the process finding peace and God’s approval. The disc also comes with a sweet little bonus short, Lenny and the Lost Birthday, and a new “silly song” (family favorites at my house) entitled “Bubble Wrap,” a family discussion guide, and karaoke sing-a-longs. As the standard of VeggieTales products is high, my opinion that this disc is “average” for them is not faint praise: though they’ve had better episodes, the fact is this is superiorthan almost any children’s programming out there. Available from the VeggieTales website, Deseret Book, and Amazon.

Passages: True Stories of Faith and Inspiration From the Titanic 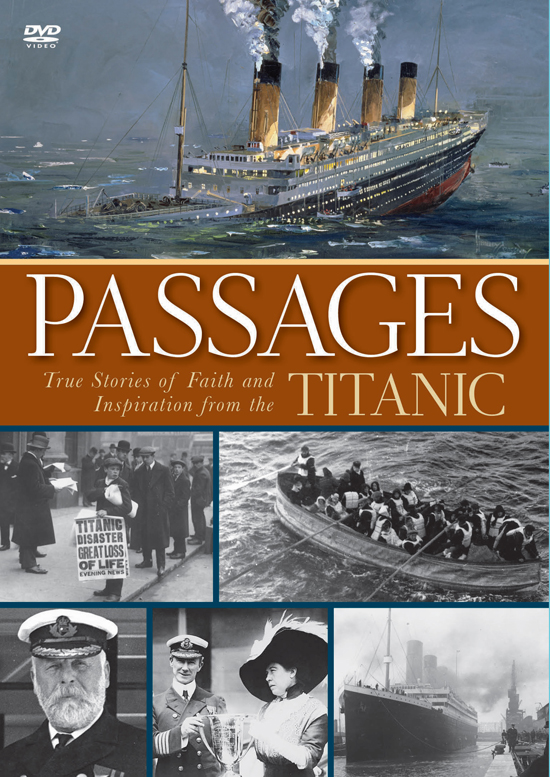 This bittersweet and uplifting new documentary from Covenant Communications honors the 100th anniversary of the Titanic tragedy by sharing true stories of Latter-Day Saints and other Christians who testified of God’s hand that night through their faith and actions. Some were spared rather miraculously. Others gave their lives heroically to save others or faced death with unyielding faith, finding comfort in the promises of the Savior Jesus Christ. Deftly using dramatized interviews and an impressive array of archival photographs, this roughly 35 minute doc is perfect for an inspiring and informative viewing on a Sunday afternoon. While I’ve personally found some of Covenant’s documentaries to be too dry to watch more than once, this is one I can see myself revisiting in the future. Equally worthwhile are bonus features giving fascinating facts about Titanic, Voices From Titanic (a mini-documentary in which men and women of faith share, in their own words, their experiences with the ship and their testimonies of the Lord), and Recollections of Irene Corbett, a Latter-Day Saint nurse from Provo who gave her life to service. In total, there’s an hour’s worth of material here, enough to justify the purchase price for history buffs and those who treasure inspiring true stories. Available at Seagull Book and Deseret Book. 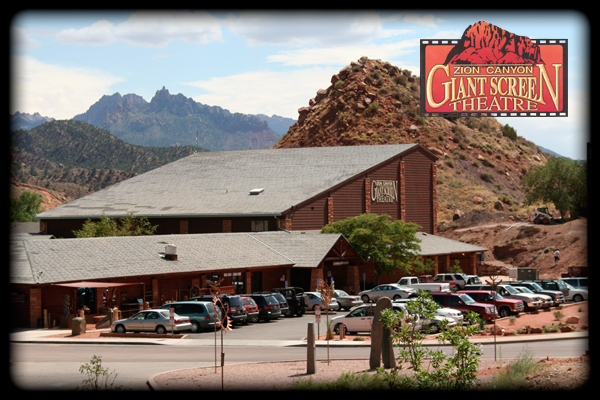 Last week I interviewed Betty Bingham, manager of the Zion Canyon Theatre right outside of Zion National Park in Southern Utah. The theatre, which boasts the largest screen in the state of Utah along with digital picture and sound, has been showing classic Hollywood films along with new films and their own features on a silver screen measuring six stories high. As a film buff with a passion for seeing movies on the big screen, I could hardly pass up the offer to head out there and see The Phantom of the Opera (2004) on such an immersive format (read my review of the film here). After stopping for some very good pizza, my wife and I headed to the theatre, which looks enormous, even from the outside. The architecture suggests a giant, rustic log cabin, with the interior following suit, loaded with memorabilia of classic Hollywood and the park. Once inside the theatre itself, however, there is no mistake that this is a state of the art venue, like an IMAX in the wilderness. Betty had told me that the picture and sound quality would vary with the quality of the print used, so I wasn’t surprised when Phantom played slightly light a DVD on an HD screen (a touch below the capability of the venue). Films with a digital print would likely look and sound stunning. No matter, it still looked and sounded great, and Betty was absolutely right when she said that there’s nothing like experiencing a film on their giant screen. I can say without hesitation that it is worth, many times over, the price of a mere $5 for an admission ticket. The seats were comfortable and it was easy to lose myself in the film. In fact, I’ve not enjoyed Phantom so much since I last saw it on stage. I can hardly think of a better way to relax and unwind after a day of hiking and shopping at Zion National Park than catching a movie here. Listings and showtimes can be found at the Zion Canyon Theatre website.

Next Friday I’ll be reviewing a slew of current theatrical releases, so come on back!