Conspiracy Theories, Romance, and Archeology- Lost Stones has it All! | Meridian Magazine

Conspiracy Theories, Romance, and Archeology- Lost Stones has it All! 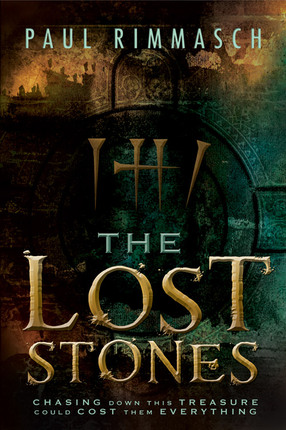 Lost Stones by Paul Rimmasch takes an often asked question concerning the stones touched by the hand of God from the Book of Mormon story of the Jaredites to build his first novel around a possible answer to the stones’ present day location. He incorporates several lesser known mysteries into the mix, adds a splash of archeology, a bit of romance, a few conspiracy theories, a dangerous hit man, one of the three Nephites, and a lot of close calls.

He begins with college student, Ammon Rogers, who drifted away from the Church as a teen, served a tour of duty in Iraq, then enrolled at BYU on a quest to find a non-petroleum solution to the world’s energy problem. His interest in the Church has been revived, but he wishes he could find conclusive proof that the Book of Mormon incidents really happened. Through one of his professors he meets John, an archeologist who is on a quest to discover Book of Mormon artifacts, primarily the stones that gave light to Jared’s and his brother’s fleet of boats. Ammon thinks that if the stones are found, they could be analyzed and duplicated to provide a clean energy source. Just as he is about to begin a relaxing Christmas break, John’s daughter shows up at his door demanding his help in finding her father who has disappeared somewhere in South America.

Concurrently a hit man for the petroleum giants is out to eliminate anyone who comes close to finding an alternative fuel and Ammon’s research draws his attention.

John’s daughter, Sariah, has some rough edges, but the two hit it off after a few false starts and they join her father in a search for the illuminated stones, a search that takes them to a forbidden site, a side trip to a Mexican jail where they are rescued by a mysterious stranger, and a hasty trip to the northern USA. The mysterious mounds and underground mines there yield clues and more than one close brush with death. They eventually travel to the Grand Canyon where more adventures and disasters await. The romance portion of the book also begins to build and both Sariah and Ammon learn to trust in each other’s strengths and abilities.

The conspiracy theories may be a little hard to swallow and some of the writing is a little amateurish, but an important point is made in that only the Lord knows what happened to the stones and that they and other architectural evidence are not necessary to developing faith in the truthfulness of the Book of Mormon. The very nature of faith means accepting truth based on spiritual confirmation before receiving physical proof.

It seems to me that the characters are a little slow to suspect the many accidents they narrowly escape aren’t merely accidents. The various settings are hardly noticeable until the group reaches the Grand Canyon where they come to life, especially in the rappelling scene. The characters could be fleshed out a little more, especially John. There was no real reason for his nationality and background to be so mysterious. The best part of the book is the way the author documents early archeological discoveries in both North and South America. Ever since I sat in a sixth grade class and first heard about the huge burial mounds found near the Great Lakes and ancient North American mines that have fallen into disuse my curiosity has been stirred to wonder about their possible connection to the Book of Mormon people. I found the conspiracy and environmental themes annoying and not well developed.   The story line is a little inconsistent, but easy to follow and the plot holds the reader’s attention.

Paul Rimmasch grew up in Utah. He graduated from Weber State University with a degree in criminalistics and a minor in photography. He is a crime scene investigator for Weber-Metro CSI and is involved law enforcement training. He lives in Utah with his wife and three children. This is his first novel.