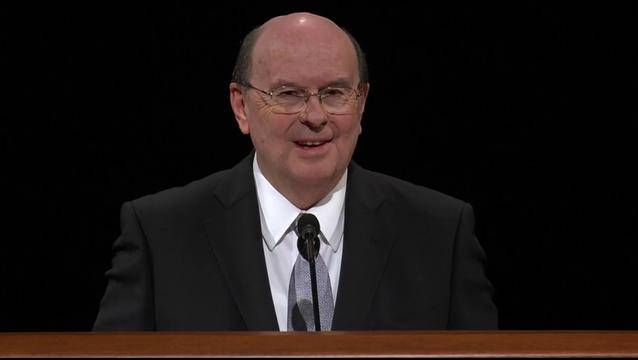 On Sunday Elder Quentin L. Cook, a senior leader in The Church of Jesus Christ of Latter-day Saints (Mormon), encouraged both Church members and those not of the faith to participate in the political process wherever they live.

“We would hope that [participation in the political process] would be true of all citizens, members and nonmembers alike, in all states and all countries where elections will be held,” Elder Cook said to college-age students Sunday in a regular worldwide satellite broadcast held at Brigham Young University-Idaho. “The price of freedom has been too high and the consequences of non-participation are too great for any citizen to feel that they can ignore their responsibility.”

Elder Cook specifically mentioned the caucuses in Utah and Idaho for the various parties that will be held starting this week. The First Presidency recently issued a letter to be read in all Utah congregations that encourages Latter-day Saints to attend their local precinct caucus meetings. (The Church is politically neutral and does not endorse candidates or parties.)

“Any use of the Internet to bully, destroy a reputation, or place a person in a bad light is reprehensible,” Elder Cook said. “What we are seeing in society is that when people wear the mask of anonymity, they are more likely to engage in this kind of conduct which is so destructive of civil discourse. It also violates the basic principles the Savior taught. “