The Artist is a Moving Tribute to Old Hollywood | Meridian Magazine

The Artist is a Moving Tribute to Old Hollywood 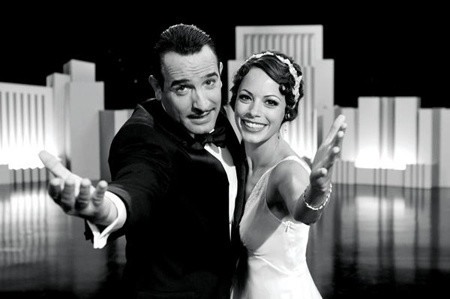 I apologize for the delayed review of this film, but it only just barely made its way to my town. A modern silent film in the style of classic Hollywood, The Artist hearkens back to the days of Charlie Chaplin and Buster Keaton, an era when comedy and emotion were conveyed purely through physical acting, and human movement was the only special effect needed. If this sounds too “artsy” for you, rest assured, this film is terrifically moving, uplifting, and fun. It’s also romantic in a tender, pure-hearted way that is all but lost from modern cinema. It could’ve stood to have 10 minutes trimmed from the middle portion, but otherwise it’s near-flawless; it’s recent nominations for a slew of Academy Awards (including Best Picture, Best Actor, Best Supporting Actress, and Best Director) are justified. 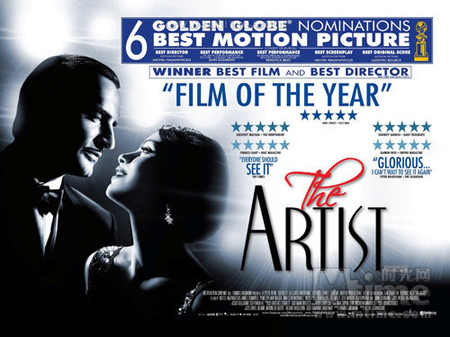 The film follows a silent film star who becomes irrelevant with the advent of “talkies” (i.e. movies with sound) and his rescue from despair by the love and friendship of a woman he once stood up for. Lead actor Jean Dujardin gives a performance of great variety; he has the cheesy grin of a matinee star, but reveals humanity and heartbreak as he goes on. The real find here is Argentine actress Berenice Bejo; who’s at once glamorous yet human. She’s charming and spunky but capable of conveying warmth, intelligence, and compassion. The two have terrific chemistry from the start. Supporting performances are solid (John Goodman and James Cromwell, as a film producer and a butler, respectively, are particularly good) and the use of music and cinematography are both first rate. One of the most creative and entertaining films of 2011, The Artist is a treat for film-buffs and the open-minded who are willing to give it a chance. Also, the final dance number is incredible. (Note: if you enjoyed The Artist, I recommend Charlie Chaplin’s City Lights and Gene Kelly’s Singin’ in the Rain). 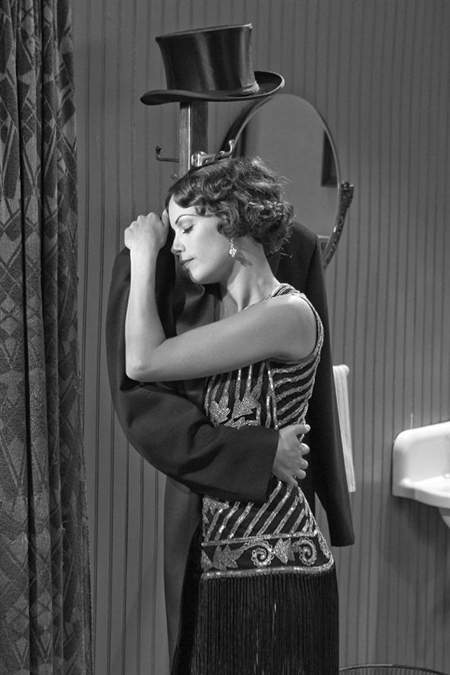 CONTENT OVERVIEW: The Artist is rated PG-13 for some smoking and drinking, one obscene hand gesture, one mild profanity, and a contemplated suicide. (Spoiler) A married man and a single woman feel romantic chemistry but do not act on it until years later, when he’s divorced for unrelated reasons.

MESSAGES TO DISCUSS: Pride and arrogance lead to failure (Proverbs 16:18). Treat others as you would like to be treated (Luke 6:31). True love is more than chemistry and attraction; it is kindness, patience, endurance, and taking care of each other (1 Corinthians 13:4-5). “Forgiveness, with love and tolerance, accomplish miracles that can happen in no other way“ (Gordon B. Hinckley). Life can compel us to be humble, which leads to obtaining mercy (Alma 32:13).