A recent history channel documentary (title: Decoding the Past: “Doomsday 2012: The End of Days) draws on a myriad of sources said to predict doomsday on December 21, 2012 at 11:20 a.m. UTC time.   Using archeological, astronomical and prophetic sources, I believe this date based on the Mayan calendar is NOT the “end of days.” 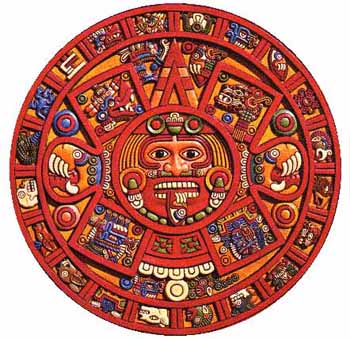 Much is made of the alignment of this Mayan reset day with the winter solstice and also aligned with the sun crossing the galactic center on that day. The fact that only the compromise correlation of the five versions I mention lands on December 21, 2012 raises questions of whether the GMT correlation is the best version. I believe it is not the best correlation and therefore the solstice and galactic equator alignments do not really occur on the Mayan date.

The solstice alignment is asserted to occur simultaneously on December 21, 2012 at 11:12 a.m. (UTC time) with the apparent alignment of the sun in the ecliptic plane with the galactic equator of the Milky Way. John Jenkins pointed out that on the solstice date and time that the galactic equator has been behind the sun since 1980 and will continue until 2016. This claim also depends on the accuracy of our current theory of the position of the line marking the galactic equator-which is not the only theory. Click here to examine his article. (“Galactic Alignment 2012 by John Major Jenkins”) 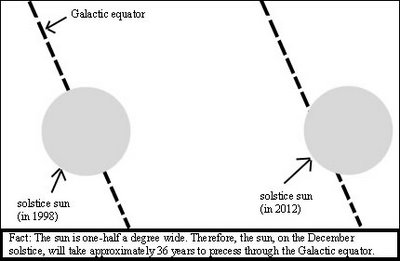 Each year the sun moves through the zodiac constellations at about one degree per day because of the orbit of the earth around the sun. Additionally, like a wheel within a wheel, the sun appears from the earth to move across the zodiac constellations one degree in every 72 years. This 25,800 year precession of the earth in its orbit is caused by a wobble of the spinning earth much like a top.

Well and good, so we have a precise date and time for the winter solstice in the northern hemisphere and a one day long count reset for the Mayan calendar. This is a rare alignment. The theory is that it means something very important, such as the end of the world. Yes, it would be important to have the calculations all down pat for something that “earth shattering.” And, it would also be good to know if there is any significance to this alignment or not.

I do not believe that the GMT correlation, one done by committee, is the correct Mayan correlation. I believe that John Pratt’s correlation is the correct one, which has been proven out by the ancient calendar studies he has done for over 30 years. Change the Mayan calendar correlation by a day and most of John Pratt’s alignments don’t work at all. An amazing result of his work is that it has provided a way to actually test the correlation theories to quarter day accuracy against known or theorized sacred dates in history. Neither the GMT composite, nor the Goodman, Martinez or Thompson’s correlations will work with John’s alignment theory to give any results like we see in this summary of his sacred calendar dates. (“Religious Chronology Summary“)

If the Mayan correlation is not on December 21, 2012 for the long count turnover, then what time of the day on, for example, December 20, 2012, should we measure whether the sun is in front of the galactic center line? The problem is that 24 hours earlier than the solstice date of December 21, 2012 11:20 UTC, the galactic center will not seem to be behind the sun at all, being one degree off due to the earth’s orbit around the sun.

If the GMT Correlation is not an Accurate Theory …

The bottom line statement is that the galactic equator alignment possibility with the winter solstice for 2012 depends on the GMT Mayan calendar correlation being a true representation of what the Mayans used. The alignment completely falls apart if the correlation is not correct.

If the GMT correlation is not correct, then the Mayan reset is not aligned with the winter solstice. And, once again, the theory of any alignment significance falls apart if there is no alignment.

Look at these sites for many of the issues according to astronomers on the 2012 date: “Ask an Astobiologist: What about the earth’s wobble’?”   and “The Great 2012 Doomsday Scare.”

Turning to Ancient and Modern Prophets

In this documentary on the history channel, interpretation of the writings of Merlin, Mother Shipton, biblical prophesies, the “web-bot” project and Hopi prophesies, along with a large dose of global warming are all woven into the 2012 doomsday date prediction.

This seems to me to be mostly a big new age leap of faith and a conglomerate mass of confusion. 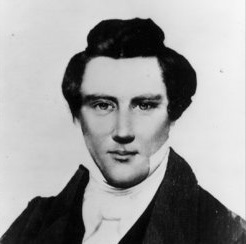 Joseph Smith debunked prophesies by Adventist founder William Miller on his prediction of the end of the world on April 3, 1843. Joseph Smith did not make any inspired retranslations of the Book of Revelation account that would shift the great sixth seal earthquake (Revelation 6:12-17) beyond the closing of the sixth thousand year period. With sixth seal signs yet to occur, that would seem to leave the seventh seal signs also being in the future. The largest part of the Book of Revelation talks about the seventh seal events. With so many signs still in the future, I do not believe that the end of the world will happen next year.

Read this link to John Pratt’s theory that there may be a “little season” (“Sacred Calendars Q and A: #3 Seventh Seal“) like a leap day/week/month calendar correction (a day for Gregorian, week for Enoch and month for Hebrew calendars) that could apply to the date range possible for the sixth seal events. John theorizes that it might be 2033 or all the way to 2070 before the sixth seal has fully closed, even as the seventh seal begins to open.

Neither John Pratt’s theory nor disbelief of the 2012 doomsday prediction certainly precludes great and marvelous last days signs continuing to happen across the world. An acceleration of signs will likely continue, whether they are financial collapses and wars caused by man or great tsunamis or meteor collisions caused by nature. I believe that 2012 will surely be another great year for fulfillment of last days signs.

Joseph Smith noted other events that had yet to occur in his day and some still remain unfulfilled even today. He said: “Judah must return, Jerusalem must be rebuilt, and the temple, and water come out from under the temple, and the waters of the Dead Sea be healed. It will take some time to rebuild the walls of the city and the temple, Etc.; and all this must be done before the Son of Man will make his appearance.” (History of the Church, 5:337) 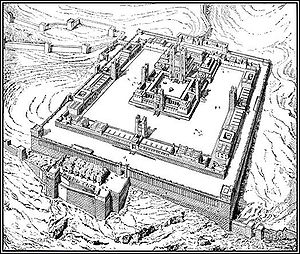 My Uncle Richard Davis, a water geologist, would tell me about the Jordan River-Dead Sea system in Israel. If the Dead Sea is to be healed and become a living lake again, then it will take a great torrent of water flowing out from under the temple to do so.

The hubris of pretending that we know the end of the world date, rather than believing the scriptures that say “neither the day nor the hour” (Matthew 25:13, D&C 133:11) is also quite striking. One of the most interesting things I have learned by following John Pratt’s ancient calendar research over many years is that the foreknowledge of God is testified of through the statistically rare calendar holy day alignments. However, because of the number of possible alignments to choose from in the ancient calendars, plus many great events that seem to have no holy day alignments at all, general predictions of future events fail. Look at John Pratt’s article on the December 26, 2004 earthquake and tsunami to understand this conclusion (“Tsunami on Trumpets“)

With the popularity of the 2012 date, hopefully we will all become better informed on the issues regarding the supposed end of world prediction and, as the prophets have urged us, not to panic. We should rather quietly and consistently continue to prepare for the great and marvelous last days events still ahead in coming years and decades.

As President Boyd K. Packer has said many times: “Plant your fruit trees.  Cultivate them, fertilize them, watch them grow, and enjoy the fruit thereof.  If the end comes during the process, so what?  Do not deprive yourself of enjoying the fruits of your labors by living in fear of the world’s problems that lie ahead.” (“Do Things that Make a Difference,” quoted by M. Russell Ballard, Ensign, June 1983).

Ron Millett has worked in Artificial Intelligence software development for 40 years and enjoys researching the connection between science and the restored gospel.